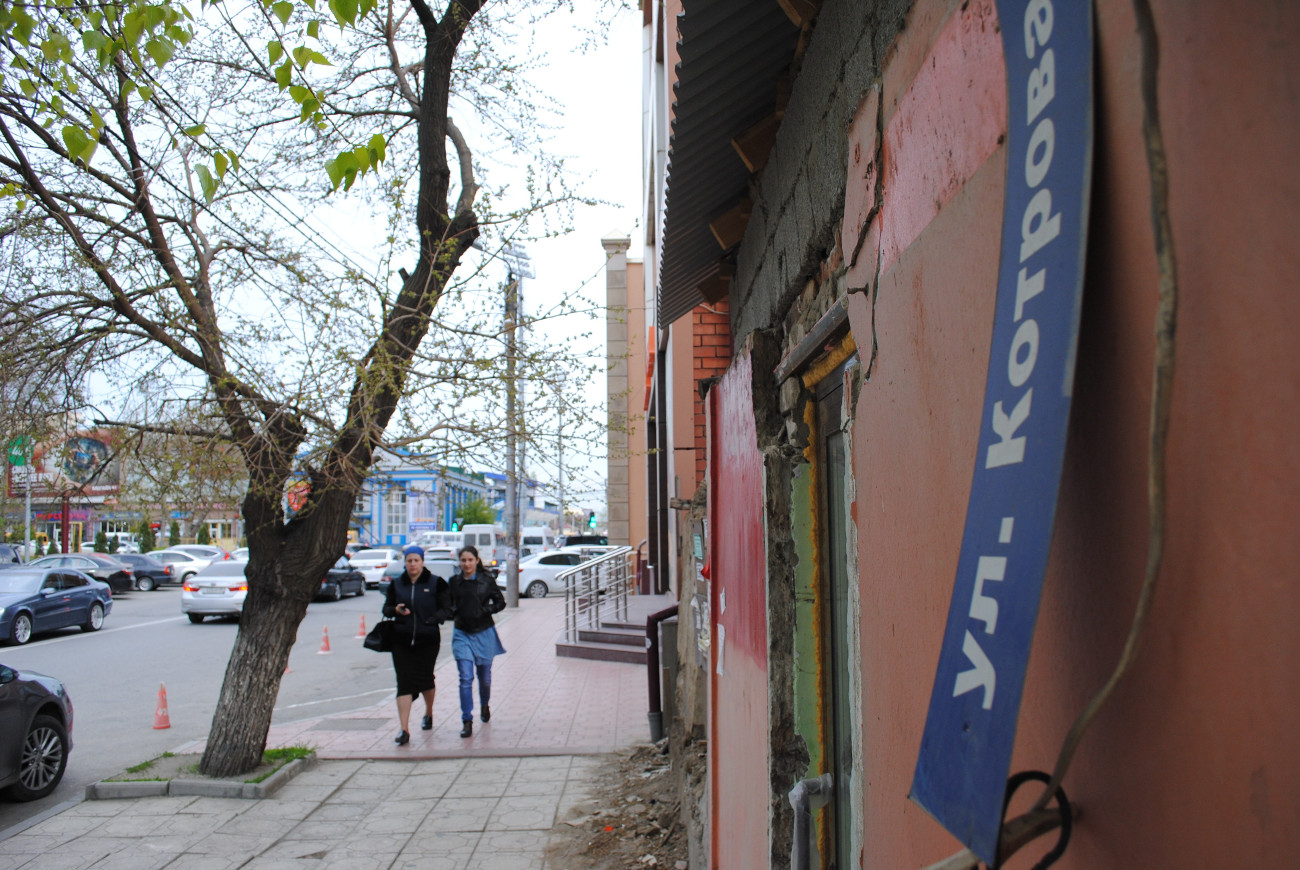 There has been a surge of civic engagement in Daghestan since early 2017, with human rights groups even managing to achieve justice in several disputes

The Makhachkala city administration decided on 20 April, to rename one of the city’s central streets, Kotrov Street, into Akhmat Kadyrov Street. Residents of Daghestan’s capital learned about this decision only the day after the resolution was signed. The reaction was not long in coming.

‘My childhood passed on Kotrov Street. I remember that already in 1990s they wanted to rename it to Khachilayev Street, in honor of one of Khachilayev’s brothers. Officially, they are politicians, but many people in the republic and beyond know them as bandits’, Mariam Magomedova, from Makhachkala told OC Media.

‘Many people resented it back then; but now it’s quiet. They renamed the street without asking anyone in the name of Kadyrov. Our opinion was frankly ignored’.

Another woman from Makhachkala, Zhanna Yunusova can not hide her emotions.

‘Money now decides everything. How are they not ashamed? Our officials do not have any patriotism. Shameful!’ she told OC Media.

The street, named after Ivan Kotrov is in the centre of Makhachkala. Central square, the city beach, Republican Library and the theatre are all in a walking distance of the street. Ivan Kotrov was a revolutionary in the establishment of Soviet power in the republic. The street bore the name of him since 1924.

A street named after Akhmad Kadyrov already exists in Makhachkala. Orjonikidze Street, named after the first president of Chechnya, was split into two and renamed in 2012, with one section named after Kadyrov, and the second after former head Daghestan Abdurazak Mirzabekov.

The city administration declined to comment on why it was necessary to have another Kadyrov street in Makhachkala.

According to activists, the renaming of Kotrov Street was in violation of the law, and the public may begin a fight to restore justice in this matter.

A spike in civil activism 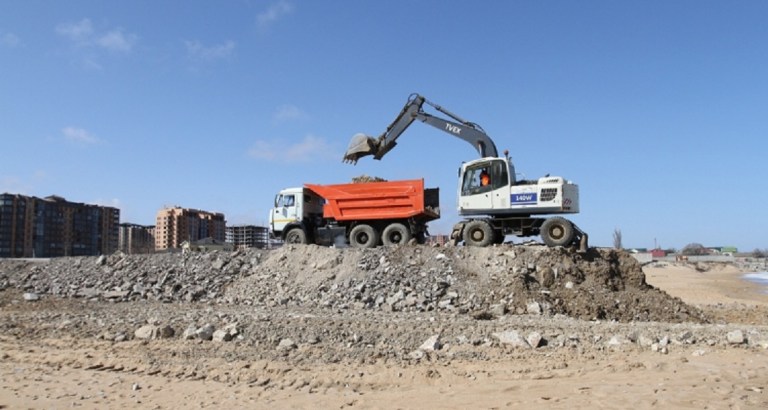 In early February, residents of Makhachkala came out in protest to defend a city park. The authorities were planning to build a new museum of Russia’s history in the city’s oldest park, intending to cut down 60 trees in the process.

There are only only five green zones left in Daghestan’s capital, and their size has been decreasing over the years due to various new buildings popping up. Activists protecting the park repeatedly appealed to the head of the republic, Ramazan Abdulatipov, met with the directors of the museum project, and organised a daily guard duty in the park, distributing petitions and appeals at every possible opportunity. As a result, a week after the plans were announced, Abdulatipov reversed the decision, saying that the museum would be built in another part of the city.

In late February, residents of the Makhachkala attempted to save stray dogs from being put down. On 19 February, the body of a 9-year-old girl was found with bite marks in the Reduktornyi Poselok district of the city. This led to a mass uncontrolled shooting of city dogs. Animal rights activists could not respond to the challenge to save the wounded animals. Publishing photos of mangled animals over social networks, citizens called on the killers to stop. A petition against the shooting of stray dogs collected approximately 2,000 signatures within only a few hours.

Thanks to this activity, the first shelter for stray animals was created in Makhachkala, and the city mayor’s office and religious leaders officially called upon the dog hunters to stop. The appeals were heard.

In early March, residents of Makhachkala and Kaspiysk (a city 16 km south of Makhachkala) rose up in defense of Kaspiysk’s beach, after discovering plans to build a hotel, yacht club and a boat station on the beach. Activists appealed to the Prosecutor’s Office and brought the problem to the attention of the republic’s authorities. As a result of the increased public attention, the Federal Agency for Fisheries (Rosrybolovstvo) conducted an audit and recognised that the economic activities on the Caspian beach were being carried out without permission. The city administration was fined of ₽300,000 ($5,300).

‘Silence only makes it worse’ 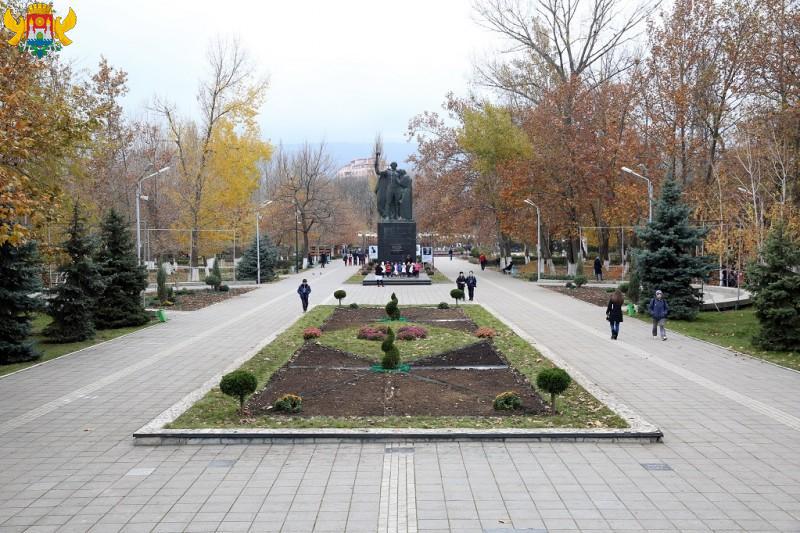 In each of the above cases, activists faced attempts to deceive them from the authorities.

In the story of the park, the authorities initially held back information, then confessed to the construction of the museum, but tried to persuade people that no harm would come of it — that the 60 trees cut down in the park would be replaced by 300 planted all around the city. With the beach in Kaspiysk, the city administration initially said that the beach was not being built on, but only renovated.

In addition, there was no help whatsoever from state media.

‘Independent media outlets (Chernovik, Novoe Delo, Caucasian Knot) and Facebook, have had a strong influence on civil activism. There was a lot of discussion on social networks. And many people, reading about our actions, also began to rise up; this spurred them on. All this had an effect when we appealed to the courts and to federal agencies. The people believed that it depended on them too. In fact, we do have quasi-public organisations, for example, the public chamber. But it exists to give legitimacy to the decisions of the authorities’, Aigumov told OC Media.

Journalist and activist Svetlana Anokhina is pleasantly surprised at the changes that have occurred in the civic self-consciousness of some residents of the republic.

‘It would never occur to anybody that this miserable piece of land would suddenly turn out to be that point of bifurcation, where the scattered grumblings in kitchens would grow into a readiness to unite and do some right and necessary, to work together. And I am very pleased that after winning back the park, the people suddenly felt themselves capable of and motivated to solve something, and began to flood the Prosecutor’s Office with complaints about the misappropriation of plots of land; then other issues requiring civic activism began to rise. I really hope that this will be the norm’, Anokhina shared with OC Media.

According to Aigumov, for years Daghestanis turned a blind eye to the seizure of public spaces by officials, but now people have realised that this silence only makes things worse.

‘Before, the authorities somehow did their business dealings quietly and carefully. But now they have decided to ignore everything they can and serve only their personal financial interests — cynically, and blatantly — at the expense of the population. Every move the government makes worsens the situation for citizens. They have tried to protect their rights through the courts, but this does not work. The courts take the side of those who give them money. We also stopped trusting the courts. It is the same with law enforcement agencies. All this began to irritate people. People realised that when they are silent, this only aggravates the situation’, Aigumov says, explaining how such activity from Daghestanis began.

A risk of suppression

Commenting on the surge of civic activity in Daghestan, Russian researcher Denis Sokolov notes that the reputation of those who took part in the protests played an important role in their effectiveness. He is sceptical that Daghestan’s sudden upsurge in civil activity will change much.

‘As long protests are not dangerous from the point of view of the system, they will be ignored. If the protests seem dangerous, then they will not be ignored. Maybe they will be suppressed. Such a risk of suppression is constantly hanging over the truckers’, Sokolov said.

However, Aigumov is optimistic that civil society will continue to develop in Daghestan.

‘There is, of course, a future for civil society. The snowball rolls, and, descending from the summit, already brings with it an avalanche. The people are waking up. There is a certain segment of the populace which is already certain that if we remain silent, things will only get worse; that is why they have decided to act’, he said.