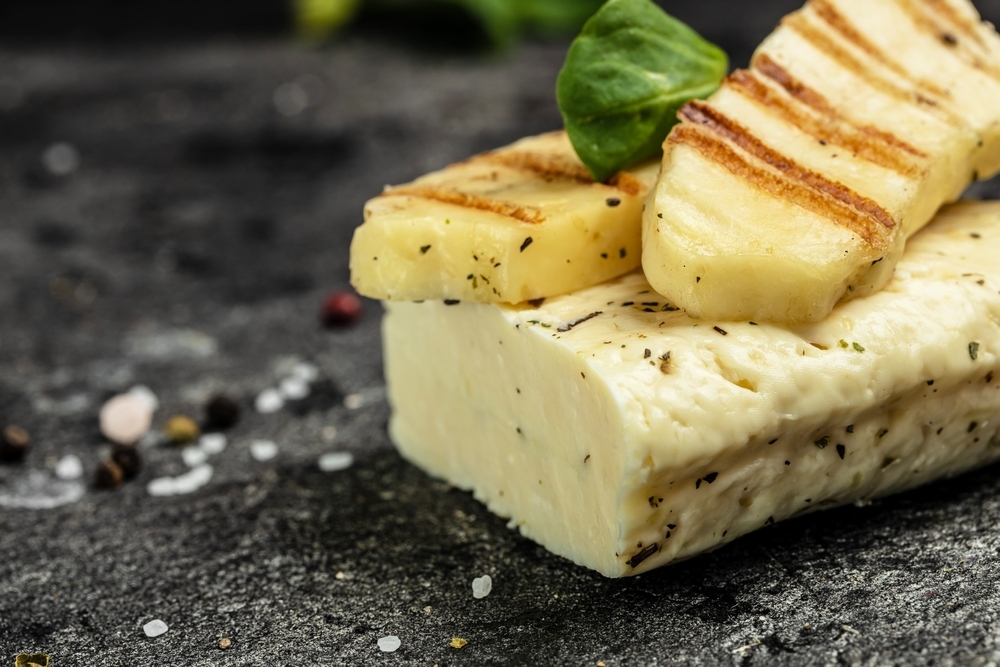 In Cyprus, cooperating across the lines that divide Greeks and Turks is always complicated. Also thanks to EU intervention, however, halloumi cheese – one of the symbols of the island – is once again a heritage shared by the two communities

“The Kerynia mountains had been burning for days! God forbid, we could see the smoke from our side. British and Israeli forces tried to help, but in vain. The ravaging wind would make it impossible. And then, when the Greek forces got in the battle for help, oh, suddenly, pouring rain fell from above, dousing the wildfire that had destroyed thousands of acres. Isn’t this a miracle? Who would expect such rain in the heart of summer? Isn’t it God’s way of telling us that we should leave our differences aside and learn to help each other?”

Saved by the will to cooperate

That morning, in early July, Eleni Nikolaou was vividly narrating the story to the young woman who had been strolling through her souvenir shop in the centre of Limassol, gazing at little trinkets that tourists usually buy, such as a tiny statue depicting goddess Aphrodite or an eye-shaped lucky charm to protect one from the evil eye. The starting point of the discussion had been the suffocating heat on the island that had started in June and would continue until September, like every other summer in Cyprus. This time there had been no casualties, unlike last July, when a forest fire that had broken out outside Limassol had destroyed 50 houses and claimed the lives of four Egyptian farm workers. That had been described by the media as the worst fire on the island for decades.

This year, however, ‘God had spared Cypriots’, as Eleni said. On the 22nd of June 2022, a wildfire had broken at the Kantara area of the Kyrenia mountain range, in the breakaway Turkish Cypriot statelet of Northern Cyprus. The fire was allegedly caused by a short circuit on an agricultural vehicle: fanned by strong winds, the flames had spread quickly, leading to the preventive evacuation of villages.

Amid this emergency situation and under the supervision of the United Nations peacekeeping force, which was the one to send the Republic of Cyprus a call for help from the North,firefighting aircrafts from both sides of divided Cyprus had got into the battle, joined by Israeli and British forces. The coordinated efforts had managed to partly control the fire on Friday afternoon, but then, the winds changed direction, relighting the blaze.

According to local reports, at that time, Turkish Cypriot authorities had allegedly declined more help from planes of the Cyprus government, that had remained on standby. To prevent worse things from happening, the Greek Cypriot forces got ready to join, only to be informed by the other side that a heavy rain that hit that part of the island during the night had finally extinguished the fire.

Eleni called this ‘divine intervention’. She was not the only one. The ‘miraculous’ salvation of the Kerynia mountains became the talk of the town for the next few weeks. Taxi drivers and retail salespeople probably did the most of spreading the word. Despite the different versions circulating, the morale would be the same: Cypriots had been rewarded for their willingness to cooperate.

One month later, the EU, as another deus-ex-machina, would approve an important package of measures meant to support the improvement of bi-communal relations.

In particular, on Monday 25 July 2022, the European Commission announced the adoption of an annual Aid Programme for the Turkish Cypriot community worth 33.43 million Euros. Elisa Ferreira, European Commissioner for Cohesion and Reform, stated that “the new set of projects seeks to support economic development, reconciliation, and confidence-building measures”.

This development came as a follow up to the Commission's registration of Halloumi/Hellim as a Protected Designation of Origin (PDO) in April 2021, a decision that had been welcomed by both communities as an act that protects the product's name against imitation and misuse across the EU and which can bring economic benefits to the entire island of Cyprus.

From bone of contention to symbol of unity

Before its registration by the Commission as a PDO, halloumi had been an apple of discord among the Greek and Turkish community of Cyprus for years. Just like other products claimed by both (for instance, sοutzoukos/sucuk lokum), the two sides disagreed vocally on the ‘ethnicity’ of this special type of cheese.

Obviously, the reasons for this disagreement had been not only culture-driven, but very much economic. In financial terms, the Greek part of Cyprus had been holding the monopoly of the very lucrative haloumi business, making good use of the access to the EU market.

According to EU data, in 2019 only, southern Cyprus exported 33,000 tons of halloumi to the rest of the EU. Certainly, these figures will be affected by Brexit, given that the UK, former colonial power in Cyprus and home to the so-called ‘Charlies’, UK-citizens of Cypriot descent, was by far the biggest consumer of halloumi in the EU. According to figures published in the Financial Times (16.04.2021), “in 2019, the last full year of UK EU membership, the country accounted for 53% of all bloc imports of Cypriot cheeses by volume”.

When the Commission decided to help the northern part of Cyprus by unlocking the possibility to do business within the bloc, Greek Cypriot manufacturers initially saw this move as a threat to their own business. The EU answered by sharing statistics showing that the global market is wide enough to absorb production from both the northern and the southern part of the island.

Moreover, with its current aid programme, the Commission envisions measures to particularly assist Turkish Cypriots in meeting EU standards on food safety and hygiene, as well as dairy farms and dairy yield quality. These efforts appease Greek-Cypriots' older claims that halloumi produced by Turkish-Cypriot manufacturers might be of lower quality, harming the product’s overall reputation.

The Turkish side had also expressed its own concerns. The opening of the market would practically mean that Northern Cyprus, which does not recognise the EU membership the island obtained in 2004, would now have to accept the authority of the Cyprus government and the EU. Northern Cyprus’ Foreign Minister Tahsin Ertugruloglu had defined this as “a disgraceful attempt by the EU and the Greek Cypriot administration to dominate the political will of the Turkish Republic of Northern Cyprus”. At the same time, Northern Cypriot producers would need to undergo private inspections and make extra efforts to meet EU standards.

Commerce aside, in terms of symbolism and connotation, the EU bets on the fact that, plain though it might seem, χαλούμι/hellim cheese is a great paradigm of shared cultural practice that belongs to both communities and goes beyond ethnicity or religion. Halloumi is neither Greek nor Turkish, it is purely Cypriot and serves, thus, as a token of shared identity, easily understood and embraced by everyone.

Cyprus’s Foreign Minister Nikos Christodoulides said that this development was of “great importance” and could promote reconciliation on the island by sending ‘a clear message’ in this direction.

Strengthening bi-communal relations by building bridges of trust among the Turkish and Greek communities in Cyprus is apparently a priority for the EU Commission, which has openly expressed its intention to facilitate and ultimately achieve the island’s reunification. In this context, the EU aid programme foresees the continuation of generous funding for the Committee on Missing Persons and the Technical Committee on Cultural Heritage.

Finally, the annual programme includes measures in line with European Green Deal priorities, through which it aims at boosting employment and green innovation on the island.