Croatia and Serbia, the advantages of a good neighbourhood policy 24/02/2022 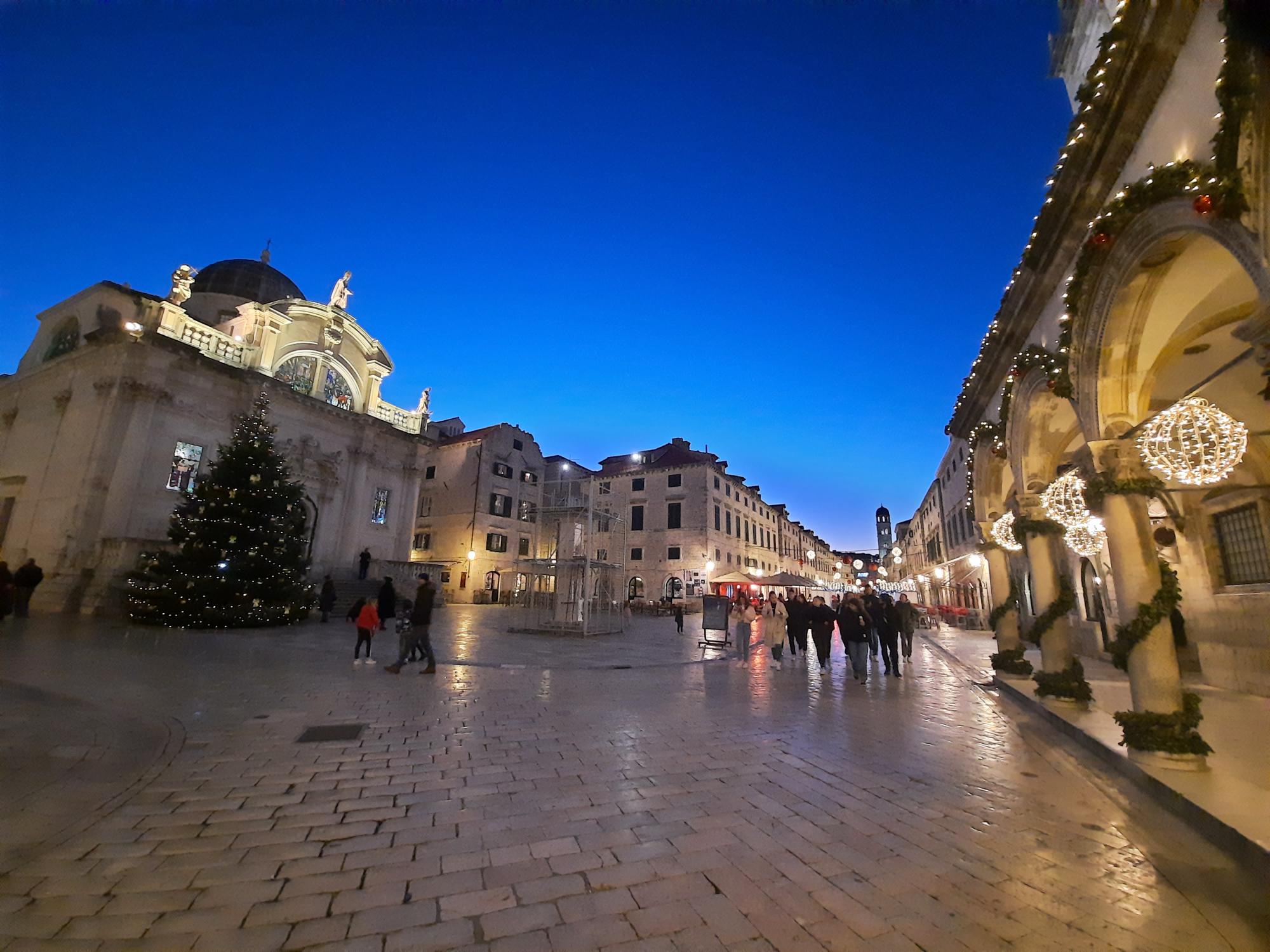 There is a district located just outside the historical centre of Dubrovnik which offers a valid alternative to big luxury city hotels. It is the industrial area of Gruz, with its old Carbon Graphite Products Factory (TUP), which young local creatives have transformed into a vibrant space thanks to EU funds

There is a place in Dubrovnik which seems to belong to another city. The “Pearl of the Adriatic“, as we know it today, is a tourist destination which attracts 1.5 million visitors every year, a breathtaking place where history and beauty intertwine, making Dubrovnik one of the most popular places to visit in the entire Mediterranean. However, on this postcard picture – made of medieval ramparts overlooking the sea, red rooftops, cobbled streets, beaches, and crystal clear water – there is also space for an old Yugoslav factory, a place where Dubrovnik’s youth creativity is flourishing. We are talking about the Carbon Graphite Products Factory (TUP), located in the immediate vicinity of the port and the bus station. Established in 1953, TUP has remained a central pillar of the industrial area of Gruz for decades.

In the context of tackling the economic impact of the COVID pandemic the Croatian Agency for SMEs, Innovation and Investments (HAMAG-BICRO) offers subsidised microloans financed under the Operational Programme Competitiveness and Cohesion for Croatia. Small businesses that in 2020 experienced a decline in turnover of 20% or more compared to the previous year can apply for a loan up to 750,000 kuna (about 10,000 Euros) at an interest rate of 0.25%.

Today this company, which is still owned by its employees – the legacy of the Yugoslav workers' self-management system – is on the verge of shutting down its manufactoring operations. International competition and the lack of new workers able to take the place of those that retired led to progressive decline in TUP’s production, and today the company survives mainly thanks to the income derived from renting abandoned warehouses. These spacious hangars, that hosted around 700 employees during the factory’s golden years (today there are less than 40), has recently become home to several organisations, creative startups, small workshops, museums, and bars, transforming the entire complex into a dynamic cultural district, an absolute novelty in Dubrovnik.

Walking among the empty warehouses and dusty machinery of the old TUP factory, every now and then one sees a young man coming out a heavy steel door. There are some young people who transformed the basement into a recording studio, some who make ceramic objects on the first floor, then there are those who come here to dance tango or practice yoga, and finally those who want to open a small dance club, which already has a name: “Dubina“.

In the internal street which connects all these places a meeting point has emerged over time, in the area surrounding the Red History Museum’s café. The Red History Museum , housed in TUP premises, is the first Croatian museum dedicated to the history of Yugoslavia. “We discovered this place in 2018 and it was love at first sight“, explains young museum director Kresimir Glavinic. “On the one hand, the building itself is a legacy of the Yugoslav past, so it fits well with our idea. On the other hand, it is located outside the ramparts and away from the old town, and with this project we wanted to show that it was possibile to make culture in Dubrovnik outside the old town walls“, says Glavinic.

Since 2019, when the Red History Museum opened its doors, about 30,000 people have visited its permanent exibition which displays a very rich collection of objects (including a Yugo car model and a newspaper kiosk) running through the history of Yugoslavia from the period before the Second World War until the disolution of the country in the 1990s. 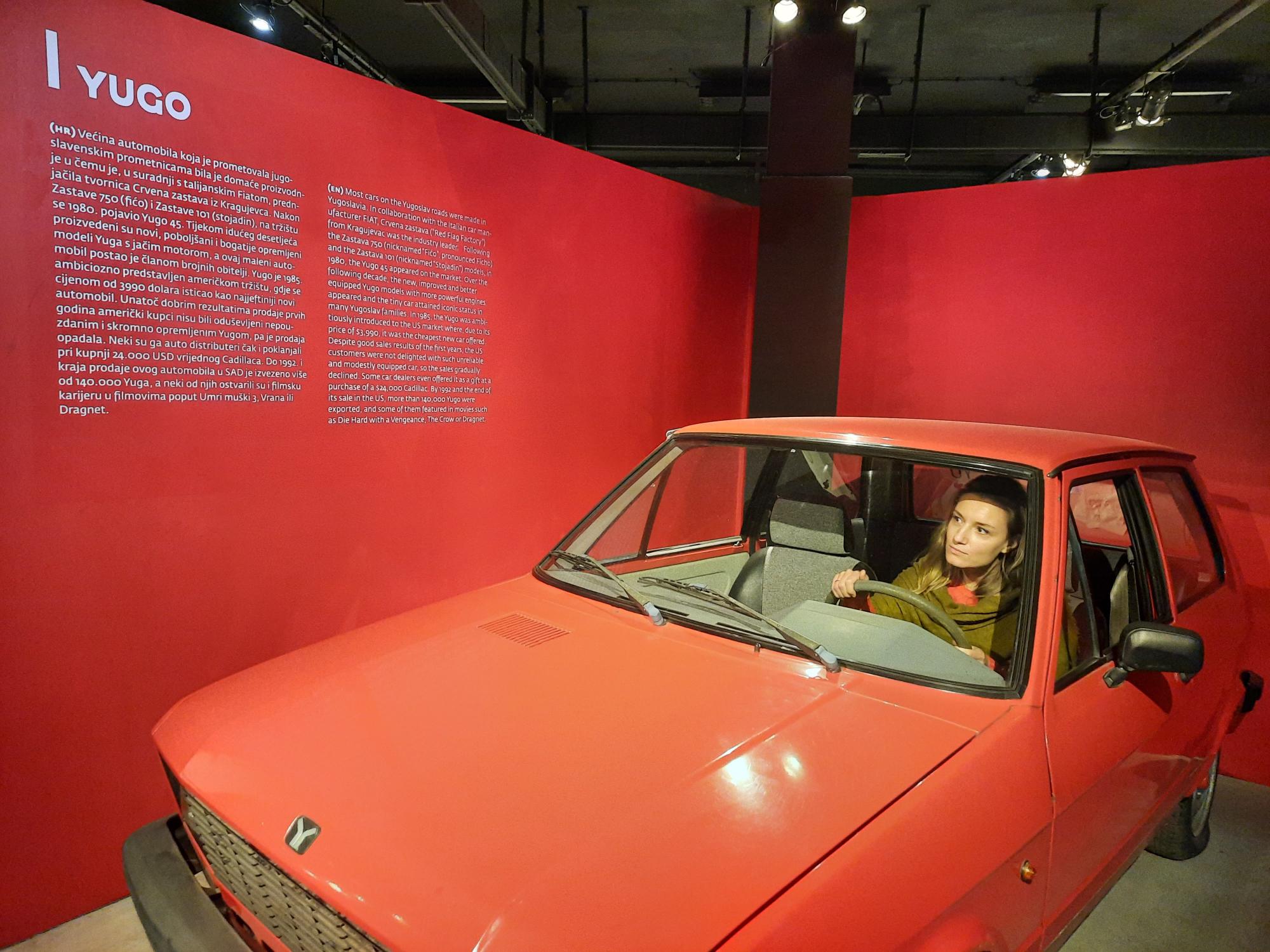 “Setting up a new museum is not an easy task. We started with my brother’s savings, a little less than 3,000 Euros – explains Glavinic (born in 1987) – and with that small budget for six mounths we toured the entire former Yugoslavia looking for objects that could tell Yugoslav history in an objective way. Then we got a modest financial support from the Croatian Employment Service and we also took a loan from a bank”. Only recently, thanks to the measures introduced by the Croatian government to tackle the economic impact of the pandemic, was the Red History Museum able to access the EU funds in the form of a subsidised loan (interest rate of 0.25% against the 6% offered by banks). “Starting a museum is a long process which requires a lot of marketing work, especially in an area like this, where tourism flow is not so massive as in the old town”, points out Glavinic. “We often receive comments like ‘the museum is very beautiful and it is not far from Dubrovnik”, he adds amused.

Next year Kresimir Glavinic and his friend plan to expand the museum and, if all goes well, they will participate in EU funded project Tourban which aims to develop a more sustainable tourism in different European cities, including Barcelona, Amsterdam, and Dubrovnik. All this will only be possible if TUP continues to rent its premises to organisations and small businesses owned by young people from Dubrovnik. But it is not at all certain that this will happen.

The uncertain future of TUP

The unique creative district born in recent years in Gruz risks being destroyed in the coming months. The owners of TUP, that is its current and former employees, have decided to sell the whole property by the end of 2021: 10,000 square metres in Dubrovnik and another 15.000 square metres in Komolac, a few kilometres further north. These huge, buildable areas immediately attracted many investors and TUP announced that it has already received some non-binding offers ranging between 10 and 15 million Euros which – given the profile of the companies concerned – will probably lead to construction of hotels, shopping centers, and residential complexes. However, Kresimir Glavinic and his friends have not just been sitting there. Gathered aroung the initiative “TUP-urban district”, they tried to explain to the municipality the importance of what is happening in Gruz, and recently a company owned by the City of Dubrovnik made a non-binding offer.

The young creatives that occupy TUP premises breathed a sigh of relief, but the battle is not yet won. “When I was younger we used to go out in the old town, but after the war many things have changed. Many companies have closed, the city has turned esclusively to tourism, so we moved to Lapad, but eventually this area also became filled with hotels and apartments. Today, Gruz is our last refuge”, explains Davor Sevelj, founder of the Dubrovnik Beer Company opened in 2017 in the old salt warehouses, a stone’s throw away from TUP.

“All over the world the old industrial buildings are being revitalised, it is a pity to destroy them”, says Sevelj, adding that he is optimistic about the survival of the Gruz district. “I think that the municipality understood the potential of this area. Like the Red History Museum and Love Bar , situated on the rooftop of a nearby warehouse, the Dubrovnik Beer Company is one of the most promising activities in the area and its history also speaks of an alternative vision of the future of Dubrovnik. “Together with ‘Vinarija Skar’, located on the other side of the port, we are the only ones who still produce something in this city. They make wine, using grapes collected from their vineyards on Peljesac, and we make beer. Apart from that, I don’t think that there is any other production activity in Dubrovnik”, explains Sevelj. 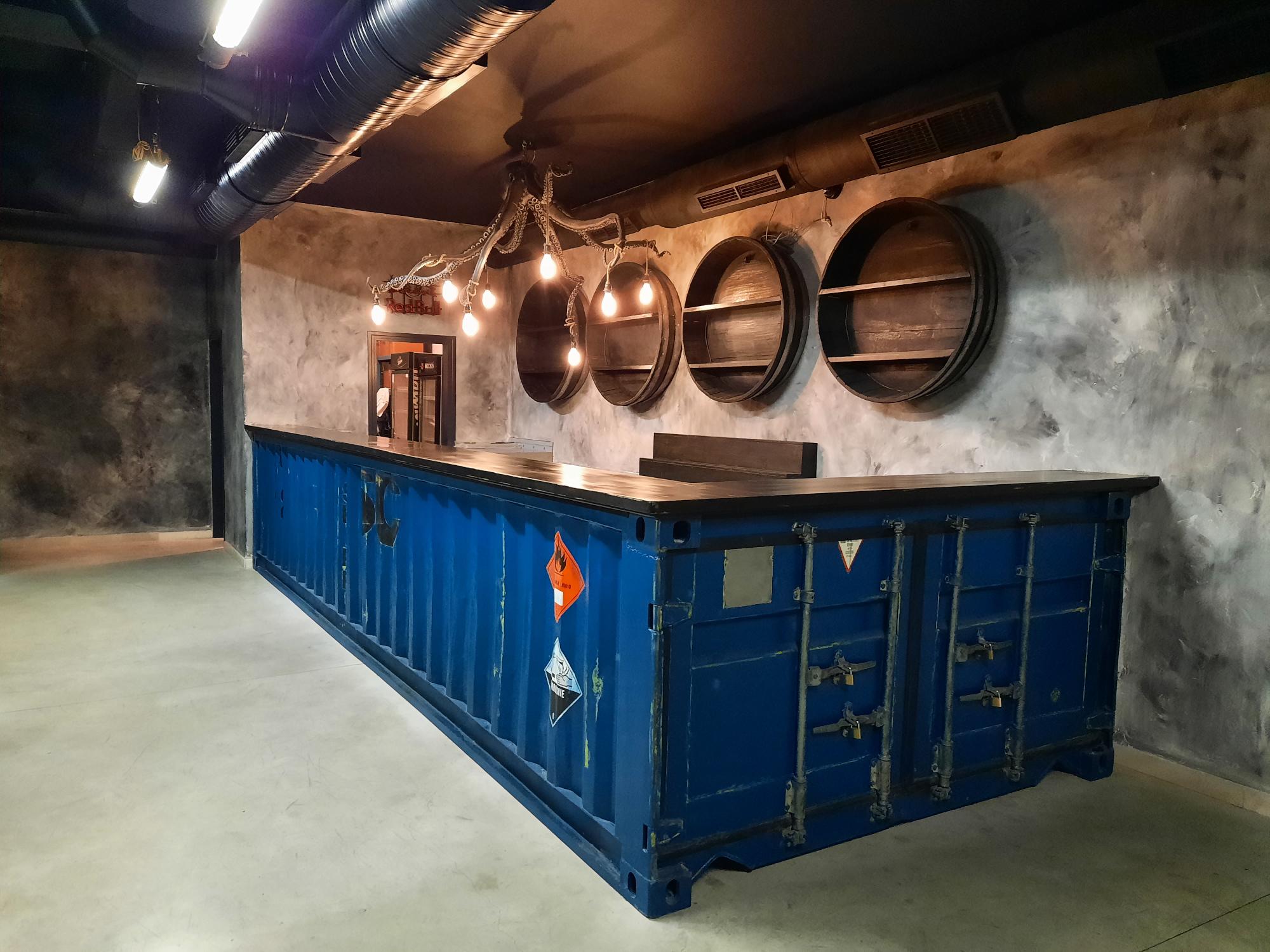 Sevelj also believes that Gruz is a perfect place to start a business, as it is the only area where trucks can circulate without difficulty before entering the labyrinth of alleys and ups and downs of Lapad and Boninovo. Started with personal savings and loans for an initial investment of about 30,000 Euros, the Dubrovnik Beer Company has recently received some subsidised loans financed by European funds and plans to better use EU funds in the future. “Currently we only use glass bottles, but soon we plan to start a new production line in cans and for that project we will apply for EU funding”, says Sevelj.

A spontaneous revival of an old factory and its transformation into a creative space have brought a breath of fresh air in a city that seemed to be devoted solely to tourism. If Dubrovnik – which during the summer is so crowded that it worries UNESCO and during the winter is so empty that it seems uninhabited – succeeds in transforming an industrial area into a creative district available to its citizens, it will mean that all is not lost and that there is still hope for other Mediterranean cities, like Venice, where the relationship between tourists and residents is likely to turn into direct conflict. Like the former shipyards of Nantes, the old Habsburg military barracks in Metelkova Street in Ljubljana, and many industrial buildings resurrected under new guise in Paris, London, or Berlin, the old Yugoslav factory in Dubrovnik can also play an important role in the city, contributing to a more sustainable development of the beautiful Pearl of the Adriatic.

In the context of tackling the economic impact of the COVID pandemic the Croatian Agency for SMEs, Innovation and Investments (HAMAG-BICRO) offers subsidised microloans financed under the Operational Programme Competitiveness and Cohesion for Croatia. Small businesses that in 2020 experienced a decline in turnover of 20% or more compared to the previous year can apply for a loan up to 750,000 kuna (about 10,000 Euros) at an interest rate of 0.25%.