Croatia: the challenge of degrowth 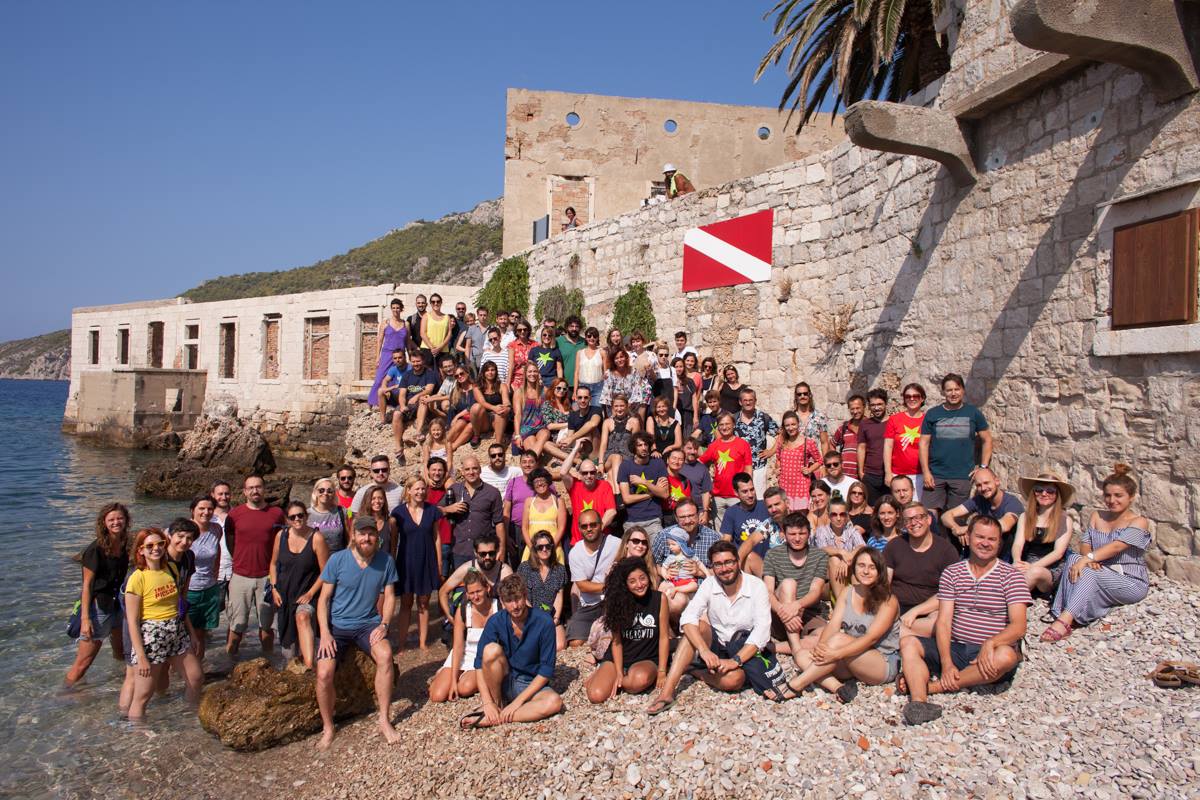 Every year, a summer school brings together activists and researchers on the island of Vis in order to discuss sustainability and social equality. OBCT's correspondent was there this year

How can we adapt our lifestyle to the challenges posed by climate change? How can we reconcile workers' rights and needs with environmental protection? Or, what kind of administration do we imagine for cities, increasingly important actors in the political innovation scene? All these questions and many others were at the centre of the sixth edition of the Green Academy (Zelena Akademija), which took place on the island of Vis in Croatia (25-30 August).

Organised by Zagreb's Institute for Political Ecology (IPE), the event gathered over 130 researchers, activists, and journalists around the themes of climate change, degrowth, and so-called "municipalism" – the movement that promotes the use of direct democracy and the organisation of popular assemblies for the management of commons within neighbourhoods and cities.

Titled "Moving Beyond Fragments", this year's Green Academy also brought together important political experiences born in the Balkans, from Zagreb je Naš, the movement that managed to enter the city council in Zagreb precisely with a "municipalist" programme, to Ne Da(vi)mo Beograd, the front born in opposition to the pharaonic "Belgrade on water" project, proposing a new approach to the management of public affairs in the Serbian capital.

For a communion between ecologists and progressives

"The Green Academy was born with a dual objective – on the one hand, providing activists with the political training they often do not have, and on the other raising awareness in the academic world by putting them in touch with those who act politically in the field", explains Vedran Horvat, Director of the Institute for Political Ecology and creator of the Vis initiative. But it is not just a matter of creating "a platform" that allows "dialogue between ecologists and progressives": there is also a political ambition.

"I like to describe the Green Academy as an airport", continues Vedran Horvat, "as here start political experiences that take, like planes, different directions". Born in 2010 as an initiative of the Heinrich Böll Foundation and later, in 2015, the beacon project of the newborn Institute for Political Ecology, the Vis laboratory has been "the birthplace of many debates linked to many battles". Horvat cites, for example, "Zagreb je Naš and Ne Da (vi) mo Beograd", which "have been our guests for many years".

The political incubator of the Green Academy is based on the island of Vis for a specific reason. Among the most distant from the mainland, this island, a military base inaccessible to foreigners under Yugoslavia, has managed to stay off the radar of mass tourism. Only in recent years, also thanks to the filming of Mamma Mia 2, the international fame of the island has been growing. But for the organisers of the ecological academy Vis continues to offer that "sense of slowness" now lost elsewhere in Dalmatia.

Climate change, with its environmental, political, economic, and social consequences, was at the centre of the sixth edition of the Green Academy. The tone was set by Brannon Anderson, a professor at Furman University (Greenville, USA). Paraphrasing Game of Thrones, Anderson warned: "degrowth is coming, soon it will no longer be a choice". The wealth of data cited by the professor described the gravity of the environmental situation on our planet.

The growth that started after WWII and became exponential in the 1990s led to a world where "just 18% of the land emerged can be considered wild", i.e. not organized in some way by man. The relationship with other animal species has also been distorted since the last century. "If in 1900 humans and their livestock were 4 times as many as wild animals, in 2000 that ratio was 35 to 1", explains Anderson.

Then there are the climatic anomalies that multiply year after year, the constantly growing temperatures, the plight of waste that keeps being poured into the environment... Hence, "solving inequalities with further growth is now impossible", concludes the professor, who calls for "a change in values": "Europe and the United States must drastically reduce their consumption and take responsibility for the inequalities and conditions of the planet: it is a moral imperative".

How can we imagine, then, the economic transition required to avoid environmental disaster? The alternatives to the current system based on infinite growth (but in a world of finite resources) were discussed during the five days of the Green Academy, starting from the concept of degrowth and the analysis of the proposals of collaborative democracy to the municipalist movement. No miraculous solution emerged from the discussions. On the contrary, the strategy to be followed will have to be adapted to every social and environmental context.

"Croatia could be terrified by the idea of "degrowth" and for this reason we have here a better translation: odrast (which rather means maturing, becoming wiser), but the country is absolutely ready to apply its concepts", explains Mladen Domazet, a researcher at the Institute for Political Ecology in Zagreb. "Degrowth is not a mere reduction of all the figures that are currently growing, but an alternative way to achieve a good quality of life", adds Domazet.

In this sense, Croatia (like other countries) "embodies the legacy of several alternative ways (to live well, ed.) and, at least in theory, is able to choose between them". From a practical point of view, however, this means "rethinking the craze of growth", particularly in the tourism sector, where the concept of "sustainability" was lost many years ago. "We need political action and a global vision, so that the ecosystem from which we are extracting the tourist surplus is preserved", concludes Mladen Domazet.

A combination of responsible behaviour at the individual level and more effective collective participation. This seems to be the recipe that underlies all the initiatives promoting a sustainable economy: limiting one's own personal impact on the environment (revolutionising one's lifestyle) and avoiding, on the other hand, that the state promotes development strategies indifferent to ecological and unsustainable limits. It is certainly a difficult challenge, but one no longer to be postponed.