Croatia in recession looks to the Middle East 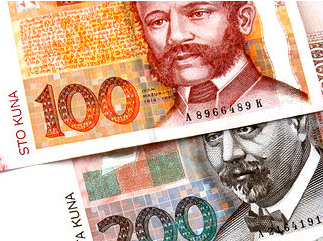 Zoran Milanović's new executive is facing one of Croatia's most economically difficult periods, in its fourth consecutive year of recession. While taxes and contributions increase, Zagreb is thinking of attracting investors from the Middle East

Slavko Linić, the new Finance Minister, struggling to put together the first budget of the new government (the centre-left coalition which won the election last December), was clear with Croatian citizens: they can expect the recession to continue.
Thus Linić confirmed the terrible forecast of the Financial Times, published only the day before the Minister's declaration, according to which Hungary and Croatia are the “principal candidates” for the new wave of recession in 2012. Linić's speech however belies the election campaign prediction of the Kukuriku coalition (the present alliance in government of the Social Democratic Party, the Popular Party, the Istrian Democratic Assembly also a Political party) and the Pensioners' Party), which said that this year the GDP would grow at least a humble 1%. 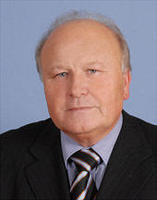 The uncomfortable seat of the Finance Minister

Sixty three year old Slavko Linić has perhaps taken the most uncomfortable position in Zoran Milanovic's government. A politician of great experience, Linić was already a Minister, in the period when Croatia was governed by the Centre-Left between 2000 and 2003, besides having been Deputy Prime Minister and before that Mayor of Rijeka, the third largest city in Croatia. All this however during a much better period, when Croatia was not in its fourth consecutive year of recession.
Linić's problem, could be seen metaphorically as the dilemma of the poor man who has only enough for one meal a day and wonders whether to eat it all at once or divide it up between breakfast, lunch and dinner. In 2012 the Minister will have to reduce public spending of an amount between 5 and 9 billion kuna (between about 670 million and 1.2 billion Euro), while his ministerial colleagues are already in a panic, declaring that none of their ministries has room for further cuts.

VAT at 25% and new taxes on property

One of the first steps announced by the Finance Minister will be felt as a further burden by all citizens: an increase in VAT from the present 23% to 25%. This will be the second increase in VAT since its introduction in Croatia in 1999 when it was 22%, then it was increased by one percentage point in 2009.
Croatia, from March - when this increase in VAT will come into force, will be one of the European countries with the highest rates of this tax. Over a third of the income in the State budget, till now, has come from VAT, and it is effectively the best mechanism for collecting money. Even so, economists warn that a further increase in VAT is a double-edged sword: with increasing prices, buying power will diminish, consumption will decrease and then logically the income from VAT will also be less.
Minister Linić has also announced the introduction of taxes on property which could affect, in variable measure, the owners of flats and houses, especially investment properties.
Actually, it is much easier to decide to introduce a new tax or increase old ones than to collect them. And even if it were possible to collect the total amount raised, this would not be enough to make the State function, because Croatia is crushed by an enormous foreign debt, fast approaching the record figure of 50 billion Euro. This means that each citizen, from the new-born to the office worker, is a debtor to the tune of 11 thousand Euro. And the debt has to be repaid, with interest.
The new Prime Minister, Zoran Milanović, and his deputy, Radimir Čačić - Economics Minister - therefore have to plan a way of stopping the constant fall in industrial production and, at the same time, block the tendency to acquire foreign debt, which - given the bad Croatian rating - gets increasingly expensive.
One of the most popular ideas is to lease out the motorway. Croatia has about 1,300 kilometres of motorway, which signifies that - considering its size – it is one of the countries in Europe with the most. But the problem is that, in terms of vehicle flow, few stretches are profitable, and so would be unattractive to any concessionary. Another idea is the privatisation of the railways, or the sale of the great insurance company “Croatia osiguranje”, or even of the prisons and nursing homes. . .

Looking to the Middle East for new investments

But all this, as in the case of new and higher taxes, will not be enough to set off the only stimulus which would  lift the country out of its crisis, that is an increase in production and exports. In order to achieve this, new investments - chronically lacking so far - are needed. Within the country, capital is insufficient, and – at the same time - interest in investment from abroad is scarce. Just last year, compared with the previous one, foreign investment dropped by nearly 80%, and amounted to about 440 million Euro.
The new Minister for Foreign Affairs, Vesna Pusić, has launched an interesting idea: the possibility of opening Croatian consulates in the rich countries of the Middle East with the principal aim of attracting capital to be invested in Croatia. The idea seems promising, because not long ago that region in particular had shown a keen interest, but the Croatian government and specifically Croatian diplomats had refused to listen. Now a new direction is required.
But this will take time which means further delays for Croatia.