A true story from Chechnya: Milana 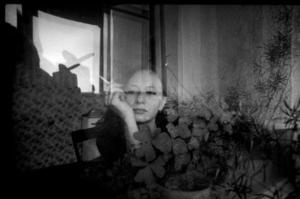 Milana used to breed nestlings. Then her village was bombed and she was forced to flee to Ingushetia with her nestlings. Had she let failures dishearten her, however, she would not have been a true Chechen businesswoman. Majnat Kurbanova tells her readers yet another true story from Chechnya

Milana was a promising entrepreneur. When asked “what do you do?”, she would answer, not without a dose of self-irony, “I’m a businesswoman”.

Her first entrepreneurial project had been a chicken farm. In the brief time in between wars, she had rented a small house that had been previously bombed and right next to it she had built a hayloft and a storehouse. She would work during the day and during the night she would build the farm’s wiring system with her own hands: in her budget there was not enough money for this item of expenditure, so it was she herself who had to take care of it. “It was exactly like a true farm”, Milana recalls, “I had put a lamp above each cage, so the nestlings could be warm”.

Milana had 40 nestlings: red, black, and even small silvery Chinese quails. “Chickens are counted in autumn”, goes a Russian proverb that Milana had known since she was a child. Little had she known, however, that one day these words would take on such a literal meaning in her life.

To buy the birdseed for this multi-colored line-up of nestlings, Milana had sold her car. She had bought the birdseed, but the second Chechen war had broken out in autumn of 1999. The village where she had her farm was bombed and Milana, together with her nestlings, flee to near Ingushetia – as tens of thousands of people running from the bombings. They also carried animals, domestic appliances and even nestlings, even if not so many like Milana.

The President of Ingushetia had given a speech on television inviting the citizens of the Republic not to buy from the refugees for low prices the junk saved from the bombings. And so the Ingush did not buy Milana’s cute little nestlings. They got them almost for free, at 10-15 rubles each.

Had she let failures dishearten her, however, Milana would not have been a true Chechen businesswoman. After selling the last nestlings at clearance prices, she immediately started working on her next project. At the time, in Ingushetia there were about 200.000 refugees from Chechnya.

The Russian migration police distributed humanitarian aids: canned meat and vegetables, condensed milk, pasta and flour packages from the Ossetian city of Mozdok. The canned food had expired in the 80s, while the pasta and flour, which had been laying for years among war food supplies, were infested with worms swarming even over the closed packages.

Not even the Chechen children with nothing to feed on would eat them because they were scared of the worms, so Milana gathered those rancid products, paid a small amount to the refugees for those inedible humanitarian products that they would throw in the trash anyway, and brought them to Mozdok. There, she resold them at reasonable prices to the Ossetians, who fed their animals and pets with those same humanitarian aids.

Things were not going so bad, Milana even bought herself a second-hand BMW. About a month later, when the car was still practically unused, it was stolen right outside the door to the small house that she had rented in Ingushetia.

That night Milana was watching the final game of the FIFA World Cup. She rooted for Brasil and Germany, but a little more for Oliver Kahn. “German soccer and cars are the best there is in the world”, Milana was sure of it, even if she did not have such good luck with either. Emotionally exhausted by the game, after it was over Milana went out the door and the car had disappeared.

After 2 weeks of investigating on her own, Milana discovered who had stolen the BMW. “I perfectly know who did it”, she claimed. “And they know I know”. If someone asked her why she did not want to turn to the police, she would answer with a bitter laugh and say: “but they are the police”.

In the meantime, Russian authorities announced that life in Chechnya had gone back to being peaceful, that it was no longer necessary to remain in the refugee camps in Ingushetia and that all those who had left Chechnya had to go back. Some went back of their own free will, others were deported by force from the tent cities.

Milana went back of her own free will. “I could no longer stand to see the men who had stolen my car, day after day. I had worked so hard to buy it! They think they can just come here and steal it. Just because I’m a refugee, and have no rights. Just because I’m a woman”.

Milana went back to Chechnya and soon started working on her third entrepreneurial project. In times of war, it is not only the people who suffer, but also their belongings. For Milana it was enough to take a few walks through Grozny to understand which were the goods that were most needed in the city coming back to life after long years of war.

She borrowed some money from some acquaintances and went on a shopping tour in the Arab Emirates. Televisions, refrigerators and stereos turned out to be the most wanted goods in the Republic, tried by the war. Milana imported very cheap televisions and very expensive ones. Small black and white televisions running on batteries, but also enormous appliances and with huge plasma monitors. She found acquirers for all of them.

Actually, the domestic appliances business turned out to be the greatest success for Milana. Within two years of acquiring in the Arab Emirates, she earned enough money to buy a small apartment in Grozny and another used car. Most of all, though, she was able to invest most of the money earned in her fourth and latest entrepreneurial project.

The properties in the Chechen capital were cheap and there was almost nobody willing to buy them, not even at low prices. Milana bought the ground floor of a destroyed supermarket in center city. It had once been the biggest supermarket in Northern Caucasus and Milana wisely thought that, in time, when the city recovered, each meter of that neighborhood would be worth a pile of money.

Milana was not miscalculating. The mistake she made was a different one. Three years later, when reconstruction of the city began, properties started being redistributed, and the ground floor of the supermarket where she had invested almost all the money she had made with the televisions was taken away from Milana.

Today Milana works as an accountant in a Chechen administrative office. “All in all I regret quitting the television business”, she says, “it went very well”. But the Chechen “businesswoman” does not have any intentions of going back to entrepreneurship. “I’ll just wait a while, I’ll come up with something”, she says. “But not here, not in Chechnya…”.