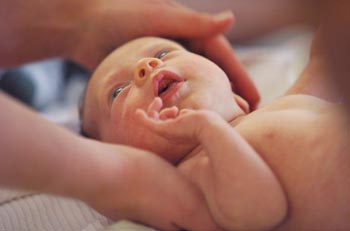 Ethnic Bulgarians have a very low birth rate. According to some, this could put at risk the economic growth, while others are afraid of the unstoppable growth of the Turkish and Roma communities. Bulgaria is stirred by demographic anguish, and now president Parvanov decided to act

Bulgarians are fewer every year, due to a low birth rate, high mortality and considerable migration abroad. Some recent researches outline the danger that, in a few decades, the ethnic Bulgarians may became a minority in their own country, outnumbered by Turkish minority and above all by the Roma, whose high birth rates many Bulgarians perceive as a latent threat to the country's integrity.

At the beginning of January, the President of the Republic, Georgi Parvanov called the leaders of the country to attend a meeting of the National Advisory Committee on National Security, fully dedicated to this issue.

"The information we have about the demographic crisis in Bulgaria is much more worrying than in other European countries, and this process has by now become a serious problem for our national security", declared Parvanov opening the meeting, adding that "we can't leave the demographic strategy to the experts only, but it must be object of a wider political debate."

At the end of the meeting Parvanov announced "important and urgent measures", aimed at improvements in the national health system, stressing the importance of the education process and promoting the creation of a long term demographic strategy, to be ready by the end of the year.

But are Bulgarians really disappearing? The discussion is open and not everybody seems worried about the catastrophic estimates that recently made the front page of many newspapers.

The Bulgarian population have decreased by 910.000 from 1990 to 2004, and today the country has about 7 millions and 700 thousand inhabitants. This happened because of three main reasons.

The first one is a marked drop of the birth rate, from 25,2 babies born per thousand inhabitants in 1950, to 9,6 nowadays. But that is not true for all the ethnic communities living in Bulgaria. Even if Turkish and Roma families have fewer children than they used to have years ago, their birth rate still remains significantly higher than the one registered among the ethnic Bulgarians.

The second reason is the increased death rate, which in 2004 reached 14,2 deaths per thousand inhabitants; second in Europe only to the ex-Soviet republics. This is caused by a swiftly aging population, but also by a very worrying child death rate, way above the European average.

The last reason lies in the migratory flows. Since the end of the communist regime, nearly 700.000 Bulgarians left their country looking for better life, especially young people with higher education.

According to a 2004 report of the UNDP, (United Nations Development Programme), "Bulgaria is one of the East European countries showing a clear demographic decline".

If there is wide agreement on these data, the same cannot be said on their interpretation. There are controversial points of view on the demographic future of ethnic Bulgarians, in some cases even diametrically opposed.

"If we do not stop this trend, in 2050 there will be one young person every four elderly", stated Mihail Mirchev, sociologist and member of the newborn Advisory Council for Demographic Issues on the pages of the newspaper "Standart".

"We are getting too few and this situation will lead the country to a deep and irreversible crisis " added Mirchev. According to some, the population's decline will trigger economic crisis, since a decreased working population, forced to support the older generations, will not be able to sustain global competition.

According to others, the current change of the demographic structure in the country is a normal process, linked to its social and economic development, which does not only represent a threat, but also an opportunity for improvement of the living standard.

"There is no demographic crisis, but progress" writes in a leading article Svetla Kostadinova, member of the Institute for Market Economy. According to Mrs. Kostadinova, migration abroad decreased noticeably, while the migrants' remittances continue to play a central role in the inflow of capitals into Bulgaria, second only to direct foreign investments.

Catastrophists, underlines Mrs. Kostadinova, forget that population aging is due to a positive process, the prolongation of life, and that the birth rate has decreased because nowadays many young people study till they get a university degree while, at the same time, more women are active workers.

If on the one hand tragic demographic estimates seem to foresee the next disappeareance of ethnic Bulgarians, on the other hand complaints of the growing Turkish and Gipsy communities can often be heard in the country. "By the mid of the century ", writes Anton Ivanov on "Geopolitika" magazine " the Roma community will probably reach the 30% of the population. Since they traditionally survive offering services to the majority group, this disproportion will cause serious difficulties not only to the Bulgarians but to the Roma, too."

The danger is to become "a little Gipsy country", marginal and far from European standards. "In many places the Roma minority has already become a majority", affirms Mirchev again, "and instead of Roma neighbourhoods, we assist the birth of pure Roma villages. Anybody travelling through Bulgaria can perceive that easily".

Some parties, like the nationalist movement Ataka, uses to recall the ghost of Kosovo as tragic example of "demographic war" as a tool of political pressure, applied with hard consequences by minority groups on the majority.

These alarms though, according to professor Atanas Atanasov, main author of the" Bulgarian strategy for demographic development 2006-2020", published at beginning of the year, are widely excessive, expecially in the middle-long term perspective.

If it is true that Roma and Turks have more babies than Bulgarians do, says Atanasov, these minorities are much smaller than the majority group. Currently, 74% of the new-borns in the country are little Bulgarians, and the birth rate is falling among the minority communities, too.

At last, some analystis claim that Parvanov took his initiative mainly for electoral reasons, rather than strategic ones.

According to some, in fact, after having assured the votes of the Turkish minority for the next presidential elections, thanks to his support to the tripartite government coalition, which includes the Movement for Freedoms and Rights (political rapresentative of this community), Parvanov decided to push on "national" issues to steal votes away from Volen Siderov, leader of Ataka, until now the only contender to the presidential office.