Zecovi, the quest for justice 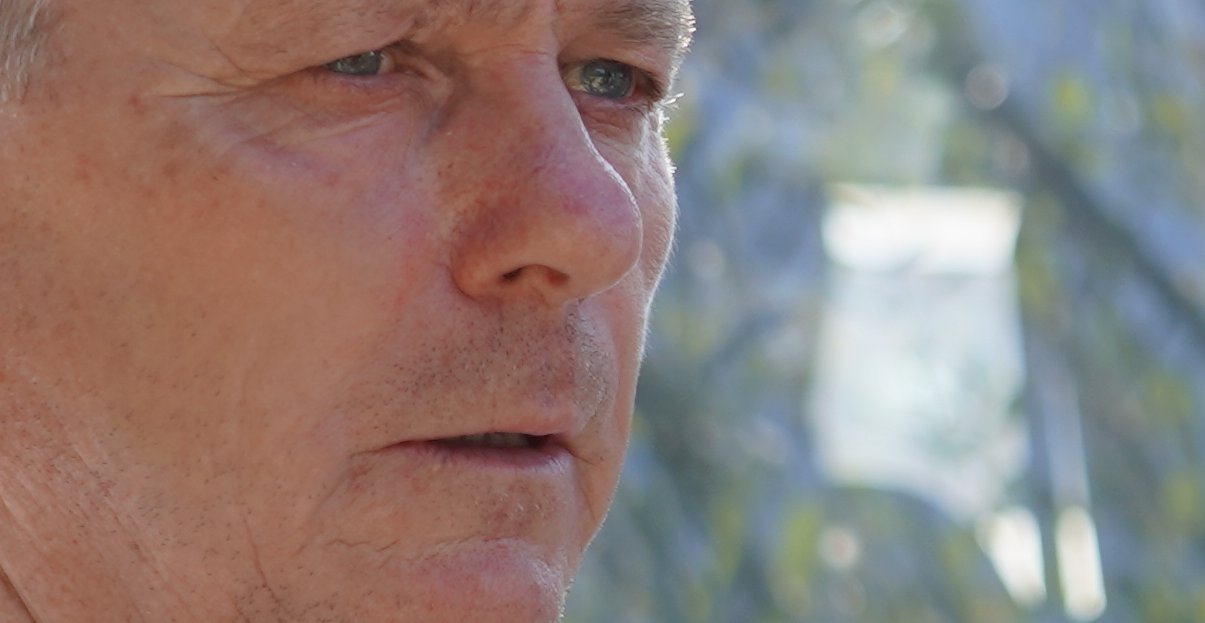 On July 25th, 1992, 150 civilians were killed in the Bosniak village of Zecovi, a few kilometres from Prijedor. Among them 29 relatives of Fikret Bačić, who returned to Bosnia at the end of the war to search for their bodies and bring those responsible to trial. On the day of the commemoration of the massacre, we collected his testimony

"When you arrive in Prijedor, instead of going towards the old town, continue towards Sanski Most. After a little less than 5 km, you will find a small paved road that will lead you to us". Fikret Bačić is on the phone, giving us directions. It is July 25th, and in the Gradina hamlet of the village of Zecovi there is a commemoration of the massacre of 150 civilians, including 29 relatives of Fikret's.

While in front of his house women and men on the lawn begin to follow the "namaz" (prayer) in memory of the victims, Fikret accompanies us along the path that runs along the fence of the garden and stops in front of a tombstone in the shape of book. 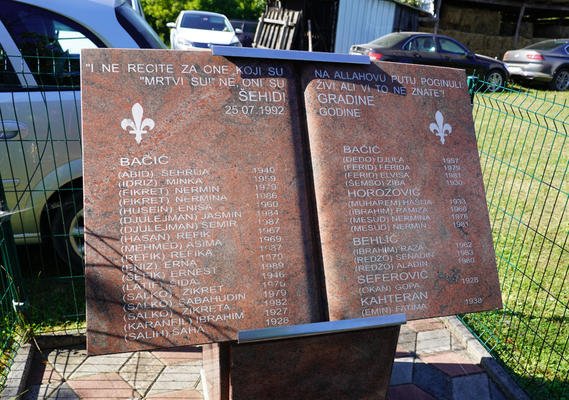 Zecovi, the tombstone in the shape of book - photo by N.Corritore

"I had been working in Germany since before the war broke out, while my wife and children had stayed here, next to all our relatives – my parents, my brothers and grandchildren, my grandparents, my uncles and cousins". Thus begins his story to the group of Trentino people on a trip to Bosnia organised by the "Bosnia Mori Group" , active in the Prijedor area for years.

"In total they massacred 32 of my relatives, including my wife, my 6-year old daughter Nermina, my 12-year old son Nermin and, among others, my brother's son who was only 2". He says this while pointing to a concrete casting in the middle of the lawn. "The house was there, next to my father's. When I returned it was completely destroyed and I had to build a new one next to the rubble". Then he turns and points to the woods on the side of the path: "Now you only see woods. You should know that here it was full of houses, but their ruins are covered by 27 years of neglect". He adds that everything around the houses, along the hill, was covered by cultivated fields and on the horizon, one kilometre as the crow flies, you could see the houses of the Serbian-Bosnian neighbours: "Without the woods you could also see them now, the homes of those who participated in the massacre".

On July 23rd, the Bosnian-Serb military forces besieged the village and deported all adult males, who were mostly killed during the deportation or in the lagers where they were imprisoned – Keraterm, Trnopolje, and Omarska, leaving women and children in the village.

"Women and children in my family were ordered to stay in a warehouse shed that we used for agricultural tools, and a group of soldiers stayed to check them. Two days later, on July 25th, another group of soldiers arrived and together with the group that was already here they went to the village of Briševo – you can see the church bell tower there. Women and children decided to leave the shed to go up to the house; from the windows of the first floor they began to hear the gunshots that came from that village, 2.5 km away as the crow flies [on that day 68 people – including women, the elderly, and children – were massacred in Briševo, inhabited by Croatian-Bosnians, ed. eznode://194076]".

What happened then, Fikret can tell thanks to the testimony of his nephew Zijad. "Here, where there is now this tombstone with the names of my family members who were killed, there was a table. In the late afternoon, the soldiers returned and sat down to have coffee, then they went to the barracks after repeating to the women to stay 'safe' and not to stray to avoid being injured due to the ongoing clashes...".

As night fell, a neighbour's house began to burn and gunshots were heard. Shortly after, a soldier appeared at the door and ordered them to leave: "The women took the children by the hand and all were brought near that wall, under the orchard. Zijad, who was 14, had lingered to put on his shoes and he remained last. As he was leaving the house he recognised our Bosnian-Serb neighbour, Ilija Zorić, in the first soldier. When they started shooting, he hid behind the wall and managed to get a few metres away. From his spot, he recognised another neighbour, Željko Grbić, among the executioners. He witnessed the murder of everyone, including his mother, two brothers, and a sister... even the moment when a soldier passed between the bodies to give the coup de grace". The same scenario would repeat soon after in front of the aunt's house, with children and grandchildren – only two children would survive their injuries.

The soldiers left, sure they had made a "clean sweep". As darkness fell, Zijad decided to go and ask for help from a neighbour, his friend and classmate, a Bosnian Serb, who lived 1 km away. Not finding anyone, he climbed to the first floor balcony to spend the night safe. The next day he returned to his relatives' homes hoping to find someone alive, but when he saw the bodies on the lawn he could not stand it and came back. Fikret goes on to stress the importance of the help that was offered to his nephew: "He found his classmate S. and his parents, who hid him for 8 days. But since the military unit responsible for the massacre had learnt that he was the only surviving witness and was seeking him out, he was no longer safe. S.'s father, thanks to his high-level acquaintances from before the war, managed to get Zijad to Prijedor, from where he fled to Travnik with another uncle".

From Travnik he managed to get to Zagreb, Croatia, where his uncle Fikret was waiting to take him to Germany. As soon as it was possible, after the war, they returned to live in Bosnia in 1998. A decision, says Fikret, taken with two objectives: "The first was to find those responsible for the massacre and bring them to trial. The second was to find the bodies of my family".

To date, the bodies have not been found yet: as happened in many other cases, after the summary killings the victims were hidden in mass graves. The remains of some of the 150 civilians killed in the municipality of Zecovi have recently been found in the largest mass grave so far discovered, Tomašica – a huge area where the first bodies were found in 2004, but many more since 2013. To date, the re 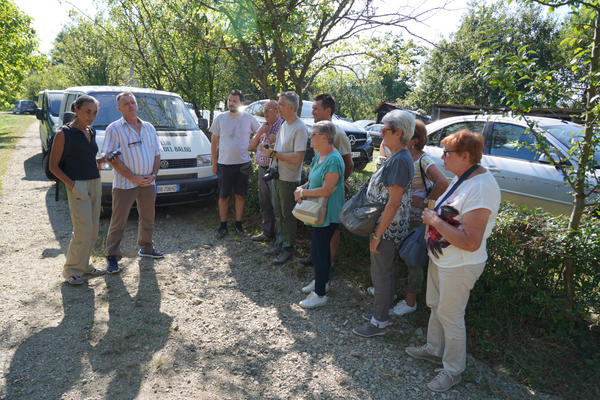 mains of 430 people have been exhumed.

When Fikret and his nephew Zijad returned to Bosnia, they started looking for more witnesses and evidence to obtain the order of arrest for suspects and the start of a war crimes trial. In December 2014 , 15 former members of the Bosnian-Serb army, police, and Prijedor crisis centre were arrested: the two neighbours then recognised by Zijad, Dušan Milunić, Radomir Stojnić, Radovan Četić, Duško Zorić, Zoran Stojnić, Zoran Milunić, Boško Grujičić, Ljubiša Četić, Rade and Uroš Grujicić, Rajko Grbić, Zdravko Antonić, and Rajko Gnjatović. Their trial, which began in June 2015, is underway in the Sarajevo Court and expects the appearance of nearly 100 witnesses including, in addition to Fikret and his nephew Zijad, the mother of his school friend. Zijad's friend and father were killed a few months after the massacre, while his mother, who survived, decided to participate in the investigation and today is a witness of justice under protection.

Waiting to obtain justice, attending every hearing – the next will be on September 13th, Fikret Bačić participates in the search for the disappeared also as a member of the board of the Institute for the Search for Missing Persons of Bosnia and Herzegovina (IOM – Institut za nestale osobe Bosne i Hercegovine ): "There are still 7,200 people missing and it is not at all easy to get information from those who have concealed their bodies or even 'only' seen; sometimes we still receive them, but time is an enemy. Yet I continue to hope that, thanks to someone's regret, I will finally find my family too".

The 15 people arriving from Trentino remain speechless over the hour of storytelling. Only a timid question, before parting: "How do you manage to tell this story each time and hold up?". Fikret, steadying his look and voice, replies: "Every time I tell people like you, that want to know, I actually transfer a piece of me that you take away. By doing so, I lighten up a part of the weight that I harbor inside".

We leave behind the tombstone wanted by Fikret to remember, to those who pass by that path and above all to the young, what is summarised in the inscription before the names: “Do not say, of those who have lost their lives along the way of Allah, that they 'died'. No, they're alive, but you don't know that. 25.07.1992".