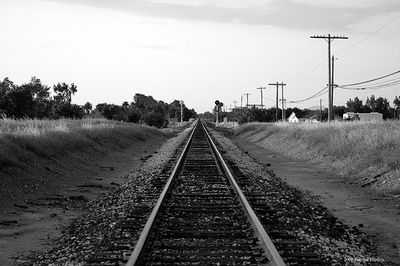 After an 18-year interruption of service, the Belgrade-Sarajevo train line was recently re-opened for the first time since the beginning of the war. The first train to travel on the line was an engine pulling three carriages: one belonging to Republika Srpska Railroads, one from the Federation of Bosnia and Herzegovina, and the third from Serbia. There were 15 passengers on board

I used to think I was an adult, an emancipated woman, but like a total moron, I still took my dirty clothes home to Sarajevo once a month for my mother to wash. I traveled by plane between May and early October, but after that I went by train because the fog or the snow in Bosnia made flights uncertain.

At that time, there were three trains a day between Sarajevo and Belgrade, plus one at night. As usual, I boarded the night train, which departed from Belgrade around midnight. On that particular trip, in addition to the regular dirty laundry, I carried a big bag full of books in Russian that my sister was sending from Moscow to be stored in Sarajevo.

Locked safely in my compartment, I dropped off to sleep. The trip usually took around seven hours, with the train arriving in Sarajevo in the early morning. This time, though, I woke up with the feeling that it was too early to have arrived. The voices outside were different from those of the night train drivers and conductors who usually spoke quietly so as not to bother the passengers. I peaked from behind the curtain; we had stopped in a field. Afterward, I found out that we had been near Vinkovci, a railway junction about two hours from Belgrade in the territory of what was then the Yugoslav republic of Croatia. There were many armed men outside. Although they wore uniforms, they did not look like regular soldiers. They were untidy with unbuttoned shirts and walked swaying like drunks, dragging their belts behind them; some were sitting on the ground. Empty beer bottles were scattered around the tracks. The men were shouting and cursing. I double-checked to make sure my door was locked and waited. The men were “ZENG,” that is, members of the Croatian paramilitary units formed by the Croatian authorities.

Someone with an angry voice knocked on the door and asked me to open it. Pee-yew. A man whose breath reeked of alcohol asked to see my ID card. “Hmmm”, he said and asked me where my husband was. “I don't have a husband”, I replied. “Ha ha ha”, he laughed, and then commented, “don’t tell me that at your age you are still not married!” Then he asked me what was in the big bag. “Books”, I said. “Open it, let’s see”, he ordered. He took a book, turned it, opened it, and looked at it upside-down. He could not read Cyrillic. “Eww, you read Serbian!” he said, with a scowl meant to demonstrate his disgust. “It is Russian”, I replied with contempt. “It’s the same sh...”, he said, throwing the book on the bed, and he went away.

After a while, the train continued. It passed over the bridge on the Sava River and entered Bosnia. In Doboj, they woke us up again. This time, the voices were those of the train staff. Kind and worried, they asked us to take our luggage and leave the train: the rail line had been shut down. In the dark night, under the dim lights from a small station deep in the countryside, people dragged their suitcases and bags along the rails, mothers carried their half-asleep babies, some helped women or the elderly. Everything happened without words. Not even babies cried; only the sound of footsteps and bags being pulled could be heard. No one protested what was happening. Silence was the key word. We silently accepted their instructions; we moved without objection; we conceded without protesting; we listened when they lied. We, the common people, outnumbered them, and yet we obeyed those who were stripping us, little by little, of all our rights. The things they did to us had nothing to do with either with ethnicity or religion. They were simply wiping out our human and civil rights.

We made a small part of the journey by bus, but then they made us climb onto another train, carrying other Sarajevo passengers, which had stopped on the other side of the shut down railway.

No one closed an eye for the rest of the trip. Silent and worried, we looked through the windows. In the dark, humid, and foggy night, the Bosnian night, we were looking for a reasonable explanation for what was happening to us.

The railway had been shut down and for 18 long years, no more trains would travel between Belgrade and Sarajevo. Later, other railways and roads were cut off, lines broken down, relations ceased. Interrupting both physical and mental ties, they constrained us to stay within an ever smaller territory, within ever tighter borders; not allowing us to move until the break-off was complete, until the isolation had been transformed into a siege.

The railway, more than anything else, symbolized the development of Yugoslavia. The most important stages in the country's history can be traced back through the construction of the various sections of its railways. The first “victory of the new socialist man” (that was how the new social achievements were defined) was the construction of the railway Brcko-Banovici. This legendary, 220-kilometer railway was built in 1947 in only six months, an achievement that holds a world record even today. Youth brigades from all over Yugoslavia and from abroad worked on it. That particular section of rail was constructed in order to transport coal from the Banovici mines to the big cities and industrial centers.

At the time, the train was the only means of transferring large populations. Yugoslav authorities transferred entire villages from poor regions, like Lika in Croatia and Herzegovina, to Vojvodina, a vast, fertile plain. The settlers, as those who arrived in Vojvodina were called, moved into the empty houses of the so-called “folksdojcer”, the German minority that had lived there before. After World War II, the folksdojcer had been accused of collaborating with the Nazis and around 30 thousand of them had been forced to leave Yugoslavia. An epic movie chronicling the heroic history of the Yugoslav people, “Vlak bez voznog reda” [Train without a Schedule], details these events.

Later, we traveled by train for different reasons; not only to go “trbuhom za kruhom”, that is, in search of work and bread, but also in search of education. Yugoslavia was a young nation and education was an imperative. The trains took thousands of young people to the university campuses every day. These moments of train travel were also immortalized. In a beautiful poem about a small train station in Podlugovi, central Bosnia, Serbian poet Vlado Divjak tells the story of a blond-haired girl who intermittently removes her cap to clean the snow off. Everything that brought us love - or took it away from us - happened on the trains. The verses of the poem were set to music in the song “Podlugovi”, sung by Zdravko Colic. The song still makes us nostalgic, and after a glass of wine, it can even be a tearjerker.

Another song is “Selma” by the legendary rock group “Bjelo Dugme” [White Button]. Its lyrics contain the words “train”, “luggage”, “train window”. Even though the word “love” is not used even once, I still think it is one of the most sentimental songs of all times. Selma leaves and he, in the moment of saying goodbye, instead of confessing his love as he had planned, only manages to say a banal phrase: “Selma, do not lean over the window”. It was a real “wrist-slitter”, as we called the heartfelt songs.

Arsen Dedic, the popular singer from Zagreb, sang “Brzim preko Bosne” [With the Fast Train Across Bosnia]. That was in the seventies and the eighties when, happy and careless, we boarded the trains that took us full-speed south, to the sea. Those trains, despite being long, could never fit us all in. In July and August they resembled the trains in India, full of people both on the inside and the outside. Our holidays always started with the boarding. Like a cliché in a movie, there was always the guitar, the bottle of wine, and we sang together seated on the floor in the corridors.

Back then we also used the train to export what we had in exchange for upgrading our appearance. Three or four trains and hundreds of buses traveled to Trieste from Yugoslavia every day, all full of people who could not wait to spend their savings on new clothes.

I traveled to Trieste by train one April night with my friend Tony, just to buy a pair of boots. We chatted with the other passengers and offered them our sandwiches and soft drinks, along with the requisite exchanges of 'Please, taste this', 'Okay, thanks', 'That's delicious!' 'Who made it?' 'Have another snack please!' But after a couple of hours, they took out their provisions and ate without offering us anything. Tony and I pretended it was nothing; we stared through the window into the darkness, embarrassed by the unkindness of those strangers.

In other countries, the deceased are transported in limousines or in ceremonial horse-drawn carriages. Here, when President Tito died, he went on his last journey in his “blue train”, as the train he used to travel throughout the country was officially called. His remains were transported from Ljubljana to Belgrade by train, a journey of about 700 kilometers. What I remember from the TV images is not so much the people who lined the railways to greet their beloved president for the last time, but the large engine that pulled the train without stopping. It slowed a bit when it passed by the crowds and sounded a strong, determined whistle as if to underline that death is certain and inevitable and that destiny can neither be changed nor prevented.

Eighteen years later, just the other day, a train left Belgrade for Sarajevo. It carried few people; the small train had just three carriages. It seemed like a local train; the kind that goes more out of habit than out of real need. Inside, there were a few passengers, mostly elderly people, without the typical traveler's rush. There eyes showed concern rather than excitement. I recognized an expression on their faces that reminded me of that night the railroad was closed down. We still don’t know where we are headed, nor which stations we’ll be passing through.