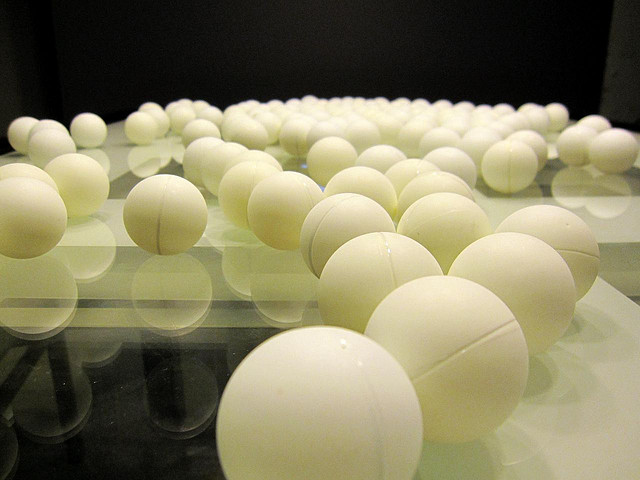 To my sister Naida

There was an exercise book missing. Also, a papier maché doll – wash it and it dissolves, like sugar in water (as I discovered), and some home-made cakes. But the front door had not been forced. The thief could not be far away. In fact, they found me straightaway – playing with the stolen doll, replete with the cakes I'd devoured, not eating my lunch.

I was nine, maybe ten years old, when I attempted to be a thief. It was a deadly boring day and when I got home from school I leaned out over our balcony and climbed into the next one, belonging to our neighbours on the same floor.

I knew their flat well because once there had been great familiarity between neighbours with continual coming and going between houses for some favour or other, borrowing some salt or a couple of eggs. In the flat, identical to ours, and, in my opinion, better furnished, I wandered around, looking at and touching objects I knew. Then I heard my door bell ring and scrambled back home, hanging on to the railings of the two balconies, and opened the door to Naida my older sister home from school. I don't know how, but I managed to convince her to join me in the escapade, and together we climbed over the balconies, explored the neighbours' flat, and came back home as if nothing had happened.

Four times I did this – a good ten metres above the ground, on the third floor. I don't remember being scared, as our parents probably were when they found out what we'd been up to. Capital punishment (presumably by hanging, or at least a hundred lashes on the soles of our feet) my sister and I were spared, thanks to the neighbour, a teacher, who begged our father not to be hard on us. It ended with us not being able to play outside for a week and having to kneel on grains of maize for half an hour on three days in a row.

Years after the event when I think about it, the greatest mystery for me was not how I could have been so reckless as to cross from one balcony to another 10 metres above ground, but how I, the younger sister, managed to convince Naida to join me in the misadventure. Not so much because she was bigger than me, but because of her character: she has always been calm, thoughtful, balanced and considerate of others, she was mild and, in a certain sense, refined. In fact the theft of the cakes remains, as far as I know, the only stain on her name, and her name was for a long time the name of a champion.

The Socialist Alliance of Working People

Some policies of the Comunist Party, those not strictly political, had been implemented by the SSRN (Socialistički Savez Radnog Naroda – the Socialist Alliance of Working People). Officially its role was to address the political, cultural, sporting, religious etc. interests of the population, but in practice it took the place of a multi-party system. It was a sort of stage on which one could hold discussions, be listened to and perhaps gain support for one's ideas.

At the beginning of the 60s the policy was to develop sport and involve as many young people as possible. Tennis was considered middle-class and, as such, discarded. Whereas table tennis, or ping-pong, its onomatopoeic name, was all right: a sport not requiring much outlay which, maybe at that time, was the deciding factor. Table tennis, however, requires a high level of ability, physical and mental concentration, patience, steady nerves and tenacity. All of which my sister Naida possessed. She was twelve when she started playing table tennis. Discrete as she was, we only found out how good she was after she had won several competitions and the first articles about her achievements had been published in the newspapers.

For table tennis the SSRN had provided a room in a shed. The only thing which made it suitable for the sport was its spaciousness. It was on the ground floor, without heating or washrooms for changing after sweating, with two tennis tables in the middle and some chairs along the wall. At first only boys played because the girls weren't interested. This was not right, according to official policy. So new directions were given and the coach Asim Sakić, known as Aco, went to the local school "Boriša Kovačević" to look for girls with sporting potential. Out of the fifteen selected, two distinguished themselves: Naida Nuhefendić and Slobodanka Kokotović, who soon succeeded in winning all the competitions in Bosnia Herzegovina and, for ten years, were among the best national table tennis players.

The two girl champions were also charming, having the same age and short hair, cut in the same style – they looked like twins, and their short skirts looked like lampshades above their long legs. When they bent to pick up the ball they did it so gracefully that the fans clapped just as they did when they won a point. Their femininity was in marked contrast with the skill and strength they showed as players. Even today the sound of the rhythm of the matches echoes in my ears: first a regular sound, piiiing – poooong, piiiing – poooong, then the cadence accelerated to turn into a burst of movements with a final, decisive PONG.

The two girls contributed to the popularity of table tennis and the number of players and fans quickly increased. Thanks to the two champions the name of the small club, "Grbavica", formerly known to no-one, entered the classification of the Republic. After its success, the SSRN decided to finance it – not a large contribution, but enough to pay for travel and hotels.

Discipline and tenacity are indispensable for success in any sphere. Naida and Slobodanka had both. Maybe these qualities, more than talent, were instrumental in their success. They got up early, between four and five o'clock in the morning, to train. They practised in the afternoon, sometimes even till late in the evening, and at the weekend they travelled to compete in the matches. After they'd won a series of competitions, they were presented with an award: two tracksuits, the most that could be expected in those days.

Suddenly, though, the two champions did not appear at the usual training sessions. One day passed, then two, three. . . Aco, the coach, went to look for them. Those two girls, so tenacious and disciplined, had stopped training for the silliest of reasons: the tracksuits were so pretty they wanted to wear them not just for training, but also for going round town - after a few alterations. The trousers had been made skin-tight, as was the latest fashion; this was fine for the town centre, but not for sport. Following this experiment in fashion, Slobodanka and Naida were scared to face their coach – the best thing was. . . to disappear.

Once, at least where we lived, sports were practised for love and enthusiasm, they were free and no-one earned anything either from playing or coaching. Those who were good at sport enjoyed social recognition. Young people's ideal was the great champion, not a big brother.

I remember that along the street where the youth of Sarajevo met every evening to stroll up and down for hours, local louts who taunted everyone, often embarrassing the girls with words or gestures and pulling their hair, showed off their muscles to the boys. But, for the girl champions, they had respect: Naida and Slobodanka were admired. One certain Dževdo, an impulsive, uncontrollable character, made us scared; he was provocative and spared no-one in his taunting, except the two girl champions. He would even stop others, ostentatiously, to let them pass.

I was hoping to make use of my sister's fame as a table tennis champion when I moved to Belgrade. Twenty years had passed since she was playing and winning, but even the director of Belgrade Radio and Television, Nikola M., still remembered her and asked me if I were related to her. YES, I said enthusiastically, hoping for special treatment.

In the 60s table tennis was very popular in Yugoslavia. About twenty thousand people played. For a small country like Yugoslavia, that was a lot, although nothing compared with the Chinese People's Republic, where players could number in the millions. China, in the middle of the last century, was the world power in table tennis, and still is today. But for a while the Yugoslavs could keep up with them. In the 60s the Yugoslav national team put the Chinese in difficulty. In championships the decisive matches were between Chinese and Yugoslav players. We still know the names of our former champions by heart: Dafinić, Palatinus, Stipančić, Gafić and Surbek.

The skill of our ping pong players led to an important recognition for us: forty years ago exactly, in 1973, Sarajevo hosted the world table tennis championships (STENS). It was the first big event that we would hold. The cultural and sports centre "Skenderia", just built in the city centre, was the arena where the world's best would challenge each other.

At that time the world was, ideologically, split in two. Sometimes in big sporting and cultural events someone refused to take part because of not wanting to be with ideological or political adversaries. Whereas in the world table tennis championships in Sarajevo, the players came from all parts of the polarized world. This was indeed recognition, not only for our sportsmen and women, but confirmed the position of Yugoslavia in the non-aligned world.

During the championships, as a student, to earn a little money, I worked as an official. That was when I could, for the first time, use my knowledge of Russian to talk to an American. Having studied it for twelve years, I seemed to have learnt something which was of no use. Those who studied English, French or German had plenty of opportunities to practise, while we, with Russian, hardly ever. The American was the son of Jews who had emigrated from Russia to America. He too was pleased to be able to speak his mother tongue.

The world table tennis championships were the dress rehearsal for the following great sporting event hosted by Sarajevo – the winter Olympics of 1984.

But then arrived those who, to sport, preferred war games. In the Olympic mountains surrounding Sarajevo in 1992 those cowards appeared armed to the teeth. A group of these planted themselves at the base of the ski-lift at Jahorina and, with a Kalashnikov in their hand, took the money of those who still hadn't realised that the war had begun.

In open contradiction to the principle of the founder of the modern Olympic Games, Pierre de Coubertin, who declared " the importance is not in winning, but in taking part", those people there counted on winning. And to do it they used the fourth great military power in Europe, the Yugoslav People's Army (JNA) against civilians. In five years they destroyed all that the Yugoslav population of twenty million people had taken half a century to build.