Srebrenica, the weight of a vote 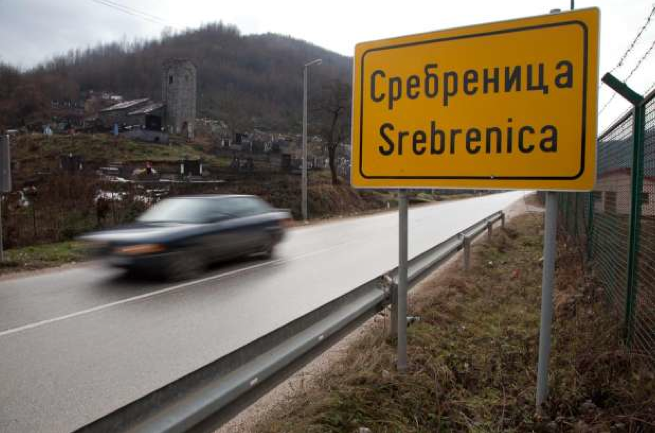 The local elections of October 2nd brought Srebrenica its first Serbian mayor, supported by a coalition of nationalist parties

Srebrenica is commonly associated with teret, which means "burden", "weight". The weight of the pain for the victims of the genocide, of the divided memories and the political pressures of the distant capitals, of the ballot papers and boxes. On October 2nd, for the first time a Serbian mayor was elected in Srebrenica. Mladen Grujčić, 34, chemistry teacher at the head of a coalition of nationalist parties, got 54.4% of the vote, against 45.4% of his opponent and incumbent mayor, Camil Duraković, 37, supported by the Bosniak parties.

Grujčić's profile is ambiguous to say the least. He is a young man with little political experience, but citizens well remember his proximity to the ultra-nationalist Serbian Radical Party of Vojislav Šešelj, who allegedly supported Grujčić's campaign. On the one hand, Grujčić has pledged that his government will be multiethnic, that he will maintain the celebrations of July 11th and pay homage to the victims. On the other hand, he minimises the crimes, refuses to acknowledge the genocide, and wants "to create a commission with Russia and China" to determine "what happened once and for all", regardless of the two judgments of two international courts and the thousands of expert reports, testimonies, and documents collected, assessed and made available. Though in line with much of the Bosnian Serb leadership, this attitude is no less inadequate for a post of such a huge symbolic and human meaning. Associations of victims and ordinary citizens have reacted to the results with indignation and concern. Some even evoke the possibility of leaving the city, a scenario that would bring the city back of twenty years. Others have called for calm and the defense of normalcy and coexistence.

The vote has also legal consequences. Duraković has not recognised the result yet, despite the official confirmation by the State Electoral Commission. On October 25th, Duraković announced a recourse to the Constitutional Court (though the ordinary Court of Appeal has already rejected it) denouncing alleged manipulations, including not counting votes arrived late by mail – 2,000 according to Duraković, against a gap of 768 votes between the two candidates. According to analysts, a reversal of the situation is now unlikely, but Duraković does not yield, calling for a battle for the rule of law and against Grujčić's negationist positions. This deadlock can, again, put Srebrenica in a limbo, this time hostage of judgments and official papers.

I (do not) vote for Srebrenica

The electoral result has two main causes. The first is the gradual modification of the special system that has governed the municipal elections in Srebrenica for years. In the past, the right to vote was extended to all persons registered on the electoral lists in 1991, even when resident in other municipalities or abroad. This rule, conceived as reparation for the ethnic cleansing, allowed the election of a Bosniak mayor in a city that after 1995 had become of Serb majority.

In 2012, this exception was not renewed, sparking protests from survivors and pro-Bosnian environments, who launched the campaign "I vote for Srebrenica" (Glasaću za Srebrenicu), convincing over 2,000 citizens to take up residence – even temporarily – and support pro-Bosnian candidate Duraković, then victorious.

Later, however, a new law made restricted the conditions for residence, and therefore for eligibility to vote, for refugees and migrants. There are now 7,700 Serb registered voters, against about 6,000 Bosniaks. "Most Bosniaks live in the Federation of Bosnia and Herzegovina, where they have the healthcare and welfare. If they register in Srebrenica (which is in Republika Srpska, ed.) to vote, they lose all rights", told OBC Transeuropa activist Bekir Halilović.

The second cause is more explicitly political. Analyst Srđan Puhalo tells OBC Transeuropa that, for the first time, the Serb parties have presented a single candidate. In addition, the influx of voters from neighbouring Serbia was better organised and coordinated than in the past. Bosniaks, however, did not mobilise for the incumbent mayor Camil Duraković, who had raised great expectations four years ago. Born in 1979, he survived the massacre of 1995 and emigrated to the United States, then returned to the city in 2007. His appeared as the ideal profile: young, independent from political parties, a vision of the future, openness to dialogue.

However, a weak strategy seems to have confused his very constituency. "He kept too quiet on the irregularities that occur in the municipal administration", explains Halilović. Moreover, Duraković did not manage well the growing presence in the affairs of Srebrenica of Serbia's prime minister Aleksandar Vučić, with whom he has had a fickle, never completely transparent relationship (see Vučić's famous visit in 2015, that ended disastrously, and the subsequent promise of five million Euros to the municipality).

The campaign "I vote for Srebrenica", decisive in 2012, was dissolved by internal conflicts. Its charismatic former leader Emir Suljagić, also a survivor of the massacre, allegedly opted out for personal disagreements and rivalries between parties. Suljagić blames Duraković for being manipulated by Vučić and mismanaging the campaign, throwing heavy epithets ("complete idiot", "political amateur") from his Facebook profile.

The presence of two young candidates, both resident in the city and with their own individual baggage – one escaped the genocide after six days and six nights of running through the woods, the other had his father killed at beginning of the war – could have been an opportunity for dialogue and mutual recognition. Given the irreversible trend of events, this chance was lost.

"Here everyone, regardless of nationality, is tired of elections, of the tensions only incited to get votes every four years. Nobody cares how people live here. Everything will calm down again, Srebrenica will be forgotten again. Meanwhile, these places empty day after day", tells OBC Čedomir Glavaš, director of the Youth Centre in nearby Bratunac. Srebrenica continues to attract voters as it continues to lose population, in line with the demographic catastrophe in the region. According to the 2013 census, the municipality counts 13,409 inhabitants, just over a third compared to 1991 (36,666), with an unemployment rate of 34%.

In this context, financial recovery must be accompanied by respect for the different memories, and vice versa. Irfanka Pasagić writes that the inhabitants of Srebrenica "now walk the same road, go to the same shops, and ride on the same buses"; they must meet, then greet – so begins the dialogue. Then they have to take care of what they have in common: roads, jobs, schools, the fight for survival. "Condemned to each other, as bad as it may sound – they need each other". And the new mayor will be condemned to take over the administration of the city and its consequences, argues Srđan Puhalo. He will not be able to avoid the obligation to organise the commemorations, nor to solve the everyday and existential problems of a city that, "trapped in the past, has no choice but to continue living".