Predrag Pašić, football at the test of nationalism 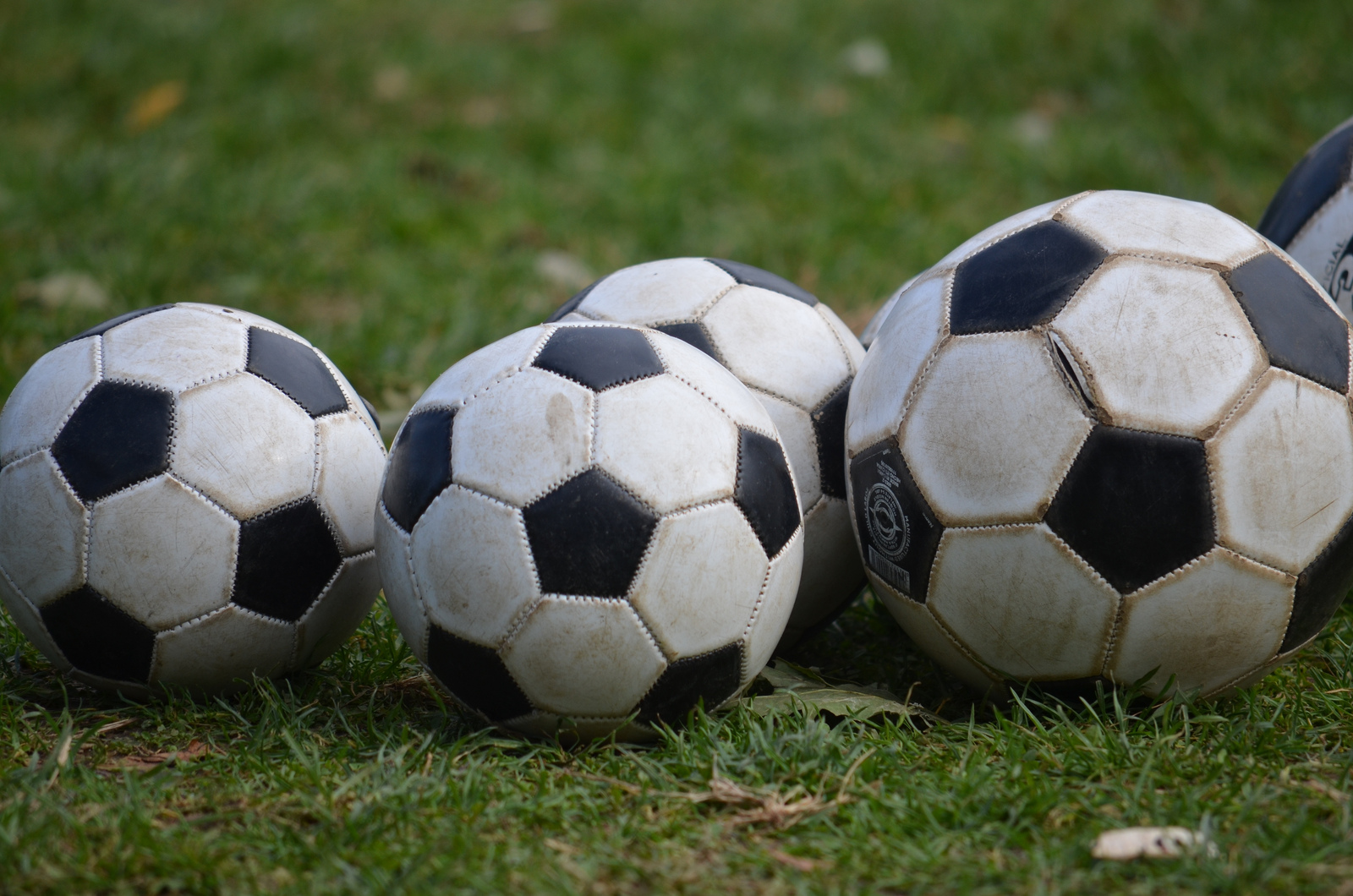 The story of Predrag Pašić, old glory of Yugoslav football, is the story of Sarajevo and Bubamara, a small football academy for children founded during the war. Now Bosnian politics is trying to delete this experience, but Pašić assures: "We will keep fighting"

The first time I met Predrag Pašić, just a month ago, the circumstances were very different. So, we were content to talk about the world championships, the qualification of Bosnia and Herzegovina, the history of Bubamara – the school he founded during the war to teach the values of multiculturalism through football. We had not spoken of the difficulties that the school was going through, the problems with politics, the fact that the SDA party and FK Sarajevo decided to evict the former star of the Yugoslav national team from the pitch where he has trained his boys for over ten years ("How come you did not even mentioned it?" "Well, we were talking about something else", he says, as if to say it was better to focus on the positive side, forget the difficulties).

Now the World Cup is over, the atmosphere of collective euphoria was gone rather quickly ("our team was not so bad, we paid for our inexperience", he says), and Bubamara has closed – "but just for the summer", reassures the former footballer, "certainly not having a field does not help. But we are thinking about a solution and, with a little luck, we will find a place to start our workouts from August".

How was Bubamara born? Why did you decided to create this project?

I was born in Sarajevo, and I have always lived here. Before the war, I thought it was great to live in this city – the only place in the world, as is often said, where you could walk and see churches, synagogues, and mosques; to simultaneously hear the bells and the muezzin. I have always been convinced that this was a value: I am orthodox, but I married a Catholic. Our daughter married a Muslim and we have always been happy about that.

I never wanted to leave. At the outbreak of war I chose to stay here, with my fellow citizens. As the days passed, I thought about what I could do for them. I was a football player, people knew me for that reason: I played for FK Sarajevo along and Yugoslavia, I had attended the World Championships in Spain. With some friends, I thought, 'let's create a football school'. To give a sign of normality, to communicate that life went on. We made the announcement on the radio: 'Predrag Pašić opens an academy for future champions in Sarajevo' - Bubamara. We did not think anyone would come. At best, we expected six or seven people. The training pitch was in Skenderija, very close to the front. One had to cross a bridge that was kept constantly under fire by snipers. It seems impossible now, but you know, at the time there was a sniper at every corner, one more, one less...over two hundred showed up. Muslim, Serb, Croat children. Outside, people would shoot each other for these differences. I taught them that these were what made us strong, I taught them to think as a team.

You had heard these words before though, in the eighties, when you played in Sarajevo. You had heard them from the team's psychological coach. He was a psychiatrist from the capital: Radovan Karadžić.

I'll never understand what happened to Karadžić. For me there are two people: one is the psychological coach who motivated us in Sarajevo, who taught us what I too, today, try to teach my kids – that our diversity is a resource. That we are all part of the same team and that, as a team, you win. The other Karadžić is the one unfortunately known to history, the leader of the Chetniks who is now on trial in The Hague. These two men have nothing in common. I will never know what drove one to become the other, it is a question that I'll take to the grave.

Over the years, Bubamara has become a small symbol of a different Bosnia and Herzegovina. Eric Cantona spoke about it in his recent documentary, 'the rebels of football'. One episode is even dedicated to you...

Bubamara has several schools across the country. Our kids are Bosniaks, Serbs, Croats, without differences. Often, when we organize tournaments, we move across Bosnia and Herzegovina – from a Muslim-majority region, for example, to a Croat- or Serb-majority one. The kids get to know each other, learn to accept their differences. And the best part is that the ir parents get to do the same. It seems trivial, but it is important in this country. To know each other, to travel, to look beyond stereotypes...Then there are the international tournaments, when we form a national selection. On these occasions, boys of different cities, belonging to different ethnic groups – people who would not normally even have a chance to meet, play with the same shirt. All the same.

In recent years, at Bubamara, I have seen thousands of extraordinary kids. Over time, they have become doctors, teachers, lawyers (one of them, Ervin Zukanović, now plays in the national team)...I like to think, at times, that I helped them to find out their best qualities. In this country we often complain that young people are apathetic, indolent. In fact it is this very country that despises them, pushes them on the edge by demotivating them.

Still, not everyone is convinced that this school is a resource.

Over the years we have constantly had to cope with many problems, politics has always exerted considerable pressure to shut us down. Never, however, had we gotten to the point where we are now.

Since 2001, we have always trained in a pitch near the airport, in the municipality of Ilidža. It was owned by an old Yugoslav public company, failed in the eighties. There has always been a lot of confusion, after the war, with respect to ownership and the cadastre. For years we have taken the chance to train there. We have invested money, about 500,000 marks (€ 250,000) to build the facilities, changing rooms...then municipal authorities gave us the opportunity to regularise our position for an amnesty of 30,000 marks, which I regularly disbursed. Yet, at the end of April, current mayor of Ilidža Senaid Memić (SDA) evicted us. The gate is closed now, and the entrance is guarded by private security guards.

In a recent interview to ‘Dnevni Avaz’, you said, quote, that "I was evicted because my name is Predrag", that is because you are a Serb. Are you truly convinced that there are political motivations behind all this?

Absolutely. It is not the first time they try to bring my school down with a pretext. The SDA (Bosniak traditional party, ed.) is the majority in the municipality and has strong connections with FK Sarajevo. Here it's all about politics, even in football unfortunately.

Since we left, our facilities are regularly used by the youth section of FK Sarajevo. It is rather ironic, considering that we are talking about my old team, of which I was the flag. But these are the times: the management has cut off all contact with the old players. I tried to talk to them, to get some answers, but nothing, they pretend they do not know me. For years, they have helped themselves to what my school produced. They have literally stolen five of my coaches, who now work with them. Players of mine have been regularly taken away, lured by this team, which is still one of the main in Bosnia's Prva Liga.

Politics is against you – what about the Bosnians? Is there someone who supports you? Have you received demonstrations of solidarity, closeness?

You see, my problems are those of everyone in this country. People have other things to think about and, honestly, I cannot blame them. Bosnia and Herzegovina has been ruined by these politicians. They used the war to enrich themselves behind people's backs, and now, with the floods, it will be the same thing. For them, what happened in May is a gift of God, they will make more money and build two hundred meters of new pipes in exchange of the citizens' votes. And, to be honest, I am not very hopeful for the future. Everyone has the politicians they deserve.

I do not know how our struggle will end, but I'm not going to give up. There is an ongoing trial for that pitch. We hope we will win. But if we don't, I'll still be happy. Happy to have worked pursuing my ideals. If nothing else, I can keep walking down the street, my head high, without any shame. Shame will be for the enemies of Bubamara, when I meet them in the future.