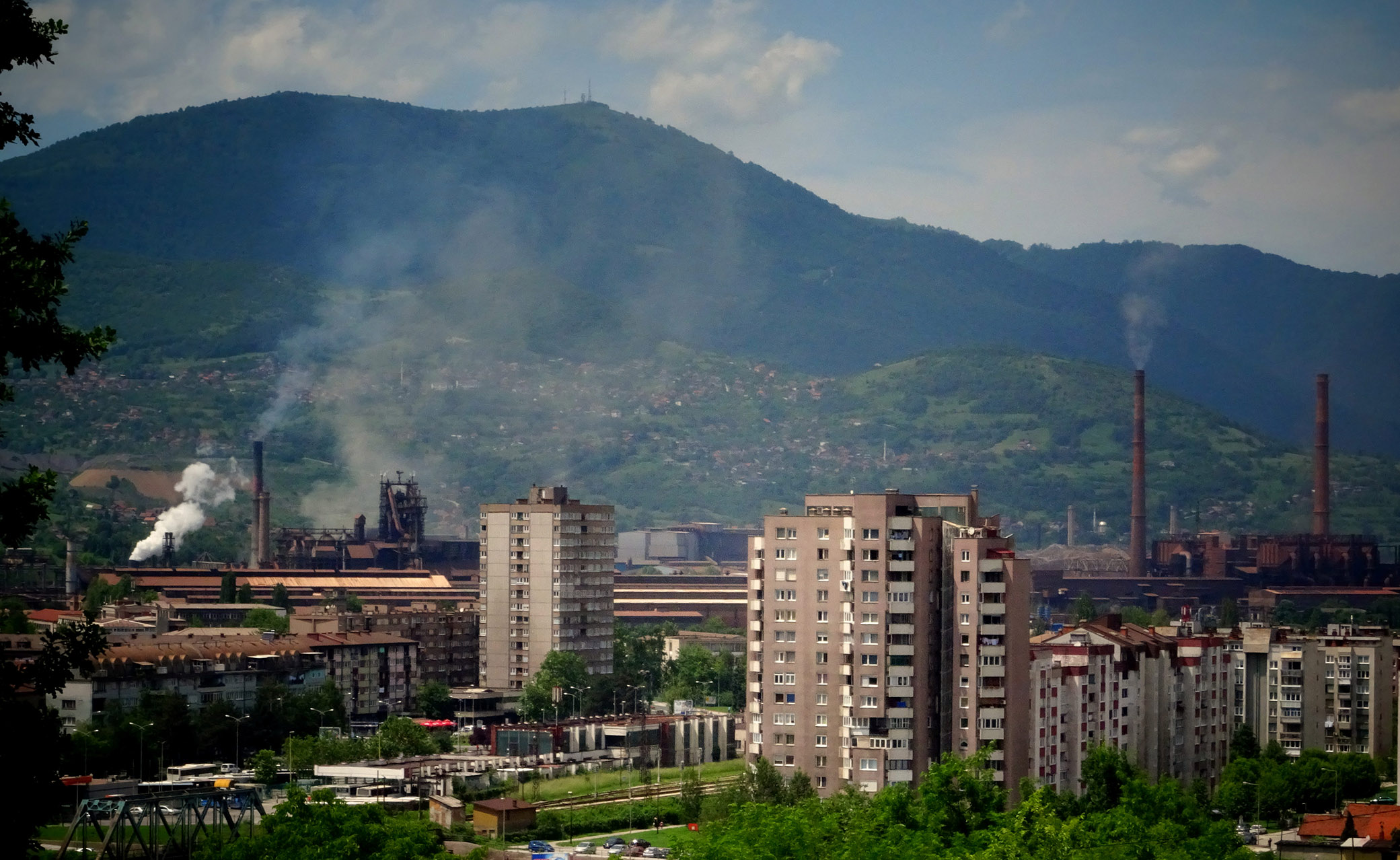 One a few days after the other, two independent reports show the extremely serious level of industrial pollution in Bosnia and Herzegovina. According to activists, the inefficiency of old plants combines with that of institutions, which provide incomplete, partial data. Thus emergency becomes camouflaged normality

In a press conference held last June 17th in Zenica, the environmentalist associations Arnika and Eko Forum presented a report on industrial air pollution in Bosnia and Herzegovina . The study, reviewing the official data available, compiles a sinister top ten of the most damaging plants of this environmental and health scourge.

On the first step of the podium is the Arcelor Mittal steel plant in Zenica, responsible, among other things, for the emission of 5,200 tons of sulphates and nitrates in 2017. Second comes the Tuzla thermoelectric power plant.

The list includes graphs on the emission of particulates, greenhouse gases, and other pollutants.

The most relevant news, however, is what is not there. In fact, data made available to citizens are very scarce, the activists denounce. When present, they are often incomplete or inaccurate. The list is therefore incomplete: it was not possible to include, for example, the thermoelectric power plants of Gacko and Uglijevik, which are also estimated to be among the most polluting in Europe.

Although the law obliges plant operators to communicate data on their emissions, this happens with extreme difficulty. "The information is accessible only on official request. The competent authorities usually respond with great delay, when it is too late to allow citizens to influence the decision-making process", says Professor Samir Lemeš, of the Eco Forum association.

The most polluting plant in Bosnia and Herzegovina is the historic Zenica steel plant. At the time of Yugoslavia, when it employed over 20,000 people, it was the beating heart of the city on the Bosna river. The plant closed due to the war of the 1990s and remained abandoned until 2004, when steel giant Arcelor Mittal (owner, among other things, of the former Ilva of Taranto) took over the property. Four years later the blast furnaces resumed production. The hope of rebirth was written in the name of the project: Feniks, like the mythological bird that is reborn from its ashes. But after eleven years, only 2,000 workers (3,000 if we consider the outsourced workers) have returned to their jobs. Today, the only thing that recalls the mythical phoenix are the ashes.

Like PM10 particulates: 1,400 tons released in 2017. The sulfur dioxide threshold (125 micrograms per cubic metre), which the law recommends not be reached more than three times in a year, was exceeded 124 times in 2018. Still better than in 2012, when the threshold had been passed 192 times, and thousands of Zenica citizens had taken to the streets, but the situation remains disastrous. An acrid smell of smog perpetually impregnates the neighbourhoods near the furnaces, while the oxygen furnace spreads a brown smoke that, on windless days, stagnates undisturbed in the city. Ample evidence shows an increase in cases of cancer and respiratory diseases in the city of Zenica. Yet, the authorities have so far done little more than provide reports of a few pages that simply list the cases, making it very difficult to demonstrate a correlation with industrial pollution.

In recent years, legal actions have followed the demonstrations. The associations – in particular Eko Forum , which managed to involve the municipality of Zenica, recalcitrant in the beginning – contest delays and irregularities, in addition to the chronic reluctance to provide information.

In particular, the methods are contested for renewing the environmental permits of the steel plant, expired in 2014 and 2015 and renewed without difficulty by the ministry despite numerous faults – like the filters for the oxygen furnace, which was supposed to arrive six years ago and was in fact just installed. "It is something, but at least three more would be needed", says Professor Lemeš. Activists, after long negotiations, obtained stricter criteria for new permits. But in February 2019, due to a sort of legal short circuit, the cantonal court of Sarajevo, while acknowledging many reasons in support of the activists' theses, rejected the appeal.

Thus the status quo is maintained in Zenica, in a framework of formal regularity. Activists continue to negotiate, calling for greater transparency in the first place.

The report "Lifting the Smog" in Tuzla

In the same days as the Zenica conference, Bankwatch and other associations presented another independent report, "Lifting the Smog ", which turns the spotlight on Tuzla, home to the country's second most polluting plant.

The city in the east of the country, already the spark of the massive street protests of 2014 and with a long industrial and mining vocation, holds another, even more disturbing second place: that of mortality from air pollution (data from the World Health Organization ). The Tuzla thermoelectric power plant complex, which also includes an open-cast lignite mine and a landfill, was built between the 1960s and the 1970s.

The plague of pollution is known to the authorities. The solution they propose, however, appears paradoxical to activists: the construction of a new power plant: a more modern 450 MW coal plant that should help reduce impacts. Too bad that it would not be replacing the old one, as two of the old units would continue to operate. It is therefore difficult to talk about a real reduction.

According to the authors of the study, also in this case, what is lacking is real commitment on the part of the institutions, as shown by the reluctance to get and provide information. For example, even if the legislation of Bosnia and Herzegovina provides for the monitoring of particulates, in Tuzla there are official stations only for the thinnest particulate matter (PM2.5), and not for PM10.

"The institutions responsible for monitoring air quality and measures to improve it" – reads the document – "do not collect the data needed to understand and improve the situation".

The conclusions are similar to those reached by Professor Lemeš in Zenica: "It seems that the authorities, instead of admitting the problem and seeking an adequate solution, try to minimise the gravity of the situation. They still use social and economic problems as a pretext to continue with business as usual and to guarantee some jobs, while almost nothing is actually done to develop or attract sustainable investments".