New alarm for public TV in Bosnia and Herzegovina 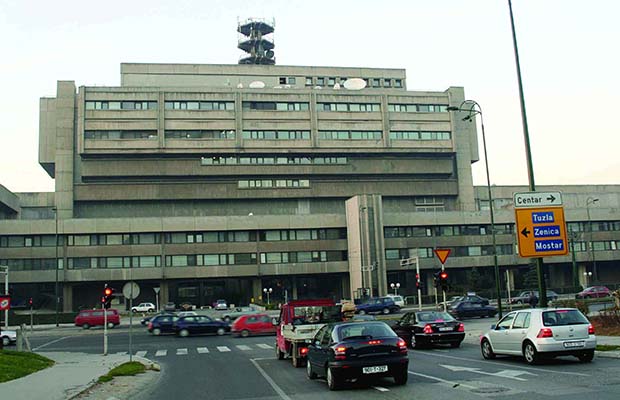 The situation of public radio-television in Bosnia and Herzegovina is deteriorating, while pressures increase for the creation of three ethnonational channels

After 15 years of existence, the Radio Television of Bosnia and Herzegovina (BHRT) is in critical condition, together with its unifying role in post-war society. Financial problems and political interests may soon bring to its shutting down.

Failure to solve the question of the payment of the fee for BHRT, as well as for the other two public networks at the entity level (FTV in the BiH Federation and RTRS in Republika Srpska) has led to the severe financial crisis of the three public networks. The payment of the TV subscription fee through Telekom, which has supported the service public in past years, has lost effectiveness since the era of mobile phones began.

The situation has gotten even more serious since June 30th, when the deadline expired for payment through Telekom. Despite many proposals modelled after other countries, an alternative system of fee collection has yet to be designed.

After the meeting on last November 21st , the BHRT board stated that the situation passed the sustainability threshold and "it is now a matter of days before the public service is totally unable to perform its function".

The problem of the fee

With BHRT faced with an 11-million marks debt gained against the European Broadcasting Union (EBU), the latter raised a last ditch appeal on December 15th . The possibility is that EBU may sue the Bosnian public broadcaster. As debts to suppliers increase, the revenues generated by the RTV fee in 2016 dropped by a fifth since last year, amounting to two million convertible marks (one million Euros).

The responsibility for the rise in the BHRT debt falls largely on the broadcasters of the two entities, that have failed to comply with their legal obligations to BHRT. The debt has now piled up to over 15 million KM.

"The BHRT is the victim, on the one hand, of the impossibility to reach an agreement inside the Parliament of Bosnia and Herzegovina, and on the other hand, of power relations within the public service in the country", emphasised the Board.

The legal framework for the functioning of the public service is very complex because, unlike other countries, BiH has three public broadcasters – the The Law on the Public Broadcasting System (voted by the BiH Parliament in 2005) applies to all three. At this stage, the absence of an effective fee collection system is jeopardising the survival of all three services, though BHRT is the most endangered.

Damir Smital, president of the Independent Trade Union of Workers of BHRT, comments the situation for OBC Transeuropa, pointing out that the responsibility for the current situation falls both on the Parliament and on the BHRT Board of Directors and management.

"We urgently ask for a management review of the three public broadcasters, to assess the situation objectively and punish those responsible for the millions of debt. At this point, it is of the utmost urgency to approve the amendment of the Law on the public system, according to the urgent procedure in the House of representatives of the BiH Parliament, in order to finally ensure stable funding and solve the dramatic situation in the public service", explains Smital.

Delaying a solution for the fee payment does nothing but push public TV to financial collapse. However, the financial crisis of BHRT is a consequence of different political interests and of the inability to reach political agreements on public service operation.

Strengthening BHRT as an independent and stable public service also means strengthening Bosnia and Herzegovina at the state level and its democratic processes, which is undesirable – even counterproductive – for the ethnocratic political system that governs the country.

Momčilo Novaković, President of the Parliamentary Commission for traffic and communications, stresses that, because of the different political interests, the future of public service is uncertain:

"The commission in charge of solving the problems of public service met 12 times in the last two years, but there has never been the political will to solve problems. I cannot predict what will happen to the public service because all the plans that made so far have failed. We thought we could extend the existing payment system through Telekom, but we did not succeed. I do not know what the solution might be with all the different political interests. The SNSD in Republika Srpska wants the RTRS to keep the tax money to itself, the opposition does not want to give any support to the RTRS because it has no access to this television. And then there are interests to create a Croatian television", explains Novaković.

The Croatian parties have long been in favour of a channel in Croatian language and want BHRT to be transformed so they can have their national television. This demand is justified by invoking the existence of RTRS for Republika Srpskaand claiming that the Federal Television does not match Croatian interests. Representatives of Croatian parties have submitted this idea to the Parliament, and some have even openly invited citizens not to pay the fee.

According to Hanka Vajzović, member of the Parliamentary committee for traffic and communications, a Croatian channel has no place in the public service system.

"From a purely communicative point of view, we have one language. In the system there is no place for a channel in the Croatian language, or we should have channels in the other languages too. I, as a Bosniak, do not need a separate channel in the Bosnian language".

Unlike Vajzović, Vladimir Marčeta, Serbian member of the BHRT Board, says that the Croatian channel is not an obstacle to the functioning of BHRT.

"We could create a centre in Mostar that broadcasts in Croatian language, but the problem is the equipment. The financial issue must be solved as soon as possible", says Marčeta.

Zvonimir Jukić, Executive Director of the RTVBiH programmes, in a text written for the magazine E-novinar, argues that these retrograde ways of thinking are only intended to jeopardise the financial and editorial independence of public services.

"Eventually, this would lead to their total submission to the political centres of power and enable further ethnic division through the segregation of national public media and thereby also of the public space, in the form of the educational segregation that has existed in this country for years. The same fate also awaits public services and new initiatives for their reform", points out Jukić.

Dividing the public service along ethnic lines is the main job of politicians, for various reasons. The existence of a public service implies democratisation and transparency, things that do not sit well with the political elite. The formation of three ethnonational channels would create excellent conditions for political manipulation, conclude the partition of territory and resources, and ensure the protection of the oligarchic powers of the three constituent peoples of Bosnia and Herzegovina.