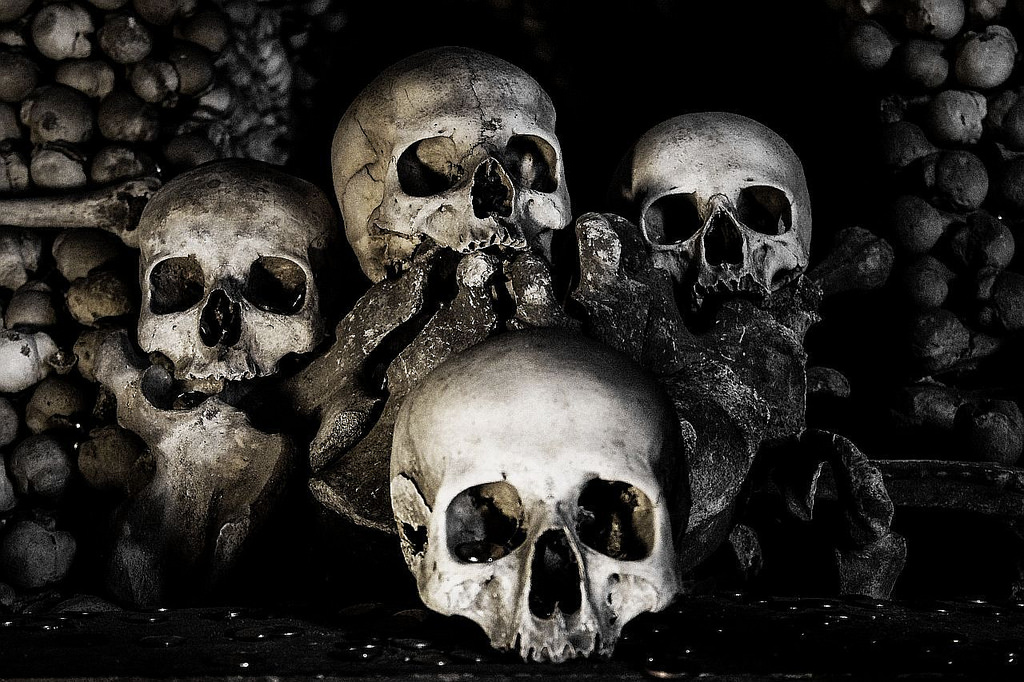 The Bosnians fought in the ranks of the Austrian-Hungarian Empire faithfully, on the various fronts of the First World War. Upon their return, however, soldiers were plagued by nightmares. The story of grandfather Alija

Long, spacious hallways, thick carpets that lessen the sound of footsteps, the antique furniture, the perfumed air. In the background, the sound of a waltz. The prevailing colours are royal blue and golden yellow. On the walls, proudly displayed in massive gilt frames, nineteenth-century portraits of moustached men or women with complicated hairstyles. There is an atmosphere of grandeur.

In the luxurious down-town hotel, the atmosphere of Imperial Vienna is much more palpable than in the buildings which have become museums, like the Hofburg and Schönbrunn.

The staff is all about helpfulness – even before I speak a word, several employees smile at me, the expression on their faces saying they are there to anticipate my needs, at my disposal, in a flow of "yes madam", "please madam", "certainly madam". I try to carry my suitcase, but "one with the smile" is faster – same with the elevator, the door.

Alone in the room, I look out the window to look at the city "under the feet", as any conqueror would. Quiet, tidy, clean, Vienna looks like a widow, a pensioner – docile, well-off.

I wonder what my grandfather would say if he could see me here. Grandfather Alija, a provincial Bosnian shopkeeper like many, would be astonished to see his granddaughter in the city of the emperor.

My maternal grandfather was born, lived, and died in Bosnia. He left his home only twice in his life: the first time, at eighteen, for compulsory military service; the second, to fight in the Great War as a soldier of the emperor.

But I think that the treatment I receive would amaze even more Franz Ferdinand, who considered the Slavs "racially inferior compared to the Germans, culturally superior".

What was more distant, one hundred years ago? Bosnia seen from Vienna, or vice versa?

From Vienna, then the capital of the Austrian-Hungarian Empire, Bosnia and Herzegovina appeared to be a remote land of darkness – a world to discover, conquer, and civilize. The East, exotic as much as wild.

This image of Bosnia and Bosnians was strengthened after the student revolt. The imperial police had committed the Bosnian military to quell the protests. Since then, the abbreviation BiH in Vienna took on a new meaning: B'schissene Hos'n (shitty crooks) and Blode Hund (dumb dogs).

And from the centre of the Balkans, a hundred years ago, Vienna was still farther to the Bosnians. The very idea of a world of such power, culture, and civilization was incomprehensible to them. It is not that they doubted its existence – the Habsburg power was felt strong from the beginning – but it was such a different, advanced, superior world that it seemed unreal.

In 1878, the Austrian-Hungarian Empire occupied Bosnia and Herzegovina thanks to the generous permission that the great powers of the time had granted at the Congress of Berlin.

The Bosnians objected strongly to their new predicament – they would rather not change their master, after almost five centuries of subjugation to the Ottomans. But the Austrian-Hungarian army, led by General Von Philippovich, conquered BiH in less than three weeks. Sarajevo was captured on August 19th, after a battle that lasted 8 hours, and several buildings in the city were burned.

Not so long after the ferocious and bloody opposition to the new occupant, Bosnians adapted to the new circumstances. As they soon discovered, the Austrian-Hungarian occupation also had its positive sides. In short, Bosnians became the most faithful, indomitable support of the administration and of the sovereignty of the Austrian-Hungarian monarchy.

For Catholic Bosnians, the monarchy was a guarantee for their existence and emancipation. For Bosnian Muslims, the Empire was an effective weapon against possible abuses by reborn Serbia and strengthened Montenegro. Orthodox Bosnians, finally, were happy because, under the Monarchy, their interests were better protected by the guarantee of equality before the law, guaranteed by the well administered rule of law.

Common people adapted to the well-organised Austrian imperialism. As the saying still went decades after the demise of the monarchy, "Ode Švabo, ode Babo" (Bye to the German, bye to Dad) – that is, when the Austrian-Hungarians left Bosnia, Bosnians were left fatherless.

Many, like my grandfather Alija, were satisfied with life as Habsburg subjects, and thus hoped to live in peace, until the end of their days.

But "the great powers", those who decide on the life and death of ordinary people, had dreams and plans quite different from "dying in bed", that is at peace. The great powers of 1914 were organizing for war, and each hoped to expand and enrich themselves, to solve some problems. They calculated that they could achieve more with conflict than with peace. They were interested in the colonies, the new division of the lands, and the occupied peoples.

At that time in Europe there were also many subversive organizations and groups, anarchist or nationalist, who fought for the emancipation from foreign domination. Ideas flourished for national unity, the desire for freedom was propagated and reinforced. They believed that it would just take a big act, like to kill an important character, after which all would be well, and the world would start to function well.

The existence of a similar group in Bosnia was neither an anachronism nor an exclusive characteristic of the Balkans. The ideas of liberty and national unity charmed a group of young Bosnians, Serbs, Croats, and Muslims, united in an organization called "Mlada Bosna" (Young Bosnia).

At the turn of the nineteenth and twentieth century, attacks against representatives of governments, aristocrats, and "crowned heads" were quite frequent. During this period, king Alexander I Obrenović was killed in Serbia, Umberto I in Italy, King Carlos I and Crown Prince Louis-Philippe in Portugal, Tsar Alexander II in Russia. Emperor Franz Joseph emerged unscathed from three attempts at assassination, Queen Victoria survived seven bouts, King Louis-Philippe of France was in danger of being murdered eighteen times. Franz Ferdinand himself, before being killed in Sarajevo, had survived a couple of attacks.

"Crazy militarism". Thus in May 1914 Colonel House, an adviser to President Woodrow Wilson, summed up the prevailing mood in Europe.

Of course, common people, like grandfather Aljia, were unaware of the war plans and neither knew about nor shared the nationalist ideas that warmed the heads and hearts of young Bosnians. Grandfather Alija, like the father of Nedeljko Čabrinović, one of the attackers, belonged to the majority, the common people who do not count for anything in the states' great projects. Čabrinović father had exposed the Austrian-Hungarian flag on their house, in honour of Franz Ferdinand. For this he had quarrelled with his son, who was going to Sarajevo to kill the Archduke.

Grandfather Alija married young, at twenty. To hide his beautiful wife from the looks of others, he had put a wooden lattice on windows, as they used to do at the time. So, his wife could peek without being seeing from the outside.

All unnecessary precautions. Grandfather soon had to leave his wife free to "fend for herself in life", his house, his birthplace, and Bosnia. As an imperial soldier, he was sent to the eastern front. He was wounded in battle near the Hungarian town of Pecuh. He came home with a hole in his leg, a medal on his chest, and a lot of nightmares that tormented him until the end of life.

Only thirty-six years after the annexation of Bosnia and Herzegovina to the monarchy, two hundred thousand Bosnians (Serbs, Croats, Muslims, and others), against a population of two million people, fought on all fronts of the First World War, from the Tyrol to Syria, divided into the four regiments of the Austrian-Hungarian Empire. They left for war not motivated by patriotism, but by a sense of duty. They distinguished themselves by their characteristic toughness and sobriety, provided superhuman performance. "Ridiculous in their proud loyalty to those who were not their friends", wrote Meša Selimović in his book The dervish and death.

In 1914, only few had an idea of the cataclysm that was preparing. The general belief was that the conflict would be limited and of short duration. Admirals thought that the war at sea would be a replica of the great naval battles of the past, generals believed that the fighting on the mainland would have been as the clashes of the nineteenth century, with a beginning, the rapid penetration of the troops transported by rail, the decisive attack, the total defeat of opponents in a short time, then the conclusion and, after a few weeks or months at most, the final peace.

They were not taking into account what they had invented, built, and prepared: tanks and poison gas; the first bombing from above, from a German plane; the "White War" in the Alps, the most ruthless of all fronts, after Italy entered the war; the massacres of the Turks on the Armenians and the Arab uprisings; the Battle of the Somme and Verdun; the German submarines that would cause the first American casualties; the African and Asian fronts; revolutions; and the humiliation of many warring factions.

The Great War, so called because it was believed that it would solve all the problems and after that, in Europe, there would be no other armed conflict, mobilized sixty-five million soldiers. Eight million and a half fell in battle, over twenty-one million were wounded, 7.8 million were taken prisoner or went missing. There were over five million civilian casualties in Europe.

For soldiers in trenches, warfare was, as one of them wrote in a letter sent home, "months of boredom punctuated by moments of extreme terror".

The First World War was a struggle between empires and stemmed a new division of the world. The victors split up the German colonies among themselves. Four empires disappeared and new states were created based on the principle of national determination (on the proposal of U.S. President Woodrow Wilson).

The idea of ethnically homogeneous nation-states was fatal. After the First World War, it was used to justify nationalist hatred, oppression, extermination, and killing of minorities throughout Europe, with untold suffering and millions of deaths, until the ethnic cleansing of our day.