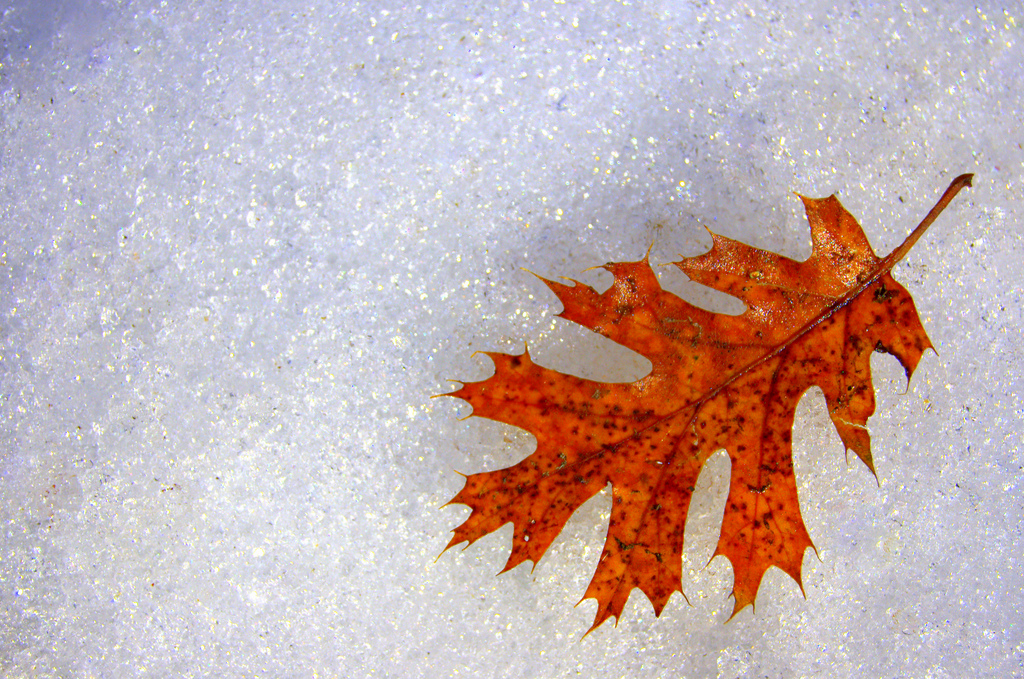 The International Criminal Tribunal for the former Yugoslavia (ICTY) has always been a highly contested institution, prone to spark controversies and protests primarily but not only among the nationalist groups of the countries whose last war veteran had been found guilty at the Hague.

But this time is different. The protesters are not the nationalist crowds taking to the streets wrapped in their national flags, but those human rights groups that had always wholeheartedly supported the ICTY. They are flanked by many intellectuals, both from the region and abroad, who have been following the steps of the Tribunal since its very establishment. Though they are not all in the same degree critical of the late work of the Tribunal, they all agree that the Gotovina/Markač, Perisić and Simatović/Stanišić judgments, issued between November 2012 and June 2013, constitute a sort of watershed in the history of the Hague Tribunal.

However, in all of the three cases, Serbia’s and Croatia’s involvement was denied – and not so much on the basis of lack of proof. The decisions were rather based on an interpretation of certain legal principles and standards for the attribution of responsibility that, according to some experts (e.g. Marko Milanović and Eric Gordy ), diverges from the prior jurisprudence of the Tribunal. Such alleged change in the work of the ICTY, still denied by other experts, (Marko Attila Hoare and Bogdan Ivanisević ), coupled with the presence of President Meron in the Appeals Chamber of the first two cases (he voted both times for the acquittal of the accused) provided a basis to the first doubts about the Tribunal’s impartiality. The subsequent publication of a personal letter of an ICTY judge, Frederik Harhoff, claiming that Meron had exerted pressure on the judges for acquitting the accused in all of the three cases, only further fueled the suspicions.

Finally, in late September, the international panel judging the crimes of former Liberian president Charles Taylor explicitly rejected the legal position of the ICTY in the Perišić case on aiding and abetting, thereby corroborating the widespread opinion that the standards lately adopted by the ICTY may be too strict.

While Judge Theodor Meron was speaking on November 27 at an event in Sarajevo to mark the 20th anniversary of the establishment of the ICTY, representatives of victims’ associations turned their back on him. Another group held up a sign with the words “R.I.P. Justice” before walking out of the hall (IWPR)

We have asked Dzenana Karup Druško, journalist for Sarajevo’s weekly magazine “Dani”, to give us her point of view of an expert who has followed the work of the Tribunal since its very establishment, as well as to comment on the reaction of the activists in Bosnia Herzegovina and in the region.

Do you think that there has been a conscious change in the way the Tribunal is making its decisions?

Most of the people that follow the work of the International Tribunal, those who have been following it constantly for a long time, all agree about one thing: this sudden change in the decision-making is attributable to fear. Fear that the standards [to attribute responsibility] established at the Hague could potentially be applied by other International Ttribunals to other countries. Some powerful countries that have concerns thousands kilometers away from their borders have a precise interest that these standards are not sanctioned by the ICTY.

Why now and not before?

It is unquestionable that the tribunal issued some excellent judgments in the past. I follow the ICTY since its establishment – it is such an important institution for Bosnia Herzegovina. If it wasn’t for the ICTY, no other Tribunal would have issued such judgments and collected such extensive documentation, so it is an institution of incredible value for us.

However, there are two problems. The first is that the Tribunal was established rather to clean the conscience of the international community for not having intervened effectively during the conflict. Hence, the architects of the Tribunal never thought it would go so far. It is thanks to the judges and prosecutors that were working for the ICTY in those first years that we have such excellent judgments.

The second problem is that in the Gotovina, Perisić and Simatović/Stanišić cases there is a new international dimension. These are judgments that could have shown the international character of the conflict in Bosnia Herzegovina and proven the responsibility of the politicians and the high officials of other countries [Serbia and Croatia]. So far, the majority of the decisions of the ICTY were about local criminals, who acted within the borders of Bosnia Herzegovina and on behalf of local forces. When there was an opportunity to go a step further, with the decision of the International Court of Justice in the case Bosnia v. Serbia [in 2007], this simply did not happen. The international community could have recognized that Serbia bore responsibility for the conflict in BiH, but the international powers were not ready for that. Although they recognized that genocide was committed in Srebrenica, they proclaimed the army of the Republika Srpska as the main responsible for what happened, while Serbia was only considered responsible for not having duly prevented and punished the genocide. Similarly, Gotovina and Perisić, a Croatian and a Serbian official, were not considered responsible for the crimes committed in Bosnia Herzegovina and Croatia. And this brought it all to a halt.

And then the decision in the case of Stanišić and Simatović came out, and you decided to react…

Yes, what happened with the Stanišić and Simatović case just confirmed what was decided in the cases of Gotovina and Perišić. And it was interesting to see so many reactions from media and intellectuals abroad. I mean, they had never criticized the Tribunal before, for instance Eric Gordy on the New York Times. And then the letter by Harhoff came out, confirming our thesis. So we had three judgments and the letter, it became very clear to us what was going on, and we started thinking about what we could do. In fact, it was symptomatic for us that nobody from the ICTY had reacted to the publication of judge Harhoff’s letter, accusing Meron to put pressure on the judges. My informants from the ICTY say that people at the ICTY were told not to react in any way to Harhoff’s letter, and that Harhoff himself had been under pressure following the publication of his letter.

So what did you do?

We decided to go ahead and write a letter to the UN about the ICTY . At first it was just us from Novinari BiH [Journalists of Bosnia and Herzegovina] and the Center for Humanitarian Law in Belgrade. Then the Center for Humanitarian Law in Kosovo, the Youth Initiative for Human Rights from Zagreb and from Belgrade also joined, and together we wrote a letter and a petition, and sent them around to our contacts from the region. And I was surprised how fast it worked out, how readily people were replying to our emails, even people who do not normally follow the Tribunal, and some people from which I would have never expected a positive answer on this matter. But in 48 hours we collected about 300 signatures, and 100 only in the first couple hours: we had journalists, professors, doctors, and many others…

What did the letter say?

We asked Ban Ki-moon that some kind of investigation is carried out about the role of Meron, based on the allegations that Harhoff expressed in his letter, since nobody ever reacted to what happened.

Some experts of the region (Marco Attila Hoare and Bogdan Ivanišević) have argued that, even if one has the right to ultimately disagree with the tribunal, protesting against it because of the acquittal of a few officials equals failing to understand the moot character of courts decisions. They claim the Tribunal has the ultimate right to decide according to the law and the evidence it possesses. And that the fact that the Tribunal decides in different ways in different cases maintains a “genuine pluralism”, as Marco Attila Hoare has called it, and bears witness to its impartiality…

All those who always supported the Tribunal now are protesting against it, yes. And? First of all we are not protesting against the Tribunal, but only against three precise judgments and a very concrete person. And why should we not have the right to comment on the judgments? I think we do have the right to comment, like anybody else. It is easy to defend the Tribunal merely on the basis that it is a Tribunal and hence only it can decide, and that it may take different stances in different cases. Also, the problem is not that it took different stances, but that in the last few judgments its stances were the same. Before, we had lower standards of responsibility and then we had judgments that established important facts: the aggression by Serbia, by Croatia, several joint criminal enterprises, we had judgments that found that genocide was committed. But now, for the first time, we have high officials on trial, who should respond for all of that. And it would be fine if there was just one judgment rejecting their responsibility, or maybe even two, Simatović and Perišić, or Gotovina and Perišić, but all of these judgments together, denying responsibility, and right when the international nature of the conflict in Bosnia Herzegovina could have been confirmed.

Still, these latter decisions of the ICTY very clearly state that these crimes were committed and that these countries (Croatia and Serbia) were involved in them. Only, they couldn’t prove that these specific people were responsible…

You know, when the last of these decisions came out [ Stanišić and Simatović], Dino Mustafić, one of the best known Bosnian film directors, calls me and says, “well, nothing has been proven”, and I reply “everything has been proven: the Tribunal found that all these crimes were actually perpetrated – but nobody is responsible for that”, so he asks me to explain and I say “well, the Scorpions and the other paramilitary units were armed and paid by Serbia, they did get logistical help from there, and they did kill, they did commit war crimes, but nobody is responsible for that.” And Dino replies “my human brain cannot get what you are talking about…”

So yes, of course these judgments do talk about the crimes committed and do not deny them, but the responsibilities of these countries are not sanctioned thereby. In the end, only history will be able to question or confirm what the Tribunal has done so far, but it might be too late. I mean, Bosnia has these problems now, what will happen with this war, all the armies and paramilitaries that have been on Bosnian territory? There is a lack of serious research about it in our countries, and when there is something, it is often tainted with nationalistic views.

Yes, what the Tribunal says is so important for us because currently only the Tribunal enjoys the authority to write the history of what happened in Bosnia Herzegovina, and that’s about it. And this is something that the judges do not understand, not even the good ones. They think that it is enough to deliver the judgments, but they do not think about the broader context – that these judgments can be used by our politicians for their own purposes. I actually asked Brammertz [current Prosecutor of the ICTY]: isn’t it strange that victims are unhappy with these judgments, whereas politicians are satisfied with them?