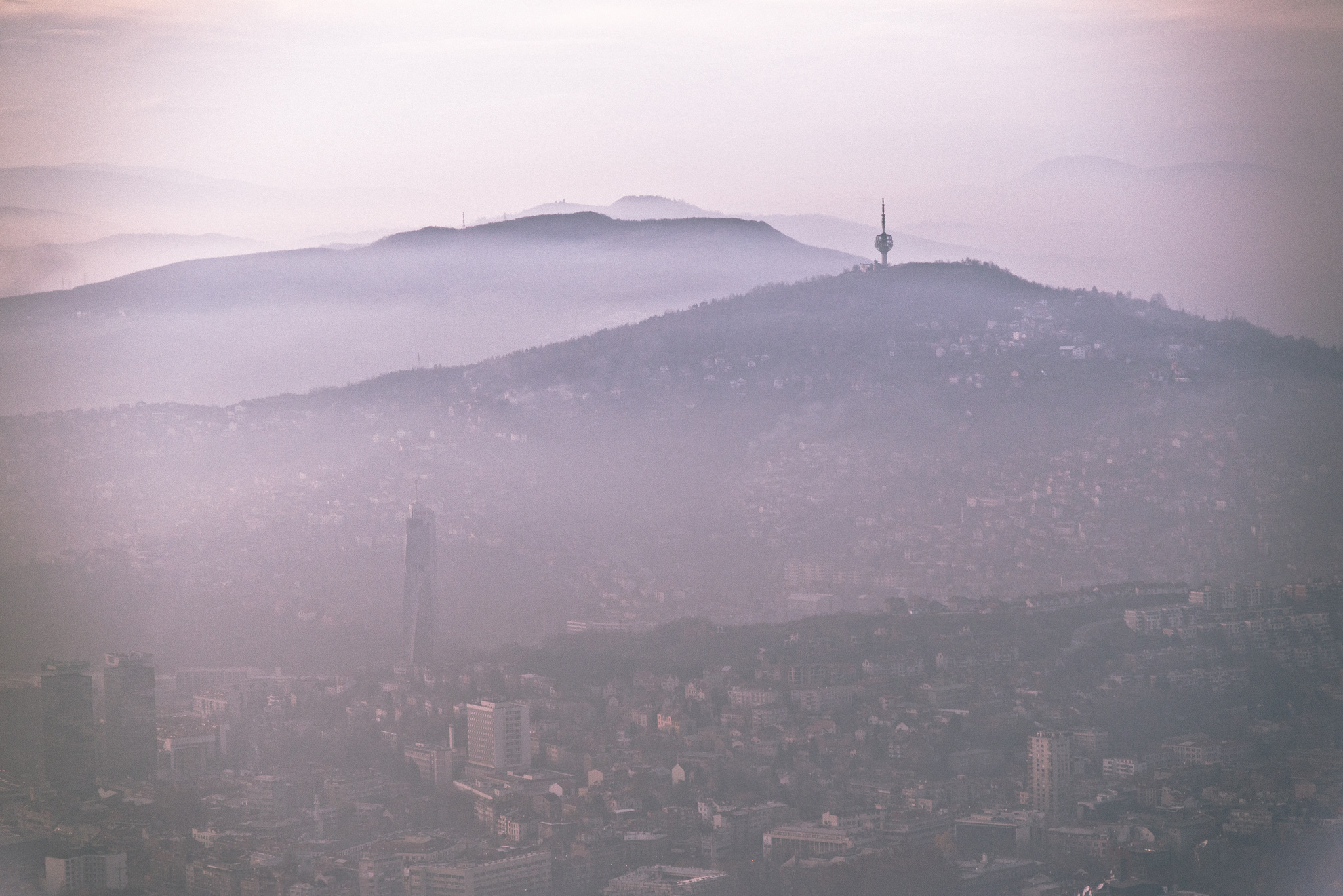 Bosnia Herzegovina and the challenges ahead, twenty years after the signing of the the Dayton Peace Agreement. Interview with the Italian Ambassador in Sarajevo, Ruggero Corrias

This interview, as part of our dossier "Twenty years from Dayton ", was taken before the dramatic Paris events of Friday night

It's been 20 years. Is there reason to celebrate or should there be concern about not being able to go beyond Dayton?

It’s been twenty years of peace, I would like to remember them first of all that way. I would also like that this anniversary be an opportunity to think about the next twenty years. For us this means something very specific, which we are working for, that is the European perspective for this country and the entire region.

The Strasbourg Court, however, ruled that the Dayton Constitution is not in line with the European Convention on Human Rights. What to do?

Ruggero Corrias is the Italian Ambassador in Sarajevo since 2013

The European Court’s ruling must be implemented. But there is also a matter of priorities. In February 2014 we witnessed social unrest, also resulting in some violence. The country is coming out of seven years of economic crisis. The first goal, I think, is that of encouraging reforms to help recovery. An improvement in the economic and social conditions could help achieving the changes needed in some of the country's institutions in a less traumatic way.

Has peace been reached once and for all, or are there risks of a new conflict?

Peace, and stability, should never be considered as a given gift. We must always keep in mind the examples of the past, and of history.

But I see objective differences compared to the '90s. Some of the actors of those wars are now members of the European Union. Others are working hard to achieve membership. True, we continue to witness the occurrence of nationalistic rhetoric, functional to hide or divert people's attention from the real problems. This can indeed be understood as a legacy of Dayton. That Constitution, based on the three constituent peoples, with blocking mechanisms based on ethnicity, somehow encourages politicians to use that rhetoric to gain and maintain consensus.

I do not think, however, that we are facing real risks of renewed hostilities. There are other, greater challenges surrounding this part of ​​the world, the Mediterranean, and which could become systemic. One is the refugee crisis, the other one is Isis, of course, yet another is that of Libya, and lastly there are the effects of the crisis in the Ukraine.

How did the Ukrainian crisis affect the attitude of the international community engaged in peacekeeping in Bosnia and Herzegovina (BiH)?

The Ukrainian crisis has modified the scenario of security in Europe, and we felt it even here. Before, there was a natural acceptance by Russia of the European and Euro-Atlantic perspective for BiH. After the Ukrainian crisis, there has been some cooling off.

That translates into blocks, obstacles?

The Balkans are historically part of Russia's sphere of interest, there are well-established ties.

So the Balkans could be seen as an element of a broader confrontation between Russia and the West?

It could be, but we must remember that we cannot think of a Europe without Russia, or of a Russia without Europe. Geography cannot be changed. So eventually, when crises threaten everyone’s interests, there are mechanisms to help resolving disputes within the respective differences. It happened for Iran, I think it will happen here and that the European perspective of the Balkans, after all, will be accepted by Russia.

Milorad Dodik’s SNSD recently proposed a referendum on the country's justice system, and on the Office of the High Representative, which some consider to be extremely dangerous for the country's stability. What is Italy’s position?

We are concerned about a referendum which questions the Constitution of Bosnia and Herzegovina, of course. Together with our European partners, however, we tend to read the crisis in light of domestic political discourse. The SNSD government in Republika Srpska (RS) has lasted long years. As in many other contexts, this can lead to wearing situations.

The recent years have seen particularly negative economic and social results in RS, and the re-emerging of a strong opposition to the SNSD. We could be facing a showdown between the two fields. In these cases, political nationalistic rhetoric prevails, to try to keep the consensus and to divert attention from economic and social problems, and from other matters that could become subject to judicial investigations.

So not a direct attack to the international institutions, or to the Dayton system as such, but more an element of internal dialectics?

Our reading of it is this. I also recall that the referendum has not yet been published in the Official Gazette of the RS, and that there are a number of remedies, provided by the system, which are being carried out. We will evaluate the situation, but we try to interpret it in light of what I said, that is, as part of a bitter dialectic in a particular context of the relations between SNSD and the opposition.

A year has passed since the launch of the Anglo-German initiative, adopted by the EU, to overcome the deadlock between Brussels and Sarajevo. What assessment can be drawn?

If we think in terms of immediate results we would be dreaming, especially when the new European Commission has stated that for the next five years there will be no enlargements. But it is clear that we are in the presence of a movement, of positive developments. After last year's elections, all the country leaders and the Parliament approved the declaration in favour of Europe, requested by the European Council in December. A common agenda for reform has been adopted, before the summer break, and some reforms have already passed, like the labour market reform in the Federation. The European agenda is back in the spotlight.

The hypothesis of presenting the EU candidacy by the end of the year is credible?

It seems to me that the Presidency is focusing a lot on this. We are encouraging this path, reminding its conditions. First, a credible implementation of the reforms agenda. Something has begun to move within the Federation, it must happen also in the RS. The other issue is the coordination mechanism. Finally, there is the issue of adapting trade mechanisms with Croatia, in light of Zagreb’s entry into the Union.

Your mandate has so far been marked by the strong emphasis on cultural diplomacy, on enabling and strengthening cultural relations between Italy and Bosnia and Herzegovina. Why?

I believe that States, as well as private companies, should focus on their natural competitive advantages, to achieve the best results. The competitive advantages of Italy are both in the cultural sphere and in the economy. In these two years we have become  Bosnia and Herzegovina’s second-largest trading partner, we have almost reached one and a half billion euros of interchange, a significant achievement for a country of 3.8 million people. It is a figure that represents about 10% of the gross domestic product of Bosnia and Herzegovina.

As for culture, this is what Minister Gentiloni is encouraging us to do, and we do with great pleasure, because the results are evident. Last year, the day after what happened in Srebrenica, on July 11, the attack on the Serbian PM, the Italian Minister for Foreign Affairs and the three Presidents, Serbian, Croatian and Muslim, were in the front row at the National Theatre watching the La Scala Philharmonic Orchestra. These events go beyond the message of a concert, they promote contacts, and dialogue. It is the expression of a soft power helping relations at all levels. In a few days, on the occasion of the twentieth anniversary of the Dayton Peace Agreement, we will bring the Farnesina Collection to Sarajevo, the largest collection of contemporary art in Italy, and the Verdi Orchestra from Trieste. Minister Franceschini will inaugurate the collection. It will be another moment marking an important step in the country's history with events of great cultural significance. These events, by their very nature, are able to unite, and to foster dialogue.