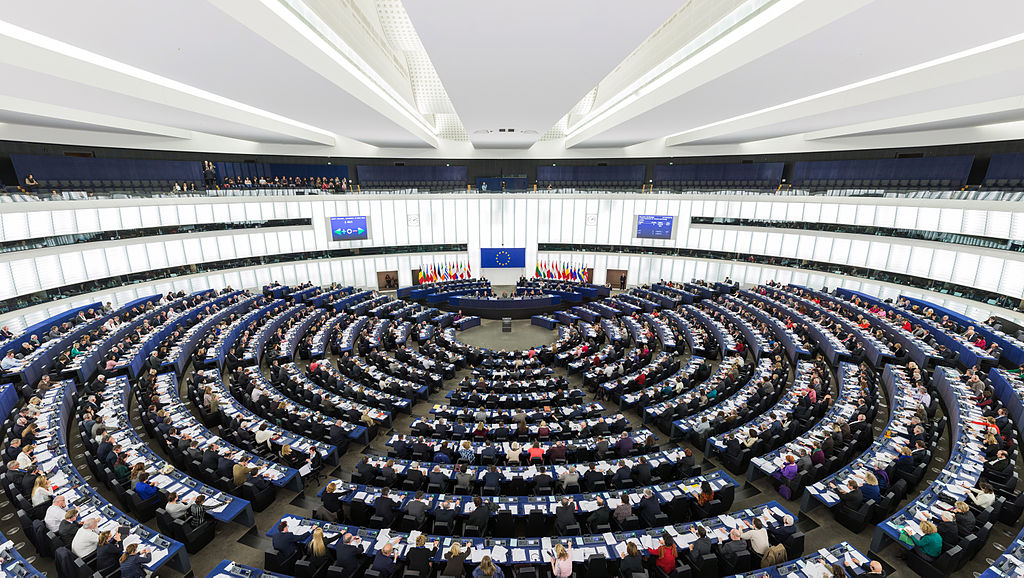 Tensions between Zagreb and Sarajevo over potential further decentralization of Bosnia Herzegovina, following the positions exposed in a resolution recently adopted by the European parliament

The European parliament's approval on February 15th of a resolution on the “progress report” on Bosnia-Herzegovina published last November has brought with it a demonstration of the political and national divisions within the European parliament on the EU enlargement, and more importantly, an outbreak of political tensions in the post-Yugoslav area.

The report is issued annually by the European Commission and it analyses the political and economic situation of the country, as well as the progress made towards fulfilling the requirements for EU integration. For the last few years, the resolutions of the European parliament on Bosnia-Herzegovina have been little more than procedural. This year, however, it has generated various polemics at EU level and between Zagreb and Sarajevo.

The heart of the controversy resides in the words “federalism and decentralisation”. These are the principles that the resolution announced, in article 4, as necessary for rendering the Bosnian state effective and functional. This formula was inserted at the insistence of Croatian MEPs, in particular those of the HDZ, the centre-right party in power in Zagreb and member of the European People's Party (EPP), which holds a majority in Strasbourg.

The progress report is an annual document on the political and economic situation and status of each candidate country's advances towards EU accession. The report is published by the European commission, usually (until 2016) around October or November, and then brought up for discussion in the Parliament. In the early months of each year, the Parliament elaborates and adopts a resolution, non-binding and deprived of any practical effect. The Parliament, in fact, has very limited powers when it comes to foreign affairs, having a merely consultative role. Nevertheless the position of the Parliament can exert a certain influence on the process of integration, besides revealing the direction of European political groupings with respect to enlargement, and their rapports with political powers in the countries concerned.

In Bosnia-Herzegovina, a state already de facto federal and sufficiently decentralised, the interpretation of these principles has proved controversial. According to some analysts, this formula would open the way to further ethnic fragmentation in administration, education and the electoral process (“from federalisation to feudalisation”, Mladen Bosnjak has argued on Radio Free Europe).

It could even lay the foundation for the so-called “third entity”, an administrative region of Croat majority which would exist alongside the two existing regions (the Federation of BiH, from which the third entity would effectively secede, and the Republika Srpska). The third entity has been evoked for years, though not all that clearly or explicitly, by the Bosnian branch of the HDZ (HDZ BiH). The HDZ BiH denounces the purported institutional under-representation of Croats and demands a revision of the electoral system so as to reinforce ethnic homogeneity, with particular regard to the Croat member of Bosnia's collective presidency.

The Croatian MEPs' activism is nothing new: Strasbourg's resolutions of 2015 and 2016 already contained references to “federalism and decentralisation”. Nevertheless it is now expressed with particular insistence and, according to some observers, this corresponds to the more aggressive stance Zagreb has maintained in its recent dealings with Sarajevo.

Beyond interventions in EU-Bosnia relations, Zagreb's hardening attitude can also be seen in the diplomatic tensions that arose between the two countries in November 2016, with the arrest of ten Croat-Bosnian officials on war crimes counts. This situation may appear somewhat paradoxical, if we remember that just a month beforehand, in October 2016, a new and apparently more moderate HDZ government took power. The first conciliating declarations of the new prime minister, Andrej Plenković, indicated that bringing Sarajevo closer to the EU was “the main priority of the Croatian government”, but any hopes generated by this claim have remained unmet.

Political and national fractures emerged in the plenary debate at Strasbourg. HDZ MEP Dubravka Suica placed an emphasis on “the rights of the Croatian people, their right to a language, to a TV channel, and to the rights accorded to them by the Dayton agreement and existing laws”, while also calling for electoral reform. More emphatic still was her colleague Marijana Petir, according to whom “the fundamental rights, civic and human, of Croats [in Bosnia] are violated daily. They are a constituent people only on paper”.

But the HDZ doesn't seem to have succeeded in convincing the whole EPP, as the polemical intervention of the Slovenian EPP MEP Eduard Kukan, aimed at his Croatian colleagues and their “growing interest” in decentralisation, attests: “I would like to know what ‘federalism’ means exactly. Sorry, but it seems to me like the creation of a new entity in a system that is already too complicated”.

A final compromise text, potentially contradictory in some parts, was eventually issued. It aims for the representation of both “citizens” and “constituent peoples” (therefore joining criteria of civic and ethnic representation); it maintains the principles of federalism and decentralisation but laments excessive administrative fragmentation; it hopes for stability and changes that will not be divisive, but also calls - as per the HDZ's request - for electoral reform; and it openly attacks the “segregationist” policy of “two schools under one roof”, but also affirms the right to education “in all the official languages of Bosnia-Herzegovina”, which would in fact preserve the current scholastic differentiation.

The final resolution , drawn up by the Romanian EPP Cristian Dan Preda, was passed with 496 votes in favour, 132 against, and 67 abstentions. Support came from the largest groups in the parliament (EPP, social-democrat, liberal), while the left-wing group (GUE) abstained. Both the Greens and Marine Le Pen's ENF voted against the resolution, though for entirely different reasons. The Greens want a reinforcement of the civic elements instead of the divisive ethnic elements, as Paolo Bergamaschi, the senior adviser for the group, explained to OBC Transeuropa. “The concept of federalism has been used inappropriately in order to give a stronger push in favour of the third entity”, claimed Bergamaschi.

The far right, on the other hand, lamented the EU's “politics of unification” which threatens national differences. It is worth noting that the Front National MEPs Edouard Ferrand and Dominique Bilde openly intervened in favour of the Republika Srpska, claiming that “Bosnia's problem is radical Islam developing within the Muslim community”, and, in a crescendo of historical implausibility, that “the original mistake was the creation of a Muslim region in 1974 by Tito”. This is further evidence of the synergy between the Front National and the Bosnian Serb nationalists led by Milorad Dodik.

The reaction in Bosnia-Herzegovina

In Bosnia-Herzegovina, the resolution has provoked critical reactions among the parties that traditionally oppose any further decentralisation, namely the Muslim nationalist parties and also the civic, non-nationalist parties. Among the former, the SDA has dedicated itself to intensive counter-lobbying. Before the vote on the resolution, the SDA's president Bakir Izetbegović flew to Strasbourg to meet with the representatives of the EPP (of which the SDA is an observing member), asking that they distance themselves from the HDZ position.

More vehement were the reactions of the civic parties. The Civic Alliance (GS) attacked the progressive Croatian MEPs for aligning themselves, to nobody's surprise, with the right. “You are closer to the HDZ, who promote a neo-ustaša politics, than to the other European social-democrats. You have reduced your duty in the European parliament to the realisation of the objectives of (late Croatian nationalist leader) Franjo Tuđman. How social-democratic!” — this is the fiery tweet that the leader of the GS, Reuf Bajrović, directed at Croatian socialist MEP Tonino Picula. The Bosnian social-democrats (SDPBiH), on the other hand, brought the discussion to the parliament of the Federation of Bosnia and Herzegovina. The SDP have explicitly requested a condemnation of federalisation and the consequent “separatist tendencies”, waging a strong war of words with the Bosnian section of the HDZ.

The most worrying element in all this is within the framework of regional relationships. Relations between Zagreb and Sarajevo are intensifying, not only on the institutional level, but also on that of political power, press organisations, and respective public opinion. Against a post-Yugoslav backdrop already marked by other significant bilateral crises, it is worth keeping track of the situation.