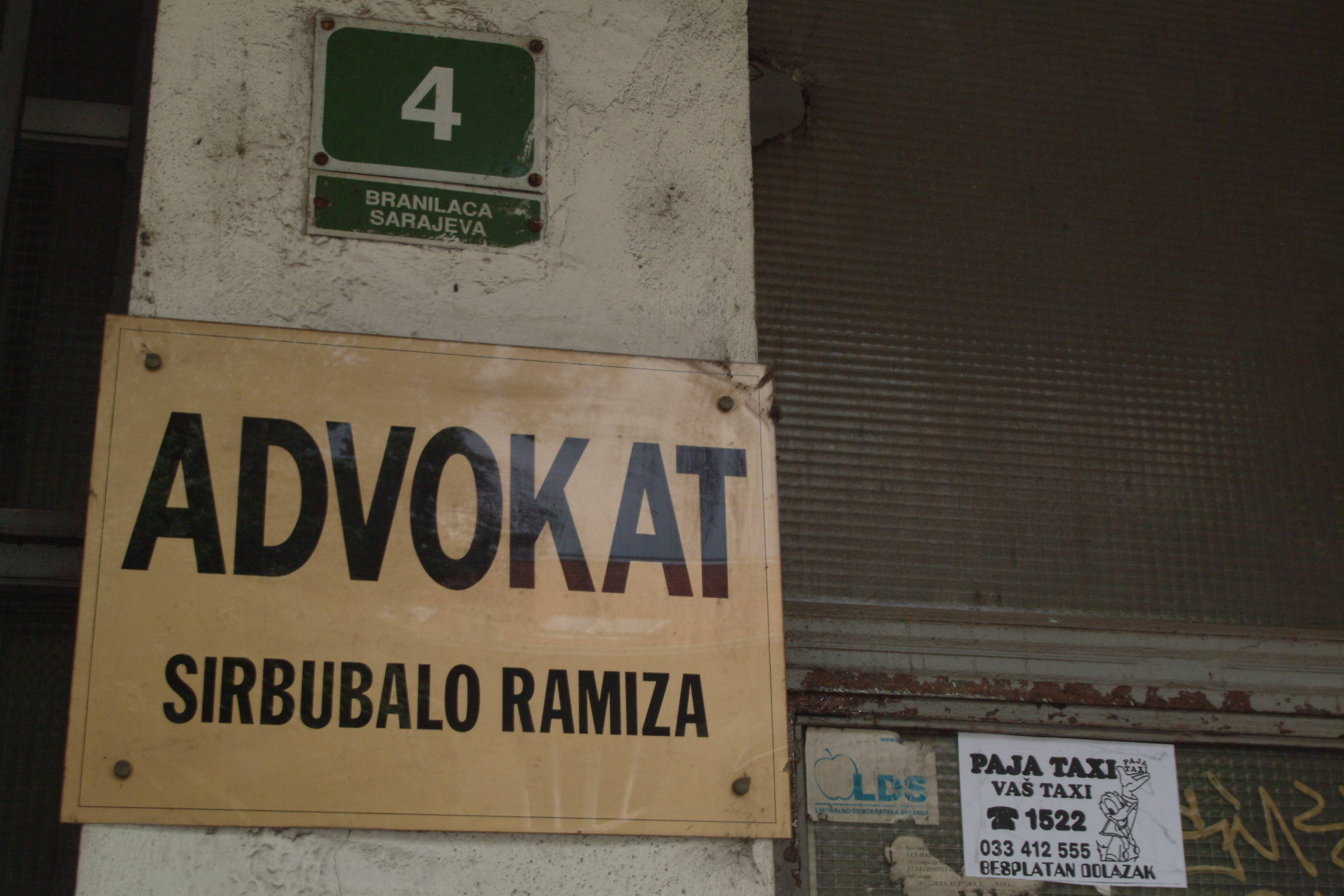 Many international investigations on corruption in Bosnia and Herzegovina have not produced results. Reasons for this include poorly evidenced allegations and limited knowledge of local law. The Bosnian experience was then transferred to Kosovo. Our study

Leaving the Court of Bosnia and Herzegovina as a free man, president of HDZ BiH (Croat democratic union of BiH) Dragan Čović addressed journalists. “I regret spending so much time in there”, he said, pointing at the building where he was tried twice for misuse of office and abuse of power.

Flashback to April 2010. Čović, former Minister of the Economy of the BiH Federation and former member of the country's tripartite presidency, was on trial, together with former Federation premier Edhem Bičakčić, for misuse of office and the embezzlement of 7,8 million KM (about 4 million Euros). The two were accused of using the sum to purchase and renovate houses for 64 officials without government approval. According to the allegations, the sum had not been allocated through formal tender processes and the government never justified the expenditure. Judge Esad Fejzagić acquitted Čović and Bičakčić, stating that the prosecution did not present adequate evidence. According to Fejzagić, in the four years of the investigation, the prosecution did not identify 12 people who received parts of the sum despite having their addresses. Furthermore, the judge criticised the prosecution for not calling any of these witnesses to testify.

The acquittal did not surprise journalist Renata Radić of Sarajevo's Investigative Journalism Centre . Over the years she has spent covering similar cases, she has found a consistent trend. “Allegations are made in haste with little evidence and are regularly dropped,” Radić said. “This actually harmed the fight against corruption because those who spent time in prison then sue the State”.

Over the last six years, many high-level politicians have been tried by the Court of BiH. None of them have served time in prison and most of them are still very politically active. The allegations against all of them were raised by the International Pool of Prosecutors working within the Department for Organised Crime of the BiH Prosecutor. Dragan Čović first appeared before the Tribunal in 2005 where he was accused of abuse of power. He was also charged with criminal association with the four Lijanović brothers, owners of a major meat production company, as well as with Constitutional Court judge Mate Tadić, and Zdravko Lučić, a law professor at the University of Sarajevo. Canadian Jonathan Ratel represented the prosecution. The Court acquitted the Lijanović brothers, Mate Tadić, and Zdravko Lučić while Čović was sentenced to five years of imprisonment. Following Čović's appeal, however, the Court was stripped of the competence, that lied with the Canton (Sarajevo). As of today, the new trial has not started.

In the same year, several more high-profile figures were accused of abuse of power, including Vice Minister of Defence Hasan Čengić. Like in the Čović case, there was a foreign prosecutor and Čengić was acquitted. Another acquittal was issued for Asim Fazlić, vice director of Interpol in BiH. He had been charged with abuse of power, participation in extortion, and non-reporting of crime. Canadian John McNair was the prosecutor. After the trial, Fazlić sued the State for the time he spent in prison.

International prosecutors also charged Mirko Šarović, ex president of Republika Srpska (RS), Serbian member of the BiH presidency, and a major representative of the Serbian Democratic Party (SDS). Šarović was charged with organised crime, abuse of office, and complicity in crime and, again, acquitted. Again, Šarović is currently suing the State for time spent in prison. Another major Bosnian politician charged by international prosecutors was ex-Minister of Foreign Affairs Mladen Ivanić. Charged with 11 other people for abuse of office and criminal association in the case of public company Srpske Šume in 2007, he was also acquitted. The most recent case was that of Bičakčić and Čović.

The role of international judges in Bosnia and Herzegovina

The international judges assigned to the Court of BiH (Department for Organised Crime), finished their term at the end of 2009. The ones working in the Department for War Crimes will stay in the country until the end of 2011. In 2003, the Office of the High Representative decided to locate international judges and prosecutors in Bosnia and Herzegovina in order to strengthen local capacities within the reform of the national judiciary system.

Zlatko Knežević is an experienced lawyer and member of the Supreme Court and the Judiciary Council of BiH, the body that appoints each judge and prosecutor in the country. In his career, he has had the chance to meet many international prosecutors working in Bosnian tribunals. Except for some who had previously worked on war crime trials in the Hague, they did not impress him with their knowledge of local law. “Bosnia and Herzegovina has its own centenary legal tradition that international judges have not been able or willing to respect. They raised charges and made a fuss without the necessary evidence and without considering what could and could not be demonstrated before a court. A judge that respects the judiciary system goes before the court only in possession of significant evidence. In these cases, this simply did not happen.”

International judges acknowledge that mistakes have been made but still defend their work. Jonathan Ratel, the Canadian judge that represented the prosecution against Čović and Lijanović, currently heads the Department for Organised Crime in Kosovo. Despite the outcomes of trials in BiH, Ratel maintains that the involvement of international prosecutors in post-conflict societies is a good thing and, like in BiH, should go on. “International judges should have stayed in Bosnia to help their colleagues in the most delicate trials, while the international community decided to focus on other countries, like Iraq”, Ratel said. According to legal expert Knežević, though, Ratel's argument has little foundation. He says that in the very cases of Bosnia and Kosovo local prosecutors have worked better than the international ones. “I have met several Kosovar lawyers, they come from the good old law school of this region, and I am sure they would do much a much better job than their international counterparts”.

In the case of BiH and Kosovo, two countries where corruption is a huge issue, it is concerning that the international community did not have a clear strategy when placing international lawyers in local prosecution offices. In the end, at least in Bosnia, this did not help much in fighting corruption.

William C. Potter is a US lawyer who worked for three years in the Office of the High Representative. He dealt with the appointment of international judges. Potter acknowledges that the international community itself was not completely convinced of what it was doing. “The international community shied from supporting this process, both because of the programme cost (though I personally believe costs were relatively modest) and because many felt it interfered with the country's sovereignty”.

The plague of corruption

Today, after the experience of international prosecutors in Bosnia and Herzegovina, all surveys show that the corruption level has not decreased and citizens' perception of corruption is actually increasing year by year.

According to Transparency International (TI) , however, the presence of international lawyers in BiH brought some advantages. Ivana Kolajilić, a representative of Transparency, believes international prosecutors are not exposed to pressure by local politicians and this is one of the reasons why TI did not support their leaving the country. At the same time, TI representatives are aware that results were not completely satisfactory. “One of the reasons is probably that it is very difficult to work in a foreign country without knowing the local law and judiciary system perfectly. Some of them probably got trapped in this complexity,” Kolajilić said.

The future will tell whether the work of international prosecutors will be more effective in Kosovo than it was in Bosnia. However, Ratel believes the international community was more homogeneous in Bosnia than it is in Kosovo, where the situation is even more complex. In the meantime, both countries are plagued by corruption. In the world ranking for 2010, Bosnia ranks 91st out of 178 countries. Kosovo is 110th.