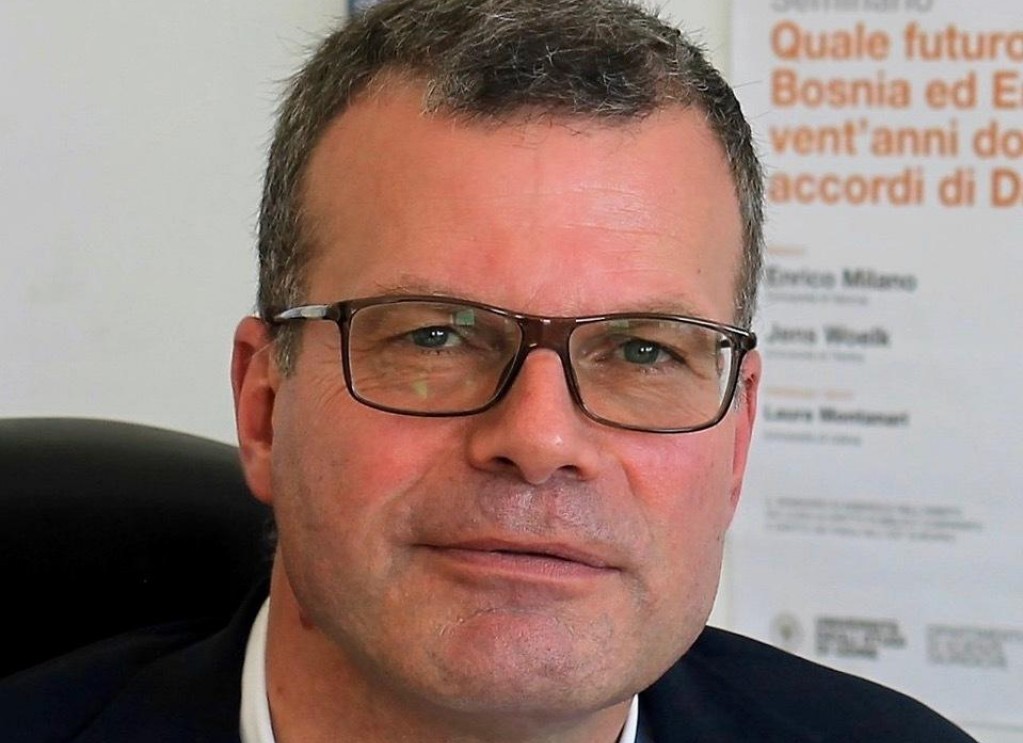 Under no circumstances can one Entity - after more than 15 years - simply "pull out the plug ", without taking care of the consequences for the other justice systems and the State as a whole

Federalism is by is nature a dynamic phenomenon. Ideally, it is based upon an initial contract (“foedus”, where the term comes from) between equal partners (in law, rarely in practice) with the objective of maintaining the autonomy for self-management in some areas, while carrying out other policies together, in a common frame, in which all partners have a say in decision-making. Thus, the short formula coined by Daniel Elazar: "self-rule" (of sub-national or constituent units) combined with “shared rule” (State institutions). This is the very essence of federal systems.

In detail, federal systems can be (and are) very different in reality. Complexity can be low and federal units symmetrical in their organization and powers (as in the US or in Germany) or they can be very different, asymmetrical in their organization and competencies. In Bosnia and Herzegovina, the asymmetry between the Entities in their internal structure (unitary in RS, cantonal in FBH) as well as the combination of federal, territorial and ethnic, power sharing elements in the combination make up for a highly complex system.

Federalism works as a system. The autonomy of its parts needs to be balanced with their integration. Self-rule and shared rule. Otherwise, the system will not function. This is true even in systems in which the federal units and the federal government are separated and functioning in parallel, like in the United States. As recently seen in the Corona crisis, cooperation and coordination between the layers of government are necessary, no federal system can afford either splendid isolation of the States or authoritarian overruling by the President, if the pandemic is to be fought successfully.

Any functioning system first needs the conscience of all its parts that they are effectively part of a comprehensive system. This means that each part needs to fulfil its role and tasks. In a democratic federal system, these are established in the basic agreement, i.e. the Constitution. In many federal (and regional) systems as well as in the European Union there is an unwritten principle of federal comity, or loyalty (“Bundestreue”), from which complementary obligations derive for those cases which are not expressly written in the Constitution. The essence of those principles is that no federal unit may behave in a way that damages other units or the State. The principle works both ways, meaning that the State has the same obligation vis-à-vis the units. In fact, the system shall be guaranteed in its function as a whole, despite its articulation in different, autonomous parts. Cooperation and coordination, but also respect of competencies shall be guaranteed.

Jens Woelk is a full professor of comparative constitutional law at the University of Trento (Italy), at the Faculty of Law and the interdisciplinary School of International Studies (“Euregio chair”); he also workes at Eurac Research in Bolzano/Bozen, at the Institute for Comparative Federalism. In the Western Balkans, Woelk has participated in various projects and missions as an expert for the European Union and the Council of Europe, and as Senior International Legal Expert on EU integration issues at the High Judicial Council of Bosnia and Herzegovina (Sarajevo, 2018-2019).

For the sake of clarity and legal certainty, the distribution of competencies is included in the Constitution of any federal system. Autonomy, i.e. self-rule of the units, needs to be respected and guaranteed. In the same way, also federal powers need to be guaranteed. These lists of competencies are never static, however. Any system needs to adapt to changing economic, demographic, internal and external conditions, which could not or only partly foreseen at the time the initial agreement was enshrined in the Constitution. The need for some flexibility is usually met with some specific clauses in the competence order of federal systems, such as the implied powers-clause in the US, which permit federal law-making by the US Congress, when this is “necessary and proper”, even though this is not expressly stated in the Constitution. Again, the system needs the exercise of these powers by the federal government in order to function properly. In the European Union, the principle of subsidiarity guarantees a certain flexibility in moving a competence from the Member States to the EU, if this is necessary because a regulation at Member States level would not guarantee the same results in terms of efficiency. Of course, Member States are included in the decision on the exercise of competencies, through the institutions (in particular the Council) and their Parliaments (in a preliminary consultation).

Another way of flexibility in the exercise of competencies are State treaties, i.e. agreements among the federal units or between them and the federal level. In federal systems, such as Switzerland, Austria and Germany, those agreements exist and are frequently used. They are a means for self-coordination, i.e. for avoiding the transfer of powers to the federal level thus preserving the autonomy of the units by coordinating themselves. But they can also be used for creating institutions at federal level, such as the first “national” TV-program in Germany (ARD), which is actually an institution based upon an agreement by the German Länder on creating a joint broadcasting nation-wide network of the regional TV stations.

In Bosnia and Herzegovina, the possibility of transferring powers from the Entities to the State is foreseen in the Dayton-Constitution as an element of flexibility, according to the principle of subsidiarity. A transfer agreement is an agreement between the two Entities to permanently renounce the exercise of certain competences so that they can be exercised by the State of BiH. This is explicitly provided for in Article III.5 of the BiH Constitution (in its original form of annex IV to the Dayton Peace Agreement). In the past, the High Representative promoted the negotiation of those agreements, with regard to the defence sector, to value added tax and the judiciary etc. In the course of the first judicial reform, the goal was to make the country more functional by introducing a State Court and a State Public Prosecutor for serious crimes and war crimes as well as by replacing the two judicial councils of the Entities with a state-level High Judicial and Prosecutorial Council (HJPC) responsible for all four judicial systems in BiH. In March 2004, an agreement was concluded between the Federation and the RS to this effect. On this basis, the HJPC was subsequently established by the Law on the High Judicial and Prosecutorial Council of Bosnia and Herzegovina (HJPC), adopted by the BiH Parliament in 2004, with the task of ensuring the maintenance of an independent, impartial and professional judiciary in BiH. The constitutionality of the Law on the HJPC was confirmed by the Constitutional Court of BiH in 2009.

As permanent institutions at State levels have been established, such a transfer agreement cannot be terminated unilaterally or at short notice. There is no expiry date or revocation procedure foreseen, neither in the Constitution nor in the transfer agreements. Should an Entity nevertheless wish to do so, a negotiation process must be started in order to find an amicable solution that also takes into account the consequences for the system as a whole. Under no circumstances can one Entity - after more than 15 years - simply "pull out the plug ", without taking care of the consequences for the other justice systems and the State as a whole. Legal certainty and the protection of trust require responsible and accountable action, especially in the justice sector, but also in delicate sectors like defence and the tax system, where the functionality of the State and of the whole system is at stake.

Politically, it is however not impossible to ask for a return of powers transferred to the State. Legally, this can only translate into a request for a revocation of the agreement and a change or the abolition of the respective law in the Parliamentary Assembly. On the basis of the current Constitution, it is impossible to proceed unilaterally without consideration of the consequences for the system as a whole. Also a constitutional amendment could clarify the situation, but again, a wider consensus would be necessary for its approval, which is exactly the sense of constitutional guarantees. Otherwise, if merely unilateral, the political request is outside the constitutional frame.

In any case, the added value in terms of functionality should be a decisive issue in motivating and examining the (political) request of a return of the competencies: will this lead to a better functioning of the judiciary, the tax-system or other areas? Certainly, a hypothetical return will negatively impact on the country’s path toward EU accession, as it clearly contradicts the indications provided by the European Commission in its Opinion as well as the experiences in EU Member States. Any such decision, in particular if unilateral and not accompanied by alternative proposals to improve the whole system, would therefore be highly problematic in constitutional terms as well as a clear step away from a future in the European Union.

Jens Woelk is a full professor of comparative constitutional law at the University of Trento (Italy), at the Faculty of Law and the interdisciplinary School of International Studies (“Euregio chair”); he also workes at Eurac Research in Bolzano/Bozen, at the Institute for Comparative Federalism. In the Western Balkans, Woelk has participated in various projects and missions as an expert for the European Union and the Council of Europe, and as Senior International Legal Expert on EU integration issues at the High Judicial Council of Bosnia and Herzegovina (Sarajevo, 2018-2019).

This material is published in the context of the project "Bosnia and Herzegovina, the Constitution and the EU accession. An academic platform for discussing the options" supported by the Central European Initiative (CEI). CEI is in no way responsible for the information or views expressed within the framework of the project. The responsibility for the contents lies solely with OBC Transeuropa. Go to the page dedicated to the project