Tito: the game has been cancelled 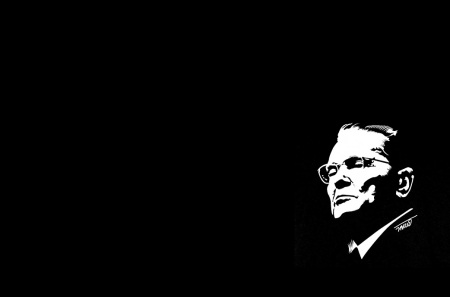 It was a Sunday, closing the exceptionally long bank holiday of May 1st, Labor Day. In the afternoon of May 4th 1980, France Popit, the Secretary of the Central Committee of the Communist League of Slovenia, called the Republican leadership. He only said: “The game has been cancelled”.

It was the signal agreed. To say it using the regime’s rhetoric: “The big heart of the comrade Tito stopped beating”. His “last battle”, the one he would have inexorably lost, had started right after New Year’s Eve.

After celebrating with his closet collaborators, Tito had left for Ljubljana. In the most equipped polyclinic of the country, they were waiting for him to give him a routine check-up – or so it was said. He was 88 years old and not bursting with health. He suffered from severe diabetes, but it did not stop him from enjoying the pleasures of the table and a few glasses of whisky.

The President had been regularly administered anticoagulants to avoid circulatory complications. Towards the end of 1979, however, the assumable happened: the artery in his left leg obstructed. It was decided to try and perform a by-pass, but the operation did not stop the gangrene. The only solution, at that point, was to amputate his leg. The operation led to a circulatory collapse.

“With exceptional efforts” that lasted for months, the medical team was able, “for an almost unconceivable period of time”, to artificially keep enough blood supply to the organs. It all had severe side effects since the continuous hemorrhages could not be stopped.

The problems, caused by diabetes, soon “forced” the medical staff to connect the Marshal to an artificial kidney. As time went by, “a complicated clinical picture” started to develop, and it was “so complicated that it was almost impossible to encounter in medical praxis”. The infections and fever were to be kept under control. To keep him alive, the doctors started administering him drugs that further damaged his internal organs.

Breathing difficulties started “a long time before his death”, and so it was “necessary” to connect Tito to an artificial respirator for a period of time that was considered “unusually long”. The doctors took care to perform regular drains to the lungs to keep the water from accumulating inside them.

Finally, clinical death came, caused by the collapse of the peripheral circulatory system and the successive cardiac arrest; however, not before serious problems of the digestive apparatus and a severe form of jaundice had emerged.

The doctors who performed the autopsy were very straightforward in writing that the “changes taking place with the sickness” were so complex that “they had been almost never reported” in other patients. Tito was thus spared nothing. Besides, there was no family around him to tell the doctors to pull the plug.

During those months, the country had been hoping that the Marshal could come out of the hospital and take the helm again. After the wealth of the Seventies, Yugoslavia had sunk into a deep economic crisis. By then, the leadership had serious trouble finding the money necessary to even buy primary necessities abroad.

Citizens received notice of Tito’s death around 6 pm. The news was not unexpected, but it shook the country nonetheless. Authorities had already made sure everything was prepared in detail. By mid February all arrangements for his funeral had been made and the text for his obituary had long been ready. So much so that it had been secretly translated in all languages of “the people and nationalities” of the federation.

The symbol of the “love” that the citizens felt for the father and master of Yugoslavia came from Split. In the Dalmatian city, one of the most important games of the Yugoslavian soccer championship was being played between the local Hajduk team and Belgrade’s Red Star.

When the news broke, the game was under way. The players stopped and some burst into tears, some fell to the ground as if they had been struck by lightning, while from the stands a chant that was very popular at the time started rising: “Comrade Tito, we promise you that from your path we will not turn”.

In Yugoslavia no one seemed doubtful of the fact that they would have continued along the path marked out by Tito and everyone obsessively repeated, in a mixture of pride and defiance, “After Tito – Tito”. Amongst the foreign commentators, though, more than one wondered if the federation could exist without the Marshal. With Tito’s death, Yugoslavia had lost its president, its chief of party and its army commander. Yugoslavia had lost one of its main integrating factors.

The country prepared to solemnly take leave of its supreme commander. In Ljubljana, at the break of dawn on Monday, May 5th, a huge crowd started gathering under the pouring rain, in Revolution Square. The coffin was positioned in front of the parliament, where the highest republican dignitaries gave the ritual speeches. When the funeral procession started on its way to Belgrade, flowers were thrown in the street and tears were running down the faces of the attendees. The coffin was loaded on the presidential train. Thousands of people gathered along the tracks, patiently waiting to see the head of state’s “blue train” dart by.

The world’s leaders met in the Yugoslavian capital for the funeral. In those days, Belgrade looked like the most important city on the planet. The ceremony was attended by 209 delegations from 127 countries. It was soon obvious that the Federal Presidency that was to collectively replace the figure of Tito, lacked the necessary political capabilities and charisma to be the heir of the late leader.

If on the outside the funeral rites did not seem to give any substantial advantage, they did unite the country further. Practically everybody followed the ceremony. In Belgrade the procession passed between two wings of crowd. In schools and companies, everyone gathered round the television, city streets were completely deserted. The atmosphere was surreal.

The strongest image of that long ceremony was that of the Italian president, Sandro Pertini. Breaking the strict etiquette, he approached the coffin covered with the Yugoslavian flag and laid his hand on it. That became one of the pictures that most characterized the funeral.

The wave of emotions that accompanied the president’s death did not die out: after the funeral, Yugoslavia was flooded with T-shirts, badges, pictures, busts, key chains, books and other memorabilia. Many companies made a great business out of selling his effigy, but it was soon clear that it was over the limit of good taste, so extreme caution was recommended.

The cult of Tito, wisely cherished while he was alive, was transforming into new forms of devotion, so deep they bordered on mysticism.