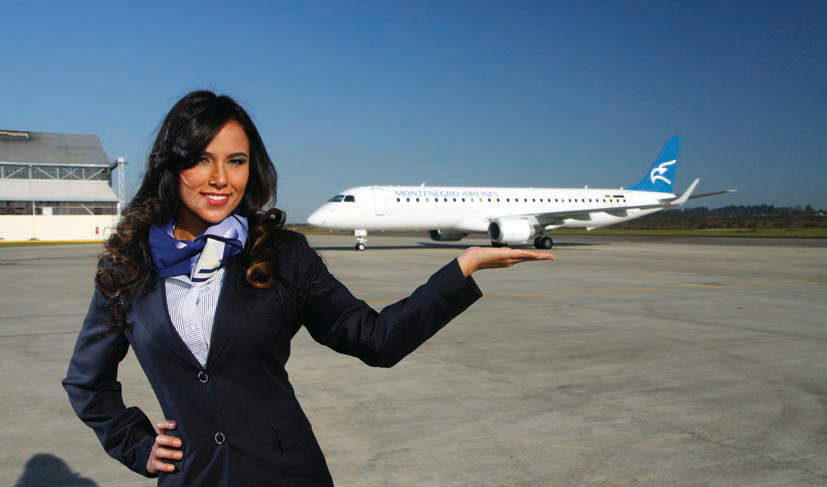 Montenegro Airlines (from the web)

A full-scale revolution is taking place in the former Yugoslav skies. National airlines are constantly in the red and low cost flights are expanding. How can the crisis be counteracted? Some look to the emirs, some are planning to establish a regional carrier

Twenty-seven million Euros. That is the amount that JAT, the Serbian national airliner, lost in 2011. This is only one of the budgets at a loss that JAT has been chalking up in the past few years. The former Belgrade Government, led by Mirko Cvetković, had made an attempt at privatizing the carrier in 2008. No one came forward. Two years later, negotiations started with Turkish Airlines and the Latvian Baltic Aviation Systems. Black smoke.

JAT is not the only airliner of former Yugoslavia dealing with financial holes. Between 2010 and 2011, Montenegro Airlines also sought privatization by placing 30% of its shares on the market. The Israeli El Al and Arkia and Arab Emirates Etihad have asked for “information”, but without going into greater detail.

Even more uncertain is the situation of the Slovenian Adria. The recent auction with which the Government – a majority shareholder – tried to save it ended with no purchasers. Thus, recapitalization was approved. It is, however, taking shape with much difficulty. In mid-October, the managing director, Klemen Boštjančič, indeed stated that without the 9 million Euros promised, bankruptcy will take over.

The rest of the fleet is what it is. The Macedonian MAT ceased operating in 2009, Kosova Airlines does not operate its own flights and coordinates traffic over Priština and from Priština to European airports. BH Airlines, only two carriers and a handful of destinations, found a shot in the arm in 2008 with the acquisition of 49% of its shares by Turkish Airlines. The relationship was, though, soon over. The investment made no profit and the Turks pulled out of the company. The only airliner that seems to hold is Croatia Airlines, even though it has its own tough nuts to crack.

A meeting with the top managers of JAT, Adria, Montenegro Airlines and Croatia Airlines was held last May. Tim Judah reported it on the Economist. On the agenda: creating one sole regional airliner. The idea is not fantasy-politics, per se. Incited by the perspective of entering the European Union and the conditions this entails, above all regional cooperation, in the past few years the Countries of Western Balkans have given life to common projects in different fields, including transportation. The agreement signed in 2010 among Slovenia, Croatia and Serbia on the collaboration in rail freight-transportation, which has brought the Ljubljana-Istanbul running time from 57 down to 35, shows that not only is it possible to work together, but it is also profitable.

As explained by the Centre for Aviation website last April, however, rail agreements are one thing, airline mergers are another. Compared to the former, there is the thorny issue of choosing the main hub. The most equipped one would be Zagreb, both in terms of infrastructure and in terms of traffic. The possibility of having a new airliner with a Croatian center, though, does not please Adria, JAT and Montenegro Airlines. Not to mention that, geographically speaking, Zagreb is not as central, in former Yugoslavia, as Belgrade could be. The talks got stuck.

Are the emirs close?

In the meantime, after the interest, later withdrawn, in entering Montenegro Airlines, there is a lot of talk about Etihad again. Apparently, the airline is interested in carrying out its purchasing season in the republics of the Southern Slavs’ former common land, after a series of recent strategic investments aimed at expanding its block of shares in Air Berlin (29%) and Air Seychelles (39%) or acquiring shares in the Irish Air Lingus (3%) and in Virgin Australia (10%).

Is this news believable? Apparently so, since Etihad has recently opened an office for the Western Balkans in Belgrade. Reports also state that the Serbian government, planning to renew JAT’s fleet with 12 new aircrafts, thus relieving the airline from previous debts and investing 140 million Dollars, is actually searching the emirs’ side. Just like BH Airlines, in its branch controlled by the Federacija Bosne i Hercegovine, the Muslim-Croat entity of Bosnia. We will see.

Meanwhile, there are good news on the Adria front. The Slovenian airliner has reached an agreement with Land Rover, by which it will make charter flights available for the British car company. The contract is worth 5 million Euros. This money is necessary to keep things going while awaiting the aforementioned recapitalization and the federate hypothesis or strategic partners.

The skies are low-cost

The general impression is that neither of the two perspectives on the table – new regional airliner or investors – is strong enough. Indeed, the past few years have seen a full-scale revolution in the skies of former Yugoslavia. Many low-cost have added routes. Consider Belgrade, where Niki (Austria), Aviogenex (Serbia), Fly Dubai (United Arab Emirates), Sky Work (Switzerland), Germanwings (Germany) and Wizzair (Hungary) land and take off.

Statistics indicate that low-cost flights channel over half of the 11 million passengers transiting through former Yugoslavia every year. For local airliners, re-conquering market slices is thus hard, also considering that in the past few months a giant such as Turkish Airlines (32 million passengers every year) has greatly increased the number of its routes, following – one is easily led to think – the politics of political-economic penetration started in the region by the government of Ankara. Apparently, Turkish Airlines also intends to add routes connecting the United States to the Balkans, with the objective of serving former Yugoslav emigration to America.

From this mishmash of tactics, be it concrete or hypothetical, Italy is unfortunately missing. The only Country of former Yugoslavia present on the list of Alitalia destinations is Serbia. Anyone wanting to go to Zagreb, Sarajevo, Skopje or Podgorica from Rome and Milan has to necessarily stop over somewhere else or take one of the rare low-cost flights in service (there are some to Mostar/Medjugorje) or even land in Budapest or Bucharest and reach their destination by train or by car.

There is no lack of clients, however. There are thousands and thousands of small and medium entrepreneurs that have long taken root on post-Yugoslav soil, as well as a tourist base that is more and more interested in the other side of the Adriatic.