Migrants and refugees’ health in the wake of Covid-19

On (not) knowing the future: prediction, legitimation, and the Yugoslav crisis 19/08/2020 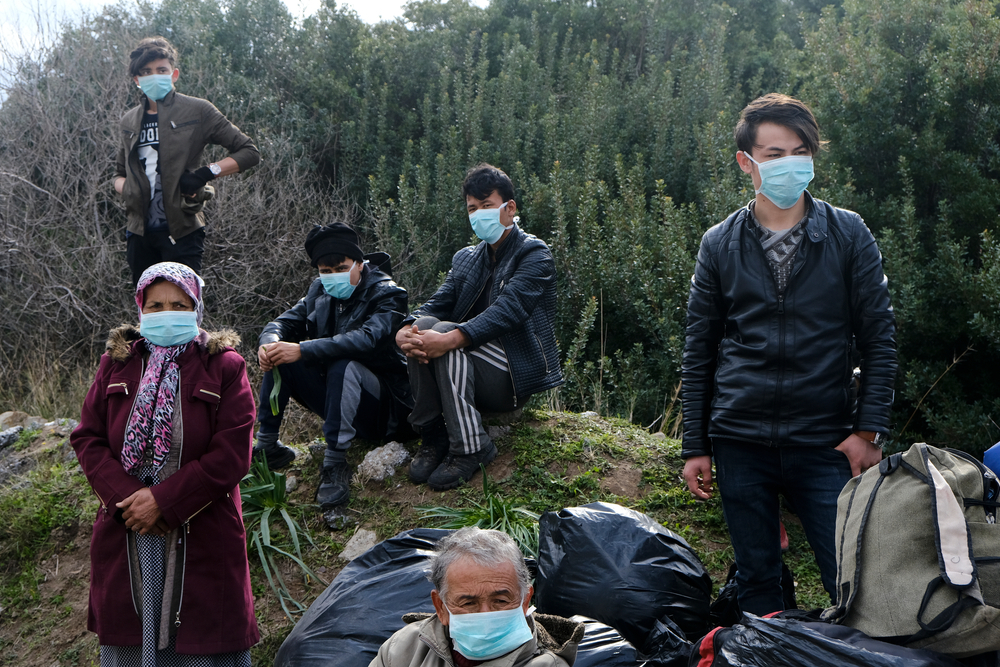 With COVID-19 in the spotlight, refugees and undocumented migrants disappeared from public attention. Precisely what swept these communities away from the agenda, however, disproportionately affected them. An analysis by Emanuela Barbiroglio, making use of a survey by the World Health Organisation

“The place where I stayed only hosted adult men, as minors were not allowed due to COVID and the interventions of volunteers in the first reception centers were suspended, also due to COVID” says Franca, an Italian nurse who was urgently called to duty after a pandemic was declared in March 2020.

By that time, she was living and working in Belgium, but had to leave everything behind and move back to her country. Then, in the middle of August, Franca decided to go volunteering in a Sprar centre (protection system for refugees and asylum seekers) close to Trapani, in Sicily. “The hygienic conditions were very poor and three or four guests were sleeping in the same room. To be honest COVID protections were lacking, but last summer masks were no longer mandatory on the street either.” Franca and her fellow volunteers didn’t encounter any health emergencies and a doctor was there just in case. In fact, she says, for the young men in the centre “a ‘disease’ is another thing entirely”.

More than 30,000 refugees and migrants participated in the first-ever survey by the World Health Organization (WHO)  and spoke about the serious impact of the pandemic on their mental and physical health. The study, published on international migrants' day, finally shed some light on a portion of the global population whose health has been neglected during the crisis.

So, what happened to people arriving in Europe in the time of COVID-19? First, their number dropped.

Ventimiglia remains the most common border to cross for migrants in Italy. “Here we always have a high turnover and, after a brief stop, numbers increased again in the summer,” says Jacopo Colomba, project coordinator for WeWorld Onlus . “Notably, 12,000 people were rejected at the border just in the first nine months of 2020. It is also interesting that smugglers were asking for more money to help people cross the border, even 500 euros for 40 km, during the first lockdown.”

The pandemic changed the living conditions, forcing more people to live outside. “We had two cases of COVID in April. This and social alarm were the reasons behind the shutdown of our only existing camp. We didn’t have a proper plan for an emergency and the pandemic provoked a sort of ‘dam effect’.”

Other borders show even more difficult situations to the point that, in September 2020, The Good Lobby, pro bono lawyers from De Brauw Blackstone Westbroek and WeMove Europe filed a legal complaint  with the EU Commission to hold Greece accountable for violating asylum laws. “Since May, asylum requests started again. Pushbacks are still there: the detention conditions are still horrible and many violations of EU procedures keep happening,” says campaigner Giulio Carini. “For instance, asylum seekers need to make a skype call and this is particularly hard to organise at the moment.”

Then, issues with inclusion started or got worse. People in Bulgaria and France couldn’t find a job or even take a bus. Mariana Stoyanova, programme manager at the refugee-migrant service of the Bulgarian Red Cross, remembers that “everything was closed including the parks” during the first lockdown. “The impact was particularly strong for asylum seekers because visitors were not allowed inside the six Bulgarian reception facilities and it was a very strict regime,” she says. “This gave a good result as no one was infected. However, in the detention facilities there were about 70 cases and some hospitalisations mainly as they are taken directly from the borders.”

In France, there is already a problem with police violence towards migrants. Pierre Roques, the field coordinator of Utopia 56  in Calais, says “terrorist attacks are used as an excuse. Recently, a temporary accommodation centre opened but most of the people are still living outside. This makes it difficult to distinguish cases of COVID and they also don’t seem to be much scared, which is completely understandable.”

Ellen Ackroyd, one of two field managers of Help Refugees Calais : “Masks are distributed very irregularly, the distribution is not systematic. This is a major issue, as people without masks cannot go on buses or enter shops. To some level, displaced communities are definitely aware of the risks and are, much like everyone during this pandemic, very cautious of hygiene. However, unlike most people, their access to safe sanitation is very limited, a fundamental right that should be provided for by the state. This is a regular source of anger too – some people haven't showered in months!”

At least 50 percent of the respondents to the WHO’s survey considered that they had been impacted by the pandemic, in terms of work, safety and financial situation. According to the survey, some forms of discrimination were particularly felt among the younger age group (20-29 years of age), where at least 30 percent of respondents felt that they were treated less well because of their origin.

Finally, people’s own health worsened. “Lots of people with chronic diseases, living all together in bad conditions with no medications and psychological issues… all this was really worrying me,” says Sanne van der Kooij, a Dutch gynecologist part of the group SOSMoria . “With the second wave of COVID-19 ongoing, I expect this winter to be problematic. I think the biggest problems for them are the consequences of the measures against COVID-19, because they can’t go out of the camp, so they are isolated and scared.”

Most of the refugees and migrants who took part in the WHO’s survey took precautions to avoid infection with COVID‑19. When they didn’t, it was because they couldn’t – not because they didn’t want to.

Counting cases and deaths among migrants, however, is tricky. All volunteers and experts interviewed – across Bulgaria, France, Greece and Italy – agree: health conditions are often so compromised that nobody cares about COVID-19 and, if they do, there is practically no way to test people on the move across our continent.

At the same time, studies show that vulnerable people are more likely to get sick. And so do migrants, especially if they have no documents. The WHO’s survey shows that the primary reasons for not seeking medical care were financial, fear of deportation, lack of availability of health care or no entitlement. One out of six migrants without any documentation would not seek medical care for COVID-symptoms.

“Undocumented migrants have many difficulties in accessing healthcare,” says Michele LeVoy, director of the Platform for International Cooperation on Undocumented Migrants  (PICUM). “As health care is regulated on the national level, it is up to EU member states to decide if they are allowed to have assistance. Which means 27 different systems in Europe. Even if the laws allow them to access some level of care, some countries, such as Germany, require the health administration to report undocumented people to the immigration authorities. Across Europe, many undocumented people are afraid of going to doctors or hospitals because they fear they might be reported.”

Entire communities can’t be invisible: rather, the hosts tried to unsee them. Until it became impossible to pretend someone was not there. That’s why very few countries – including Ireland, Portugal and Italy – introduced special measures which enabled undocumented migrants to safely access health care during the pandemic.

“This year showed that the pandemic exacerbated existing vulnerabilities of groups within the population and the even greater need to address the factors that make them vulnerable,” concludes LeVoy. “If you want to be smart on public health, you do not exclude anyone. Public health knows no borders and viruses don’t carry passports.”