France, the Western Balkans, and the EU: on the wave of scepticism 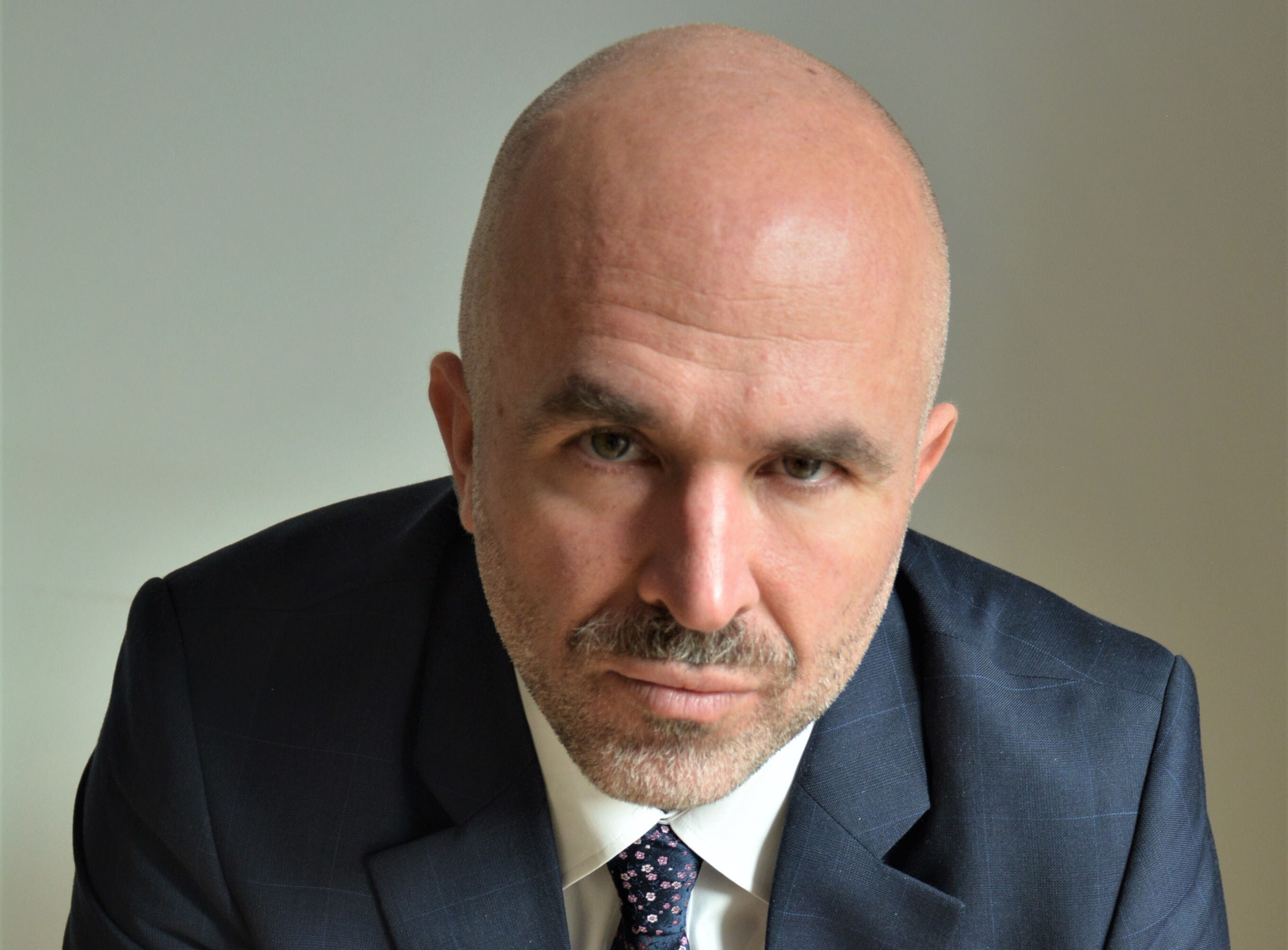 Together with Christine Hübner, Jan Eichhorn, and Luuk Molthof, political scientist Srdan Cvijic recently published a report that analyses the French point of view on the enlargement of the European Union to the Western Balkans. We interviewed him

The starting point of the research project It’s the Eu, Not Western Balkans enlargement was the French and Dutch decision to veto the opening of EU adhesion negotiations with Albania  and North Macedonia in October 2019 – the two countries have enjoyed candidate status since 2014 and 2005 respectively. This decision triggered incomprehension and indignation across the Western Balkans and the EU, prompting Dr Cvijic and his team to conduct an in-depth survey among the French population in order to better understand the reasons why the EU enlargement to the Western Balkans is so unpopular in France.

How did you come up with the idea of drawing up such a report? Why did you focus on France?

Since 2017-2018 the debate related to the EU enlargement to the Western Balkans has entered the political discourse in France. In 2019, during a broadcast debate between the French candidates in the last European elections, an overwhelming majority of them spoke out against Serbia's accession to the EU (the country was given as an example). Such “politicisation” of the debate around the EU enlargement to the Western Balkans marked a sharp discontinuity from the past, when the region played no role in French internal politics.

At an event  organised by French newspaper Le Courrier des Balkans exactly two years ago, French politicians from Emmanuel Macron’s ruling party La République en marche told us that in the run up to the European Parliament elections they were reluctant to be seen as supporting enlargement, as that would have weakened their popularity. 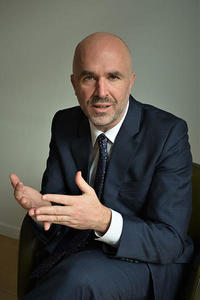 Srdan Cvijic is a Serbian political analyst specialised in the area of South East Europe. He graduated from the University of Belgrade and the Central European University (Budapest), and holds a Phd in Law from the European University Institute in Florence. He is frequently sought out by the media and has published extensively on EU foreign relations and the politics of the Balkans. He is a regular contributor to Politico, Balkan Insight, EU Observer, Euractiv, N1 TV (CNN regional affiliate), the European Western Balkans, Al Jazeera, Euronews, and DeutscheWelle. He is a regular guest commenting on foreign policy issues for Euronews, Radio Free Europe, Voice of America, the Radio Television of Serbia, Top Channel in Albania, TV Vesti 24 in North Macedonia, BBC Serbia, and the Danish Public Radio.

Previously Dr. Cvijic was a senior diplomat for the ministry of Foreign Affairs of the Republic of Serbia. He also advised the Special Coordinator of the Stability Pact for South Eastern Europe, the European Policy Centre, and for the NATO Parliamentary Assembly. He is now a senior analyst at Brussels-based Open Society Foundation .

Prompted by these discussions, we realised that no French political party had conducted targeted surveys on the EU enlargement to the Western Balkans. What they had was what we all had: Eurobarometer surveys and similar superficial polls, where people are simply asked if they support the Western Balkan region or specific countries joining the EU or not, or similar questions. Political parties would never run an election campaign on internal political issues on such superficial polling, yet they did just so on the EU enlargement to the Western Balkans. So, as the French government and political parties ran their campaign without relying on serious surveys, we decided to conduct proper research on this subject.

How was the French block of negotiations with North Macedonia and Albania perceived in Serbia?

It really depends on who you talk to. On the one hand, the regime in Serbia and its tabloid press used the French block to push forward the argument that the EU would be opposed to Serbia joining it whatever the country would do to achieve this goal, so as to justify its own democratic backsliding and failure to open a single negotiating chapter with the EU.

On the other hand, the progressive and strongly pro-EU part of the Serbian society became even further disillusioned. For these people, such a decision was a confirmation of the policy dubbed as “stabilitocracy”, which describes the EU and its member states’s propensity to sacrifice democratic principles in the Western Balkans in order to favour geopolitical and economic stability.

Indeed, it appears that the French government chose to favour the status quo in the region rather than risking a loss of popularity on the domestic stage, although the two candidate countries had already made numerous concessions to meet member states’ requests, one of the most spectacular probably being the decision of prime minister Zoran Zaev to change the name of Macedonia – which became North Macedonia – in order to solve an old dispute with Greece.

Since we are talking about the polls, let me remind you that in 2009 – the year of visa liberalisation for Serbia, Montenegro, and the then Republic of Macedonia – almost 70% of the Serbs supported their country’s EU membership; that number is now around 50%, sometimes even below that figure.

Could you outline the reasons for the French opposition as they emerge from your report? Do you think it has to do with a lack of knowledge about enlargement issues?

In recent years, French citizens have consistently opposed EU membership of the Western Balkans, at a rate of 58%. This is similar to Austria or Germany, where, according to the 2019 Eurobarometer, 57% of the interviewees opposed the Western Balkans joining the EU.

However, notwithstanding the polls, the German and Austrian governments support enlargement, unlike the French government which remains sceptic.

However, despite a large opposition, I would like to remind that the Western Balkans’ EU membership remains a minor issue for the vast majority of the French population. Only 22% of the French both consider that the issue is a salient one and are opposed to the EU enlargement in the region.

Then, to understand the French voters’ opposition, you must take into consideration their weak knowledge of the region and of the EU decision-making processes. For example, only 38% of the French knew that France’s decision cannot be overruled when it comes to deciding on a new country’s accession to Europe. This means that 62% did not even know that France has a veto power, that it exercised back in 2019 against the opening of the negotiations with Albania and North Macedonia.

Furthermore, only an insignificant minority of the French is strongly pro-EU, but against enlargement at the same time. Assuming this voter base was larger, some representatives of the French government decided to underline the latter’s opposition to the admission of populist-led countries into the EU, implying that some Western Balkan ruling parties could be compared to Polish PIS or Hungarian Fidesz.

What is true, however, is that there is a direct correlation between opposition to the 2004, 2007 and, to an extent, 2013 enlargements on the one hand, and the future EU enlargement to the Western Balkans on the other hand. To put it simply, French who think previous enlargements were a bad thing are also sceptical towards Westen Balkan countries joining the EU.

According to your investigation, most French oppose the EU enlargement to the Western Balkans because they are concerned about the current state of the Union and because they do not feel properly represented, both at the European and national level. Do you think that the memory of the adoption of the Lisbon treaty (2007) despite the rejection of the European Constitution treaty in France and in the Netherlands (2005) could contribute to explain such a feeling of mistrust?

Indeed, this event probably amplified the spread of Euroscepticism. One of the participants in our working group in Lyon pointed out that the approval of the Lisbon Treaty, despite the rejection of the European Constitution, is one of the reasons that explain France's lack of trust in the European project and, consequently, the opposition to the entry of the Western Balkans into the EU.

It is funny that you mention 2005, because in the run up to the vote on the European Constitution, precisely to lure the right wing electorate into voting for it, French politicians at the time proposed changes to the Constitution, asking for a referendum to approve EU membership of any new country. It was clear that such a provision was aimed at Turkey, or rather at the perceived animosity of the population towards accepting Turkey into the EU.

In 2008, aware that such a constitutional provision would make it very difficult for any new state to join the EU and to facilitate Croatia’s entry in the EU, the French parliament amended it, making it possible to ratify a treaty of accession of a new EU Member State if 3/5 of its parliament voted for it, thus circumventing the referendum. But despite this step forward, we still have a long way to go.

You stress how the integration of Western Balkan states would be perceived as a geopolitical advantage for many French voters. Do you think this has to do with the traditional French position in terms of defence and foreign policy – which consists in favouring an independent European approach, that would also be more autonomous vis-à-vis the United States?

As much as 43% of the participants in our focus groups changed opinion on Western Balkans EU membership when shown the map of Europe, where the region figures as an island in the EU’s inner courtyard. Let me note that across all focus groups, including the one with the hardest opponents of enlargement, participants recognised that the integration of the Western Balkan countries within the EU would bring France a geopolitical advantage.

While it is difficult to know exactly why a vast majority of the French – even the enlargement sceptics – thinks that having the region in the EU would be geopolitically advantageous for France, one may speculate that the traditionally independent Gaullist defense policy has something to do with it. President Macron’s narrative on “strategic autonomy ” plays a role in France’s internal politics beyond its geopolitical significance, and I believe that an overwhelming change of heart when it comes to Western Balkan membership, if you actually contextualise the issue and show the French the maps, is somehow connected to it.

However, this is just an intuition and we would have to do more research on this to establish a direct correlation. But it definitely shows how Western Balkan EU membership is not an impossible goal when it comes to the French government and parliament supporting it in the future.

In the long run, do you think the implementation of compulsory civic courses dedicated to the functioning of the EU in every Member State could be a way to reinforce confidence in the European institutions?

Definitely! As I said, French voters are desperately uninformed about the functioning of the EU. At a large Brussels event, maybe two years ago, I was debating with one of the French Yellow Vest representatives who was justifying the movement's refusal to run in the campaign for the European Parliament. He listed their priorities arguing that the European Parliament had no decision-making power in the policies they were interested in, such as agriculture. He was wrong on every issue he mentioned… In our research, as I already mentioned, only 38% of the French knew that France has a veto power to stop the EU accession of candidate countries.