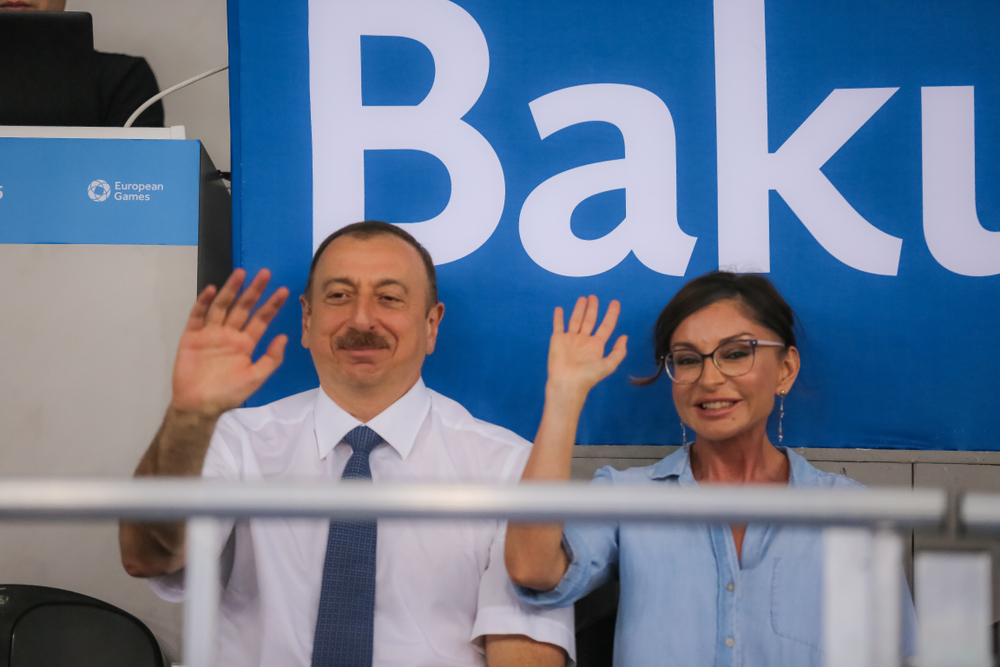 The information leaked by the Pandora Papers shows, once again, the enormous wealth hidden abroad by Azerbaijan's ruling elite. But the latter denies it and media like la Repubblica provide them with a megaphone to cry conspiracy

It is described as the biggest offshore data leak to date. A sequel to the Panama Papers that leaked in 2016, the Pandora Papers are based on the review of some twelve million documents that dive deeper into the offshore financial system, exposing a large number of companies or financial service providers from around the world used to flow money, property and assets by presidents, oligarchs, crooks and many others. It took two years and some 150 news outlets to sift through the trove of documents. Among the presidents exposed in the most recent leaks is Ilham Aliyev, a name and a family empire that has appeared in a number of investigative exposes from Panama papers, the Daphne Project , to Azerbaijan Laundromat , the Pegasus Project and now the Pandora papers.

In an interview with the National Public Radio on October 14, 2021, Greg Miller, foreign investigative correspondent of The Washington Post, who was one of the lead reporters and part of the consortium of journalists involved in the investigation, said: “while the Panama Papers came from one single law firm in Panama City [the Panamanian law firm Mossack Fonseca], the Pandora Papers come from 14 different entities that come from many different places, including Panama but also places in Europe, places in Asia. It gives us a much broader view into the offshore world”.

Miller then dives deeper into the world of offshoring and its benefits for those who do it. From hiding wealth to avoid paying high taxes, to escaping accountability by avoiding kickbacks from corruption, especially among politicians. Without leaks like Pandora Papers, explains Miller, people engaged in offshoring do not get caught.

Some, however, do not get caught regardless. The incumbent President of Azerbaijan, Ilham Aliyev, who has been in power since 2003, is one example. Ilham Aliyev came to power in an election described as neither free nor fair by international observers at the time. He took over the presidential seat from his late father, Heydar Aliyev.

Since then, President Aliyev, his family and a slew of government officials have become household names in both local and international investigations exposing the extent of corruption and money laundering in the country.

One of the first events that placed the family under the international spotlight was an investigation into the family’s now vast real estate ownership. In 2010, the Washington Post investigation revealed that Aliyev’s three children, Arzu, Leyla and Heydar Aliyev (then 24, 21 and 13 respectively) purchased several properties in Dubai worth 75 million dollars. The real estate spree in Dubai did not end there. In 2018 the Daphne Project, a collaboration of 18 news organisations spearheaded by France’s Forbidden Stories, showed that Ilham Aliyev’s two daughters also owned the Sofitel hotel on Dubai’s Palm Jumeirah island.

The story, however, does not end with property ownership. In 2012, an investigation by the Organized Crime and Corruption Reporting Project (OCCRP) and Radio Free Europe/Radio Liberty (RFE/RL) discovered that the ruling family personally profited from the construction of the massive concert hall built to host the Eurovision Song Contest that year, the Crystall Hall. The concert hall alone costed 134 million dollars and was funded from the budget that was meant to cover renovation of water and sanitation systems in Azerbaijan’s regions as well as to increase some of the salaries and pensions.

In addition to Dubai and Prague, London is yet another city where the President’s two daughters appear to own real estate. In total, OCCRP said in an investigation released in 2016 that the ruling family owned real estate for 140 million dollars by that year.

In 2019, Proyekt Media reported about luxury property that belonged to Ilham Aliyev’s family members in Russia, including yet again his father-in-law Arif Pashayev.

The most recent Pandora Papers reveal that the earlier estimates of UK-only property ownership by the ruling family reached 694 million dollars. “Their ownership of this property empire has been systematically hidden for years behind offshore companies with generic names like Sheldrake Six and Fliptag Investments”, wrote OCCRP as part of the team of journalists investigating the 14 million document leak.

OCCRP said it had found an additional list of 84 offshore companies that President Aliyev and his associates owned at least since 2006. “His son, Heydar, acquired his first offshore company while he was still in grade school. His daughter Arzu, who studied psychology in London, had just turned 19 when she acquired her own”, wrote OCCRP.

What the most recent investigations show is that the real estate, offshore company ownership and businesses empire the ruling elite of Azerbaijan managed to accumulate and build is vast. But so is the impunity and brazenness that leaves elites as Ilham Aliyev outside of legal jurisdiction. The interview President Aliyev had with Italian newspaper La Repubblica on October 12 is the most recent illustration of that behaviour. When asked a question about the most recent Pandora Papers, President Ilham Aliyev dismissed the leaks as nonsense, accusing the authors of conspiring against the country and its leadership. “These questions have accompanied me for many years. Depending on the political situation, some forces in the West are trying to use such slanderous materials to weaken the position of Azerbaijan and discredit it. It is clear that this is not a journalistic investigation. It is clear who is behind this. It is clear why Azerbaijan appears there. I don’t know about others. We knew that such campaigns were planned against Azerbaijan after the victory in the war”, the president told the journalist.

The president also said that, after taking over in 2003, he transferred his businesses to his children. Arzu, Leyla and Heydar Aliyev were just 14, 17 and 6 at the time. “All their activities are transparent”, President Ilham Aliyev told La Repubblica. How transparent these activities actually are begs questioning. The properties listed in this story so far were all exposed as part of global investigations. Neither the president, nor the ruling elite behind offshore companies announced their ventures or shared the news with the public at any point. If anything, in most cases the officials dismissed requests for comments.

In an interview with NPR, The Washington Post correspondent Greg Miller said: “because of the complexity and secrecy of the offshore system, it’s not possible to know how much of that wealth is tied to tax evasion and other crimes and how much of it involves funds that come from legitimate sources and have been reported to proper authorities”.

One may add that, because of the secrecy over the ownership and businesses the ruling elite has been vested in for decades in Azerbaijan, suspicions of just how could a 12-year-old boy or his twenty-something sisters could purchase millions worth of property in Dubai, and in other parts of the world over the years, are not groundless.

If there is one thing we have learned from all the recent investigations about corruption allegations and money laundering so far, is that often the perpetrators and the actors who are the main characters in these stories get away with it. In July of this year, President Ilham Aliyev’s cousin Izzat Khanimeed and the son of Azerbaijan’s former deputy Energy Minister Suleyman Javadov got away with handing over 5.5 million dollars to British authorities after the couple was exposed in a money laundering case.