Azerbaijan: autocracy, before and after the referendum 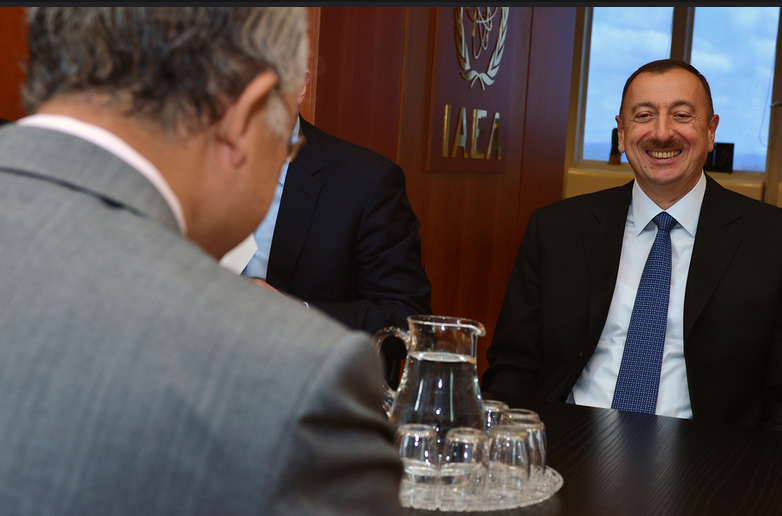 The referendum held on September 26 in Azerbaijan confirmed the adoption of 29 constitutional amendments, strengthening the power of the ruling elite

This exchange took place between a voter and Precinct member in Azerbaijan [Precinct Election Commission is one of the three bodies administering elections in the country, along with the Central Election Commission (CEC) and the Constituency Election Commissions, ed.] on September 26 when the country held a referendum over 29 constitutional amendments .
This conversation was not an isolated case. Azerbaijan’s online media platforms and independent news outlets circulated many other videos and recordings documenting election fraud and violations. Independent observers confirmed witnessed ballot stuffing and carousel voting- two very common trends of Azerbaijan’s elections.

While the Central Election Commission (CEC) is yet to respond to these reports, its chairman Mazahir Panahov did not wait too long before announcing the overall the results of the referendum, declaring that the overall voter turnout had been higher that 60% and that 80% of voters backed the adoption of the amendments.

The National Council, which gathers several opposition groups, called for the preliminary results to be canceled, while the head of the Referendum Assessment Mission of the Parliamentary Assembly of the Council of Europe (PACE) congratulated the people of Azerbaijan describing the voting operations as fully legitimate.

In the meantime, the President of Azerbaijan Ilham Aliyev, speaking the next day at an opening of yet another Haydar Aliyev Center, noted people’s determination and approval of the current day politics.

It is not the first time opposition and the ruling government disagree on the voting results and time will show whether the CEC actually addresses all the violation cases raised about this last poll. What is clear however is the way this referendum went ahead – no public debate, limited information sharing on the implications of the proposed amendments.

One of the clearer examples of the climate in which the referendum took place is the article published by an online news platform close to the government just a day after the referendum, on September 27. The author “investigates” at length the background of Radio Azadliq, Azerbaijan service for Radio Free Europe/Radio Liberty, and of those who stand behind this media organization.

According to the author of this article, RFE/RL would be in league with the CIA whose sole purpose is to overthrow regimes. But this is not the only conclusion of the author. In his remarks, he also highlights the connections between the former U.S. Ambassador to Azerbaijan, Richard Kauzlarich, and Radio Azadliq. Not surprisingly, the former ambassador is accused of spying on Azerbaijan while also being engaged in illegal activities.

“Now that it is clear he is engaged in espionage, it means that not only Kauzlarich is a dilettante, clumsy diplomat and restless politician damaging relations between United States and Azerbaijan. He is also a ‘loser’, unable to cover his financial fraud. Thus it has become an absolute necessity to investigate the ways and amounts of money paid to Azadliq Radio’s ‘volunteers’ in Azerbaijan, as well as financial details of the radio’s activities controlled from Prague”.

Anti-Azerbaijan sentiments were also voiced by President Aliyev in the same days: “We won’t yield to someone’s orders and continue on the path of independence guilt free”, said the President.

No one expects Azerbaijan to yield to anyone. Yet, many international organizations to which Azerbaijan is a member to, do expect Azerbaijan to follow its obligations and commitments.

For instance, there is a certain time frame required for constitutional amendments to take place. According to the Venice Commission “Transparency, openness and inclusiveness as well as adequate time frames and conditions allowing for a variety of views and proper wide and substantive debates of controversial issues are key requirements of a democratic constitution-making process […] Notably these [debates] should involve political institutions, non-governmental organizations and citizens’ associations, academia, the media, and the wider public”. Few of these conditions have been actually met, surely there was no such open and all-inclusive debate.

The time frame between the proposal to hold a referendum [July 19] and the referendum itself [September 26] was mere two months not to mention that the Constitutional Court approved the proposed amendments just 6 days after the referendum had been announced.

Even worse, the sample ballot contained no titles of the constitutional article under revision, but only the text, making it extremely confusing and hard to understand the context of the proposed amendment and the bigger picture. To expect that each voter may know by heart the exact function of each constitutional paragraph is an underestimation at best, and a political trick at worst.

In its statement, the Venice Commission voiced “concern” over extension of the presidential term limits saying it cannot be justified. “Given the already very strong position of the President, the new powers foreseen by this reform are at odds with the European constitutional heritage. This extension would reduce the president's political accountability and weaken Parliament” can be read in the statement.

In its response, the government of Azerbaijan dismissed these concerns defining the opinion of the commission simply biased.

One of many criticisms raised by the opposition on preliminary voting results concerns the approval of the amendment on property rights, which now grants greater power to government officials to expropriate privately owned land.

But the opposition went further in criticizing the results. “Who would vote for an amendment that would allow one person to dismiss the parliament that people elect?” said the leader of the Popular Front Party Ali Karimli. “These results are nothing but fraud”, added Karimli. Other opposition figures made raised similar concerns.

It remains to be seen whether these criticisms will be addressed by the Electoral Commission. As for now, Azerbaijani people move on with their lives in a country where the current leadership just consolidated more power than it had before.