Armenia-Azerbaijan: crossing to “the other side” in times of ceasefire 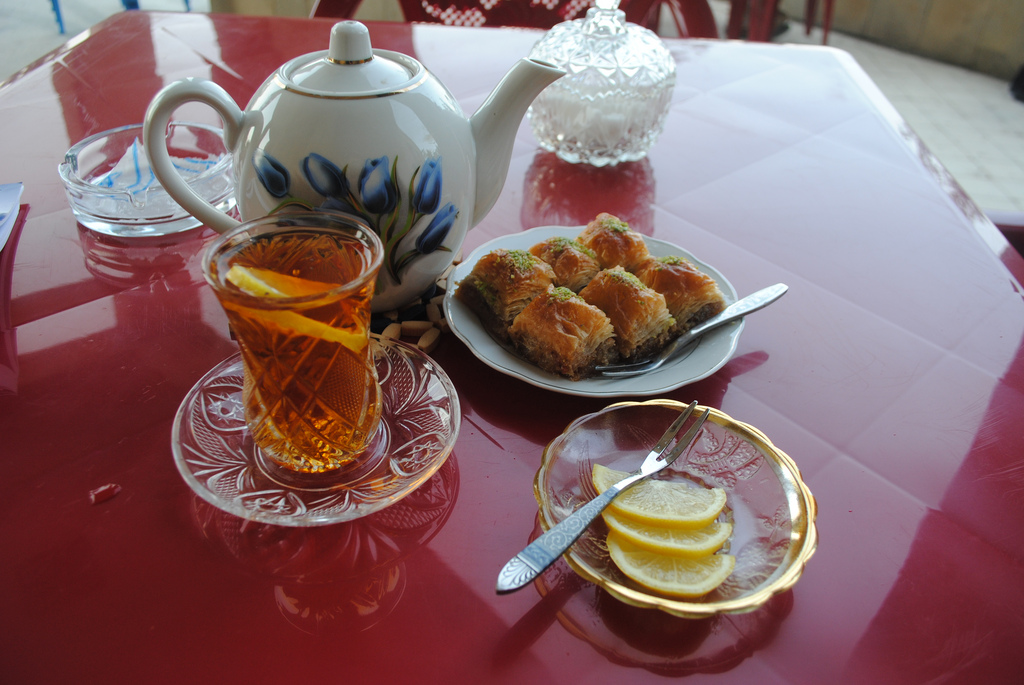 Armenia and Azerbaijan are in a bitter conflict. Dialogue between the sides is difficult, but some visits across the border are still happening. The story of an Azerbaijani journalist in Armenia

The bitter conflict over Nagorno Karabakh territory ended in 1994 with a ceasefire signed between Armenia and Azerbaijan. However, the war never really did end. To this day, there are shootings on the front line, reports of soldiers wounded or killed in combat make it to the news headlines, ceasefire violations are a popular topic of discussion in local media. There is no sign of an actual peaceful agreement that would sooth the wounds of the two sides. Both Armenia and Azerbaijan are at each others throats over the final status of Nagorno Karabakh, the fate of the residents and the status of the seven adjacent territories occupied by Armenian military forces since 1994.

The war, however, didn’t cut relations all together. Occasional visits from the two sides continue, with journalists being among the first ones to travel to “the other side”. Among these few pioneers was Shahin Rzayev, a journalist by profession, and the Country Director of the Institute for War and Peace Reporting in Azerbaijan today. He shared with me his memories of his first visit to Armenia and his thoughts on the present day politics evolving around the conflict.

It was October 1997 when Shahin Rzayev visited Armenia for the first time. Within the project framework organized by Swiss CIMERA , Rzayev headed a group of four other journalists all from different Azerbaijani media outlets. They decided to inform Azerbaijani government of the upcoming trip, and put together a letter explaining the nature of their journey, the names of the participants, scheduled meetings and so on, to the authorities. The letter was sent to the Ministry of Foreign Affairs, to the advisor on international matters, then Vafa Guluzade.

For a week, there was no response. “After a week we called, asked whether our letter reached the Ministry. They told us it did, but nothing more. And so we decided to go.”

Rzayev recalls the attention they received during their visit. The group was invited to a meeting with the Prime Minister of Armenia, Robert Kocharyan. Armenian media covered it all, and the trip resonated in the media coverage at home too.

After the group returned to Azerbaijan, Rzayev, received a phone call. The person on the other end of the line introduced himself as an employee of the Ministry of Foreign Affairs. He asked for a meeting. “We met at a tea house. I told him that we had no intention of keeping secrets from our government and, in detail, I told him everything about our trip. He asked for the video footage. I talked to the guys at the Azerbaijan News Service (local news channel), and they prepared a copy of all our raw footage. After that, no one bothered us”.

Every now and then, the journalists would be invited for tea by the folks everyone assumed were from the Ministry, no one asked for their ID.

After the initial trip in 1997, Rzayev visited Armenia six more times, and once Nagorno Karabakh. The Ministry of Foreign Affairs was informed prior to each trip. A fax was sent, this time directly to the Ministry’s press department, informing the Ministry of the conference, participant lists and etc.

Other things changed. “During our first trips, our work schedule was much more open. We could freely plan our meetings, walk around Yerevan accompanied by our colleagues, and without any security.” Perhaps the course of events back in Azerbaijan was what changed the frequency and the attitude towards visits to Armenia. After 2003-2004, obtaining permissions to travel became harder; every single move was to be agreed in advance, security personnel followed you everywhere (if not to the toilets too). All of this gradually turned to be irritating, recalls Rzayev.

“During the first visits, until 2000, it was all very interesting. Back then, these kinds of trips were uncommon. They also took some courage. Later, many NGO representatives as well as journalists started traveling to Armenia. By that time, I started accepting invitations to only those events that I found interesting.”

His last visit to Armenia was in 2007, when Rzayev attended a meeting organized by the British Embassy. Unfortunately, Rzayev says, no such events are organized anymore. And so the interest has also faded.

But it is not only Rzayev who lost interest. “After initial visits, we were invited to TV channels, we were interviewed. Surely there were antagonists too towards such trips. Overall, however, the attitude was positive. I recall even the President Haydar Aliyev saying he applauded such visits and he himself received Armenian journalists in Baku. After Aliyev’s illness, and later death, attitudes changed sharply. People visiting Armenia were branded as traitors, even on the ministerial level.”

Among others who criticized harshly, was the Azerbaijan News Service, even if their journalists were among the first few who traveled to Armenia.

Today concludes Rzayev, most of the visitors from both sides consist of parliamentary members, government officials mostly for formal events, athletes, journalists and NGO representatives for international projects, competitions and various programs. “Lately, these visits are not as regular anymore. Governments of neither side are interested in them and create artificial difficulties”.

It is difficult to pin down the exact number of visits that took place following the ceasefire and after 2003. Numerous programs took place, exchange visits, journalists doing projects together, and civil society organizations hosting events. Given the overall feeling around the conflict these days - bitterness, anger, frustration - it is certain that the relations are getting stingier, and opportunities for visits, mutual projects, reconciliation initiatives are losing ground in both Armenia and Azerbaijan.

But then again, there are stories that prove otherwise. A student from Azerbaijan (the name will remain anonymous for safety purposes) visited Armenia on a school trip as part of an ethnography class last year. Remembering the trip, the student, who during the journey was introduced as an Israeli for security purposes, says that “after an hour or so of rush, scientific expertise of my passport and random blunt questions about the purpose of the visit, I was let into the country, very conveniently without any stamps on the passport. No security measures were taken or, at least, I didn’t see anyone following me around trying to protect me. In short, for the first few hours, I had this very surreal yet at the same time very familiar feeling of being somewhere in the Caucasus”.

One can only hope that one day, in the history of Armenian and Azerbaijani relations, the citizens of both countries will cross to “the other side”, perhaps for a friendly visit, curiosity trip, or for work. Today, this remains a hope. Then again, who knows what future will bring to these two countries, at present all too much surrounded by hostility.