The road to Yerevan 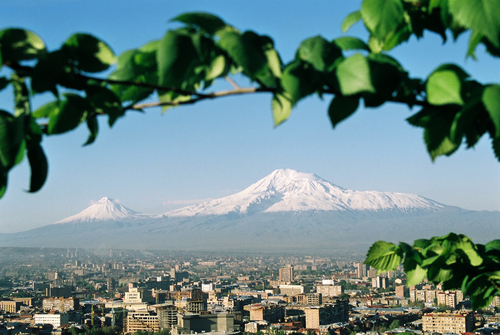 The breakthrough in Armenian-Turkish relations and the new shifts in the regional landscape. Consequences of a possible reopening of the borders on the wider South Caucasian region

The historic visit of the Turkish president to Armenia in September 2008 marked a significant turning point in Armenian-Turkish relations. Clearly, as the first-ever visit of a Turkish head of state to Armenia, Turkish President Gul's visit to Armenia was an important step success for Armenian diplomacy and foreign policy. Yet the obvious question remains: why now?

The timing of the visit and the apparent sudden breakthrough in Armenian-Turkish relations stems from two important factors. First, it reflects the fact that Turkey is now struggling with its deepest and potentially most disruptive degree of change, with a profound reexamination of the very tenets of its national identity, driven by a combination of internal reforms and external challenges. And most recently, there has been an equally significant strategic reorientation involving Turkey's role within the region and its future position in a broader international context. The depth and degree of change and redefinition in Turkey is also matched by a battle with itself, redefining itself and the very core of its identity.

Following talks held under Swiss mediation, on the 22d of April the Ministries for Foreign Affairs of Turkey and Armenia have stated that they have agreed on a comprehensive framework for the normalization of their bilateral relations in a mutually satisfactory manner. In this context, a road-map has been identified.

The second key factor in the timing of the breakthrough in Armenian-Turkish relations is rooted in the new shifts in the regional landscape. More specifically, in the wake of several months of careful diplomacy and secret meetings between Armenian and Turkish officials in Switzerland, the Gul visit to Yerevan was revealed as an integral part of a broader Turkish diplomatic initiative that seeks a greater degree of stability in the region. Within this context, this Turkish initiative was only accelerated by the recent conflict in Georgia, which not only demonstrated the need for real security and stability, but also affirmed the limits of Turkish policy in the region.

But it was the Georgian conflict that spurred a new breakthrough in talks, with an added impetus for at least opening the closed Armenian-Turkish border and offering both countries a potentially important new economic and trade route alternative to Georgia. Aside from the Georgian factor, another key to this new diplomatic opening, however, was Russia's support for such a breakthrough between Armenia and Turkey.

More specifically, Russian policy has long been opposed to any significant improvement in relations between Armenia and Turkey and the closed border was seen as a helpful way to maintaining Russian dominance over Armenia, as demonstrated by the continued presence of a Russian military base and Russian border guards policing Armenia's borders, as well as its economic dominance over the Armenian economy. But Russian policy shifted dramatically in the wake of the August crisis, with a possible Armenian-Turkish rapprochement only serving to bolster the Russian strategy to more completely isolate, marginalize and surround Georgia. Nevertheless, Russia will only remain supportive as long as the future direction of Armenian-Turkish relations remains under its control. There are also added benefits for Russia from the issue, however, such as the possible sale of electricity to eastern Turkey from Russian-owned energy network in Armenia.

For Turkey, whose decline in power and influence in both the South Caucasus and Central Asia has never been fully reconciled with its vision and aspirations, the Georgian conflict prompted a new diplomatic initiative. The so-called Caucasus Stability and Cooperation Platform, is an initiative that seeks to forge a new cooperative attempt at conflict-prevention, multilateral security and regional stability, but also reflecting a goal of securing energy export routes.

But while this Turkish regional initiative includes a new breakthrough with Armenia, including the opening of the border and an attempt to open a new chapter in relations, it also includes larger goals of engagement, with Turkey as a leader in the region. And from this larger perspective, Turkey now views the unresolved Nagorno-Karabakh conflict as a central factor to regional stability. But there is a very important difference in Turkey's strategic view of Karabakh. Specifically, Turkey no longer seeks to merely support Azerbaijan.

In fact, the new Turkish engagement of Armenia, ranging from the secret talks to the high-profile visit to Yerevan by the Turkish president, actually represents a significant shift in Turkish policy away from its traditional close support for Azerbaijan. This was most clearly demonstrated by the strong negative reaction by Azerbaijani officials to the Turkish opening toward Armenia, as Azerbaijani leaders are now gravely concerned and worried. Azerbaijan is worried that the potential for normal Turkish relations with Armenia and the opening of the long-closed Turkish border with Armenia will only weaken their position regarding the Nagorno-Karabakh issue.

Implications for Armenia: What Next?

Despite the poor record of past initiatives, the potential benefits from even the most basic and rudimentary form of engagement are clear for each country, but we can ask: what next? For Turkey, opening its closed border with Armenia would constitute a new strategic opportunity for galvanizing economic activity in the impoverished eastern regions of the country, which could play a key role in the economic stabilization of the already restive Kurdish-populated eastern regions and thus meet a significant national security imperative of countering the root causes of Kurdish terrorism and separatism with economic opportunity.

Likewise, an open border with Turkey would offer Armenia not only a way to overcome its regional isolation and marginalization, but also a bridge to larger markets crucial for economic growth and development. In addition, the commercial and economic activity resulting from opening the Armenian-Turkish border would foster subsequent trade ties between the two countries that, in turn, would lead to more formal cooperation in the key areas of customs and border security. And with such a deepening of bilateral trade ties and cross-border cooperation, the establishment of diplomatic relations would undoubtedly follow.

Thus, the opening of the closed Armenian-Turkish border could not only bring about a crucial breakthrough in fostering trade links and economic relations, but may also serve as an impetus to bolster broader stability and security throughout the conflict-prone South Caucasus.