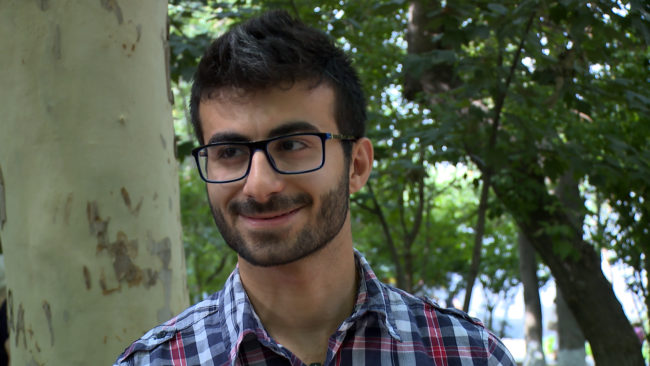 Over 17,000 Syrian-Armenians have fled to Armenia over the past five years. While many expected this to be a temporary move, they are now setting down firm roots in the country

When the Rshtuni family first came to Yerevan from Aleppo in 2012, they, like many other Syrian-Armenians fleeing the war, planned to stay for just a couple of months until peace returned to Syria.

They were part of the first big wave of refugees. By the end of 2012, already over 6,500 Syrian-Armenians were in Armenia — 4,900 had received citizenship, and 425 more granted refugee status.

‘During the genocide of 1915, our family somehow survived and settled in Syria. I am a daughter of a refugee family and now I am a refugee myself. We left everything in Aleppo: our home, property, work. My husband had his own business there, producing components for lifts, but we couldn’t bring anything to Armenia. We learned from our relatives that my husband’s factory was robbed, only the empty walls remained’, says Yoland Rshtuni.

On hearing about the deteriorating situation in Syria from the press and relatives still in the country, the family realised they would not be able to return to Syria anytime soon. 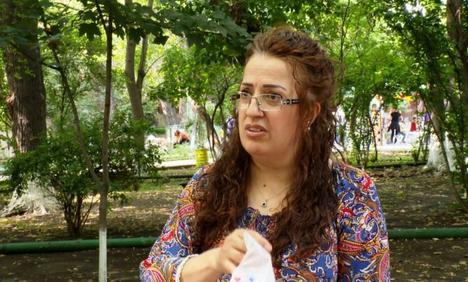 ‘We’re not used to asking for money so started to think of what work is in demand in Yerevan that could be a means of earning money’, says Yoland.

After seeking but failing to find a proper job, they decided to start a business making sweets and cakes.

‘In 2014 I took culinary courses, and today our family has our own branded products: we cook delicious, beautiful biscuits and cakes, which we mostly sell through Facebook. We don’t even have an apartment for an office or a shop in a corner. We just rent a very small house’, says Yoland.

Yoland’s husband is planning a trip to Aleppo soon, to try and sell the house that is still standing there. They want to buy a house in Armenia and open their dream shop.

Before 2011 there were 80,000 ethnic Armenians living in Syria, most of them, around 60,000, in Aleppo. According to Armenia’s Ministry of Diaspora, there are now more than 17,000 living in Armenia now, almost all in Yerevan.

‘When the first large group of Syrian Armenians came, the government immediately began to help them. No Syrian-Armenians should stay abroad and this is our goal, we are still working in that direction’, says Firdus Zakaryan, chief of staff at the Ministry of Diaspora.

‘When they came, they were sure that Armenia would be a temporary stop and they would soon hurry back. Unfortunately the war had another fate in store for them. Over time, many started doing different things, and today they have deep roots in Armenia. Many of them are thinking of not going back, and the young people don’t want to go at all, they got used to life and conditions in Armenia. Here they feel at home’, Zakaryan says.

According to the ministry, more than 500 Syrian-Armenians have established businesses in Armenia.

‘I’m sorry that I was not born here’

‘2012 was the cruelest year of my life. We escaped from Aleppo and came to Yerevan; we had nothing. I’ve left a part of my life there: my friends, my books… I have always lived in a comfortable house, and here I had to adapt to the lifestyle of a refugee. But time has healed the family’, says 23-year-old Karo Haroyan, a refugee from Aleppo.

Like many Syrian-Armenians, his family also had their own business in Aleppo, making handmade silver jewelry and souvenirs, as well as a home and a prosperous lifestyle.

‘My father is a good specialist, I help him, but I’m not a master, I deal with sales. I also have a permanent job: I’m a manager in a well-known company. We have a good life now — we even managed to buy our own apartment. I’m happy. Even if somebody tries to make me, I will not go back’, says Karo.

Karo, like many others, found it hard to adapt to life in Armenia at first. Western Armenian, spoken by much of the Armenian diaspora abroad, including in Syria, is only somewhat mutually intelligible with the Eastern Armenian, which is spoken in Armenia. Karo has now learned the local tongue. 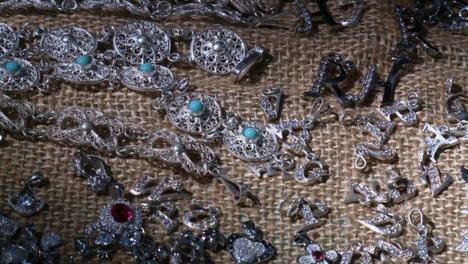 ‘We also differed in our clothes, our hairstyles, and the way we live. At first it was difficult, but Armenia took us with open arms and we never felt like strangers. I have adapted to Yerevan and people from Yerevan have taken many things from our ways as well. Now we have a nice mix’,  says Karo.

Karo’s parents think about returning from time to time, but they agree it would be better to settle permanently in Armenia.

‘My sister didn’t come with us — she works for the Red Cross. She says Syria is her home. If my parents are thinking of going back, it’s only for my sister, as they miss her a lot. But for me, there is no place better than Yerevan’, he says.

‘You know, often strangers, such as taxi drivers, when they realise from my accent that I’m not a native here, and when they learn that I don’t want to leave, they’re surprised and wonder what I’ve lost here to make me stay. They say “run away before it’s too late”. I’m not saying it’s paradise, there are difficulties, but this is my country — I’m sorry that I was not born here’, Karo says.

A new culture in Yerevan

Forty-year-old Syrian-Armenian Shant Khayalyan moved to Armenia in 2013. His story is the same: he appeared in Yerevan with nothing and looked forward to the end of the war. Today, he is a well-known soap maker in Yerevan, and does not even think about returning.

‘For three years I’ve been making organic soap. I use flowers and herbs collected from the mountains and fields of Armenia as a raw materials; the soap is based on olive oil. I also make perfumed shampoos and oils. The demand is quite wide, I sell 25 kinds of soap and 16 kinds of shampoo, and not only in Armenia — I export them to Georgia and Switzerland. I make around 10,000 pieces of soap and shampoo every month’, says Shant.

The National Small and Medium Entrepreneurship Development Centre of Armenia and the Office of United Nations High Commissioner for Refugees (UNHCR) helped Shant start the business, providing a loan of $12,000 at a preferential interest rate of just 4%. He and 110 other entrepreneurs have benefited from the program to help refugees start businesses.

Other assistance from the government and other organisations includes covering tuition costs for 400 students, waiving customs payments worth ֏233 million ($485,000) on auto imports from Syria, and assistance with housing.

‘We help them rent homes: depending on the number of family members, they receive different stipends, but our goal is not such short-term assistance’, says Anahit Hayrapetyan, International Relations Coordinator at UNHCR’s Armenia office.

Hayrapetyan says many Syrian-Armenians are successful businesspeople who have brought with them a new culture, new colour, and new ideas to Armenia.

This article was prepared with support from the FES Regional Office in the South Caucasus. All opinions expressed are the author’s alone, and may not necessarily reflect the views of FES.