Armenia struggles to adapt to shifts in regional security 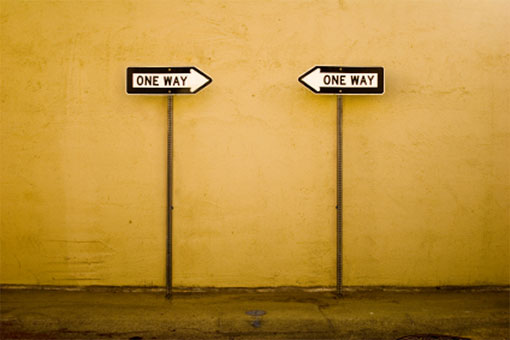 Yerevan and the NATO exercise in neighboring Georgia. The aftermath of the Russia-Georgia conflict on regional security and the challenges for Armenia

For Armenia, as the smallest and most isolated country in the South Caucasus, recent shifts in regional security have posed new challenges and considerable strains on its ability to adopt and adapt to the new security environment. Most notably, the August 2008 war in Georgia, resulted in a significant shift in regional security, as Russia was able to effectively consolidate and enhance its power and influence throughout the Caucasus.

However, the war in Georgia posed a new test for Armenia and made its position as a strategic ally of Russia more hostage to the future course of Russian policy. More specifically, by becoming overly dependent on its role as Russia's subordinate state, Armenia is increasingly unable to regain more of a balance in its security and foreign policies. In this way, the effect has been to draw Armenia ever firmly into the Russian orbit and farther away form its desire to strengthen its ties to the European Union and the United States. Such a development has also weakened the longer term Armenian strategy of pursuing so-called "complementarity" in its foreign policy, reflecting a balancing of its pro-Western aims with its pro-Russian reliance.

Most recently, this new challenge for Armenia was most evident in Armenia's belated decision to withdraw from a long-planned NATO exercise in neighboring Georgia. The Armenian decision, adopted on 5 May, to refuse to participate in the NATO-led military exercises reflected last minute pressure by Moscow, seemingly confirmed by the lack of any adequate explanation by the Armenian side, which chose to merely state that the decision to pull out of the exercise was due to unspecified "current circumstances."

Initially, the NATO exercise, which was first planned as long ago as 2007, included Armenia and more than a dozen NATO members and partner states. Each country was to have provided a force of some 1,000 soldiers to participate in drills and exercises devoted to "crisis response" activities. Despite the non-offensive nature of the exercise, however, Russia reacted strongly against the planned event, reflecting not only its opposition to NATO activities in the region, but perhaps also revealing its strategic desire to further isolate and marginalize Georgia in the wake of the August 2008 war.

In fact, it was precisely this Russian response that exerted pressure on other states to withdraw their participation in the exercise, as the Russian reaction seems to have forced Kazakhstan, Moldova and Serbia to pull out of the exercises in late April. Yet despite Armenia's close military and security ties to Moscow, the decision was a last minute surprise, as well as a sharp and sudden change, especially as Armenian President Serzh Sargsyan as recently, as 28 April, reaffirmed his commitment to "strengthening ties with NATO." Regardless of the reason or motivation, Armenia's abrupt "about face" now questions the country's sincerity and raises fresh doubts over its commitment to leveraging its relationship with NATO as a core element of its national security. And in addition to the new concerns over Armenia's ties to NATO, the decision also further questioned Armenia's ability to engage the West in general, especially in the face of such vulnerability and subservience to Russian pressure.

Even more surprising was the fact that Armenia hosted a very similar NATO-led exercise only last year, which, although boycotted by Russia, did not trigger any strong Russian reaction or response. This latest case is also revealing, and more indicative of Armenia's larger problems regarding its over-dependence on Russia. Specifically, this problem is rooted in two fundamental deficiencies plaguing Armenian independence. The first is related to the condition of Armenian independence, or more precisely, the country's growing dependence. This dependence is both deepening and destructive, and imposes serious impediments on the development of Armenia's economic, political and even military institutions of statehood.

It is within the context of this threat environment that a negative trend in Armenian independence has deepened. Specifically, this trend is the nature of the strategic relationship between Armenia and Russia. There is, of course, a natural affinity toward anchoring Armenia firmly in the Russian orbit, evident in both the legacy of the Armenian Genocide and in the proximity of contentious Turkey. It is also exacerbated by the rhetoric of Azerbaijani threats of military aggression.

But there are real limits to the net gains derived from Armenia's strategic partnership with Russia. Generally, the core limitation is rooted in the structural dependence of the relationship, as Armenia serves as less of a partner and more of a platform for Russia. An important factor contributing to this increasingly one-sided relationship has been a crucial mistake by Armenian leaders in underestimating Armenia's strategic importance to Russia while, at the same time, overestimating Russia's strategic significance to Armenia. While this imbalance has tended to distort the overall development of the country, it has also been destructive to the course of independence in Armenia.

At the same time, however, there is a deeper and even more fundamental lesson: that the imperative for real security in the South Caucasus region, as well as for Armenia, is internal in nature, stemming from several key challenges: the need for legitimacy, as the key determinant of durable security and stability, and for a new recognition that the strategic reality of the region is defined less by geopolitics, and more by local politics and economics. But most crucial is the lesson that institutions matter more than individuals for real democratization. Consequently, it is the regimes themselves that hold the key to their future. And while Western engagement is important, real stability and security depend more on the legitimacy of regional governments, and on local economics and politics, than simply a reliance on grand geopolitics.