An online revolution in the making? 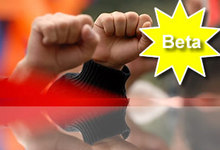 Internet penetration remains low in regions such as the South Caucasus. However, as costs come down and connection speeds increase, there is no doubt that online and mobile communication will become important tools in the hands of civil society and political activists alike

The Moldovan "Twitter Revolution," much reported on by the international media at the beginning of April, might have been somewhat of an exaggeration, but even if the short 140 character long messages sent to cell phones weren't the only tool used to mobilize protesters, they were at least indicative of how something so simple, but nonetheless so effective, could enable activists.

Of course, other precedents had already been set in the post-Soviet world. Following the 20-day state of emergency declared after last year's 1 March post-election unrest in Armenia, for example, online tools and social networking sites moved in quickly to fill the gap left by a temporarily gagged if polarized media. They also satisfied the public's demand for information during a period of significant political upheaval and chaos.

True, Internet penetration remains low in regions such as the South Caucasus, with statistics for 2007-8 putting it at just 5.8 percent in Armenia, 18.3 percent in Azerbaijan and 7.8 percent in Georgia. However, as costs come down and connection speeds increase, there is no doubt that online and mobile communication will become important tools in the hands of civil society and political activists alike.

Since last year's presidential election in Armenia, for example, the number of blogs in Armenia has skyrocketed, with estimates from new media analysts putting them in their hundreds. The same trend is also evident in Azerbaijan, and not least since the ban on foreign radio broadcasts by the BBC and Voice of America was introduced at the beginning of the year.

Indeed, with many political opponents of the Aliyev regime now forced online, Radio Free Europe's Azeri service has even started quoting their blog posts on its web site. It has also introduced podcasting - streamed audio on demand over the Internet - in lieu of the radio broadcasts the station once transmitted by more traditional means.
Yet, even if the media is perhaps too obsessed with Twitter to the detriment of other online tools, governments in the region are also starting to sit up and take notice.

Fearful that the opposition might use such tools during its current campaign of street protests in Tbilisi, for example, the Georgian government was quick to start its own Twitter channel, expanding on the slick and media-savvy approach which a European PR consultancy firm helped them develop during the August 2008 war with Russia.
Moreover, while blogs and other online tools might have been overlooked by many critics of the Georgian president so far, their potential had not been lost on others.

Human rights activist and former president of the Georgian Young Lawyers Association, Anna Dolidze, for example, was quick to establish her own blog, Resistance Georgia, following the November 2007 clashes with riot police in Tbilisi. Although it went silent in the immediate aftermath of the Russia-Georgia war, Dolidze resumed blogging last month.

"Blogs reach a specific audience not otherwise accessible for independent activists who lack resources, let alone support from the government," she told Osservatorio. "Their impact in providing alternative information is immense, and so I think that in countries where government controls influential media, like TV and radio, this is a very cost-effective and useful tool to spread information."

Nevertheless, tools are just tools, and following the example of the Georgian government, pro-establishment bloggers and activists have also gone online. In Azerbaijan, for example, Elnur Aslanov, head of the Presidential Department of Political Analysis and Information Provision, recently started his own blog, as did the Armenian president-elect last year although many suspect it was ghost-written.

Since then, fearful of the power such tools offer, government supporters have become organized and coordinated in efforts to combat sites set up by opposition or other alternative voices. The same tools have even been used to organize counter actions in the offline world. In December 2007, for example, pro-government bloggers protested an event promoting peace with Azerbaijan at a Yerevan school.

Receiving much media attention, they followed up in February by helping organize protests outside the Georgian Embassy in support of nationalist claims on the region of Samtskhe-Javakheti. And in March, they used blogs and forums to coordinate another counter action to infiltrate and disrupt a rally to promote gender rights in the country held in Yerevan on International Women's Day.

Some new media experts in the country also claim that these bloggers not only monitor blogging activity for the Armenian National Security Service (NSS), but even allege that many are paid for their services. The bloggers themselves deny the accusations. Nevertheless, the NSS announced this week that it plans to install monitoring devices at Internet Service Providers (ISPs) in Armenia as part of its new National Concept on Information Security.

Meanwhile, even international organizations have gotten in on the act with many introducing blogging training programs for opposition activists and independent journalists alike. In short, with a broadcast media still firmly controlled by governments, the online world represents the only alternative. As further sign of that, A1 Plus, a pro-opposition TV station yanked off the air in 2002, this week launched the first ever mobile video news service in Armenia.

What remains to be seen, however, is how quickly governments in the region will continue to respond to the new wave of alternative information networks now emerging online. And such concerns will be well placed if the number of readers, viewers and subscribers for alternative news and information gets even moderately close to rivaling that of the pro-government media monopoly in place.