#Diciotti, tweets, and #Albania: solidarity at the time of the web 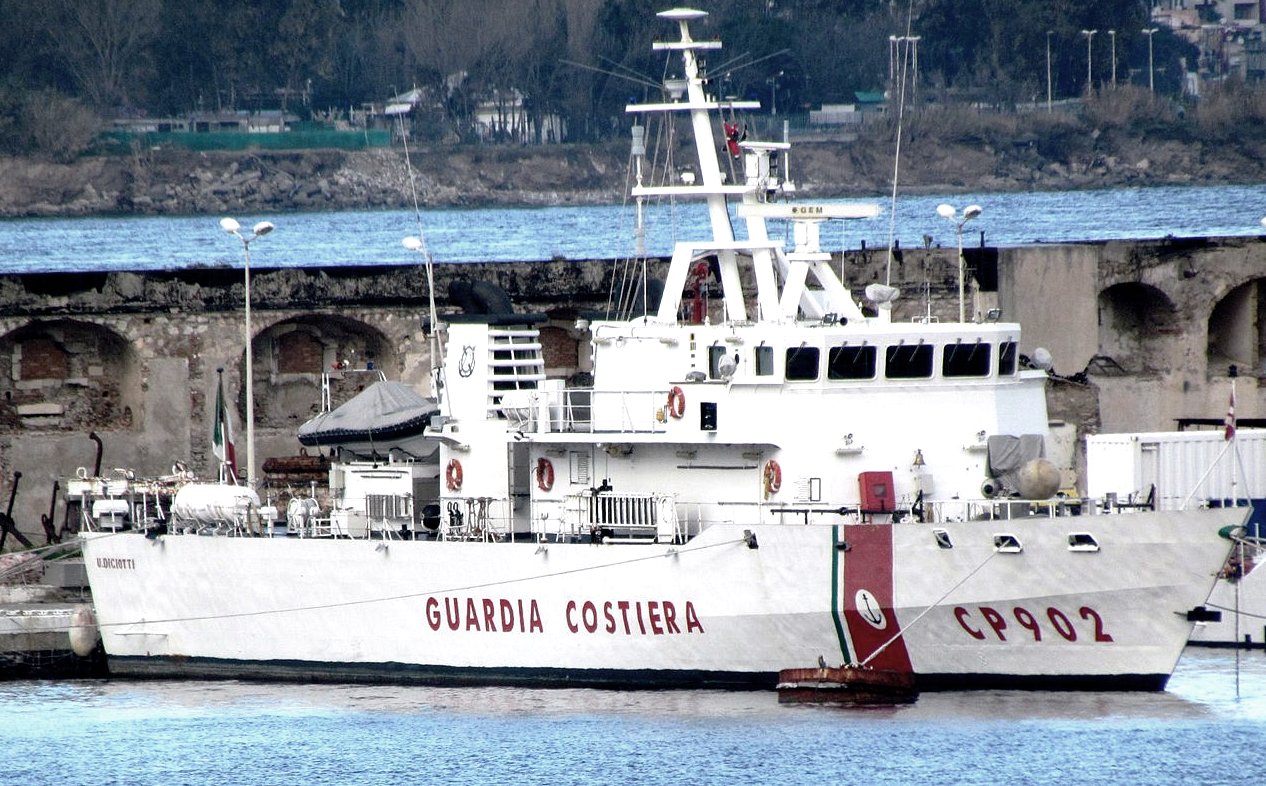 Despite tweets and announcements, no asylum seeker of the Diciotti ship has been transferred from Italy to Albania. Without their consent, the solution proclaimed by the two governments would be illegal. A comment

"Minister of Foreign Affairs Enzo Moavero Milanesi thanks Albania for the decision to welcome 20 refugees from the Diciotti ship, a sign of great solidarity and friendship very much appreciated by Italy". It began like this, with a tweet from the Italian Foreign Ministry at 6.57pm on Saturday August 25th, a story that has so much to tell about Italy, Albania, and our present.

By decision of Minister of the Interior Matteo Salvini, the Diciotti military ship, which in mid-August had recovered 177 people from Libya off the coast of Lampedusa, remained blocked in the port of Catania for five days. The landing of the 137 people left on board was finally authorised on the night between Saturday and Sunday, after some "generous" countries announced their willingness to welcome 20-25 asylum seekers each. In those same hours, the prosecutor of Agrigento put Salvini in the register of suspects for kidnapping, abuse of office, and illegal arrest. The storm was raging on social networks when the waves of hatred were broken by a thinking, supportive country – Edi Rama's.

A "socialist government" and social media

Two interviews with "Corriere della Sera", both signed by Leonard Berberi (a journalist of Albanian origin who holds a direct line with the Tirana government) explained to Italian readers the good reasons for our neighbours' solidarity: "When we were the Eritreans, 26 years ago, you Italians opened your doors to us, you hosted us, you gave us food. Today we want to return that favour, even in a small way", declared Foreign Minister Ditmir Bushati . The day after, Berberi handed the microphone to Prime Minister Edi Rama : "We have always hosted the populations in danger. I remember the Jews fleeing from the Nazis. I remember half a million Kosovars in 1999. I remember the 3,000 Iranians freed from the galleys of Iraq. I remember the Syrians who have arrived over these months. We have not lost the sense of history, we dream of a better future and a Europe fulfilled according to the spirit of the founding fathers. Leaving the EU means leaving history, changing the EU is entering the future". 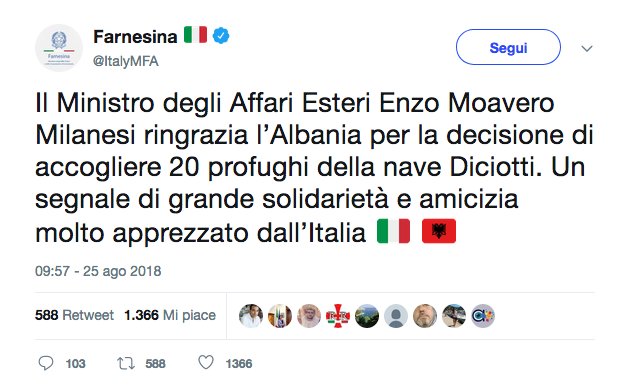 Emotion was great under the Internet's sky. And it could not have been otherwise: in shameful months for Italian politics, in a historical moment when Europeanism is a gray, moderate rhetoric for discredited elites, this afflatus of solidarity comes from outside the borders of the Union, from a candidate country which does not yet enjoy the rights of European citizenship, but which already knows its values, its duties. Edi Rama's speech on the Diciotti story is more than shareable reasoning: it is the vision of a great European leader, of a politician who has the courage to look into the eyes of the tragedy of history, of a ruler aware of the responsibility that especially those who govern should demonstrate towards the weakest.

That same morning, while on the wave of emotions I was also looking for a picture of Rama to replace my poster of Churchill, I came across this interview with Lorenzo Trucco, president of the Association for Juridical Studies on Immigration (ASGI), who pointed out that the Albanian option is "out of any legal framework" for those landed from the Diciotti. The day after, ASGI published a more detailed statement that at other times would have appeared obvious, reminding the Italian government that "the migrants arrived in Italy cannot in any way be transferred to Albania", because "the country is not part of the European Union and its regulatory system for international protection does not comply with the Common European Asylum System". Basically, according to the Italian Constitution (article 10, third paragraph), all the Diciotti migrants arrived in Italy have the right to seek asylum in the Italian state and, in the absence of a "free choice of the applicant", no national or international regulations may allow a transfer to a third country.

Five days have passed since the Farnesina tweet, and no asylum seeker from the Diciotti has been sighted in Albania. Waiting for concrete developments, Albanians are wondering what these Eritreans will do, in a country that does not know immigration and from which above all young people seek asylum as a way out (in 2018, 367,000 Albanian citizens, equal to 13 % of the entire population, have applied for the Green Card Lottery, the programme that offers a regular stay permit in the United States). By modulating the various registers at its disposal, Albanian politicians at home have not insisted on their willingness to welcome asylum seekers as much as they did on "Corriere della Sera". For instance, on Rama's Facebook page, which he uses to dialogue with domestic public opinion, on August 25th we find a selfie with Cristiano Ronaldo, followed by beautiful local beaches and condolences for John McCain, "friend of the Albanians".

On the Italian side, the story seems to be over. Salvini himself put an end to it on Twitter , with characteristic intellectual honesty: "According to the president of ASGI (Association for Juridical Studies on Immigration, financed by Soros), in order to bring the immigrants of the Diciotti to Albania we need their consent, otherwise it would be 'FORCIBLE REMOVAL'. They say they flee from war and they get fussy about where to go? INSANE". The medium is new, but the content is not.

According to the reconstruction that Salvini proposed to Albanian broadcaster Vizion Plus, Tirana did not volunteer, it was the Italian government that asked for the help of countries outside the borders of the Union. If so – not unlikely, in the light of the power imbalance – the episode can be attributed to the old subordination of Albanian governments (regardless of the tenants of Palazzo Chigi) rather than to the history of European solidarity, in this case in service of Salvini's strategy.

In any case, both the Italian and the Albanian government have gained consensus from a legally unattainable proposal, without any attention to the people involved, treated like vegetables. The "bad" actor used Albania's willingness to show that, when asked by force, the commitment of other countries arrives. To save face, the "good" actor disguised his weakness as solidarity, embodying a political discourse in search of representatives, which has the merit of accrediting him in European current affairs, just like a photo with CR7.

Granted, keeping together interests, solutions, and values is the job of good politicians and, unlike the Italian minister, the Albanian prime minister could at this juncture aspire to the category. Yet, neither has stopped a minute to wonder about the feasibility of the plan, and therefore about the human beings they say they want to help. The harsh offline truth, then, is that there was no dialogue or prior study on the matter, only an (unequal) exchange between two ministers – just enough to agree on a tweet that would bring likes to both profiles.

In both Italy and Albania, web politics is building a public arena in which there is no accountability for either bad or good words. In this sense, Rama is back to being right: Albania is a friend of Italy, and already is a European country.