Albanian crisis: after the storm 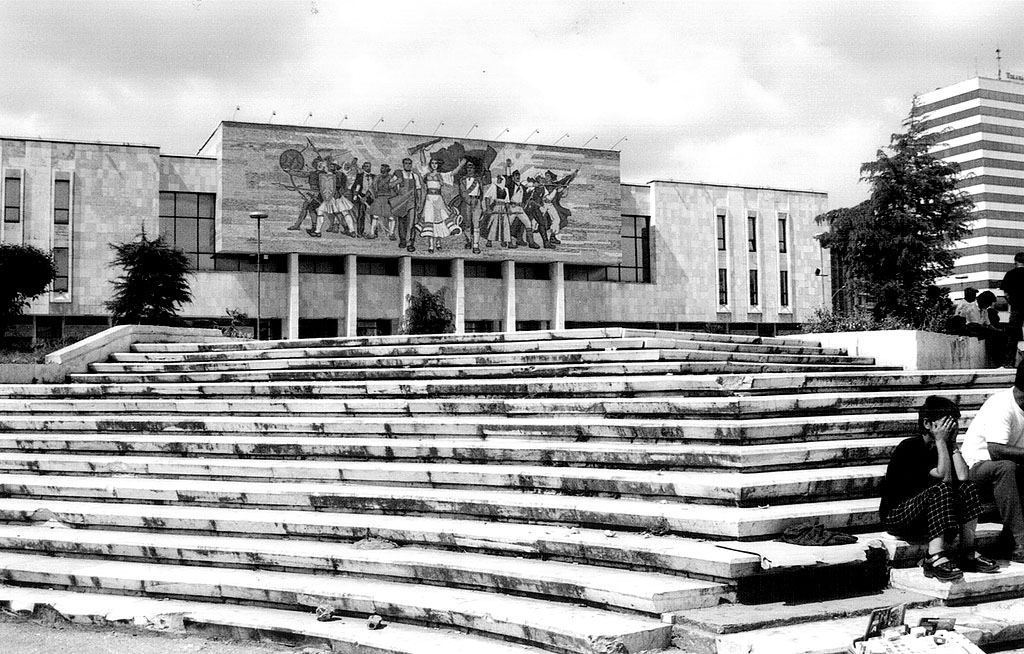 After the violent riots on January 21st, fear reigns in the streets of Tirana. Many fear a new 1997 and the return to a past that seemed gone. Meanwhile, premier Berisha and Edi Rama, leader of the main opposition party, do not seem intent upon negotiating a solution to the crisis. An article by our correspondent

Tirana is silent. Citizens try to carry on with their daily lives as before, but can hardly mask the shock and the fear. When the sun goes down, the city is deserted – all that is left of its famous night life are a few pubs and cafés where small groups of men talk quietly, with dark glances and lowered heads. Everyone talks about the demonstrations of January 21st, the three dead people, the one still struggling between life and death, the 50 injured civilians and police, the political struggle that has become exasperated in the last few days, and the future – that no one can predict, but everyone hopes will not be a new '97. You only meet few people on the streets, but the stern looks of many policemen leave you with a sense of anxiety and you instinctively hasten your pace.

“I am appalled – says Eno, a student of the Academy of Arts – I was there, taking part in the demonstration, I knew it would be long and animated, but I would never have thought it would end in such violence and three deaths. I do not think I will go to the next, although in this country you would have reasons to take to the streets every day”. A young man comes close, asks me the name of the newspaper I write for, and starts telling me about his experience. His name is Gledi, he is 23, and he studies film direction at the Marubi film school. “A friend of mine was injured, the bullet just missed his heart, it is a miracle he's alive. He had been demonstrating, because of course, after all that has happened, citizens ask for the resignation of a government that no longer represents them. At the end of the demonstration, when most people were gone, they fired and he was hit”.

“Shame on them – says a 50-year-old lady – sacrificing citizens in order to keep power. It is exactly like in 1997”. “I am extremely upset – says a young law student, Marsi – we were becoming a normal country. People my age, between 20 and 30, feel European. We have finally been included in the Schengen white list. We used to go around Europe and complain that in Brussels nobody knows us, that we are not the same as we were in the nineties, that we are much more European than the EU would think. But now, when we will meet people abroad, we will be asked about the situation in the country, if the war is still on, if we go to the disco...it is terrible”.

The rhetoric of the day after

The game is not over – this is what emerges from the many press conferences of politicians on the Albanian TV. Reciprocal accusations and martyrisation of victims coming from both political sides. Opposition leader Edi Rama, of the socialist party, declares that nothing will stop him from reaching his goal: sending premier Berisha home and organising free, democratic elections. Rama's position is accompanied by less moderate statements such as those by his ally Spartak Ngjela, who asserted his determination to continue demonstrations aimed at Berisha's ousting will go, should it take “3, 3,000, or 13,000 deaths”. Strong statements also on Berisha's side: “We will respect the law and the institutions. If Edi Rama acts like a bandit, he will be treated like one”.

Berisha's party accuses Rama of provoking the police with violent demonstrations. Both now need to deal with the death of three people. Attorney general Ina Rama issued an order of arrest for 6 police officials considered responsible for the deaths. Yet, the police refused to comply and the attorney was publicly lynched by Sali Berisha and his party, that accused her of siding with Edi Rama's “coup”. In fact, state guard officials will receive a bonus in the sum of one month's salary as a sign of gratitude by the premier, while the 17 injured officials will receive as many as four salaries.

As anticipated, the demonstration was not peaceful. Many filmed excerpts show demonstrators turning umbrellas and protest signs into primitive weapons to hit policemen, while others set fire to private cars and those belonging to TV stations close to Berisha. In turn, demonstrators denounce unjustifiable reactions by the police with many aggressions even to passers-by or in bars close to the main boulevard, and physical abuse of demonstrators. The events are too complex for the media alone to handle and premier Berisha has proposed the creation of a parliamentary committee to deal with the investigations.

In the meanwhile, he also announced the intention to organise a pacific counter-demonstration. Edi Rama replied by confirming his determination not to let go and invited citizens back to the streets on January 28th.

Tirana is back in the international spotlight and representatives of Western embassies are again perceived as unquestionable authorities able to solve the situation. “We need to ask the US State Department or the Congress to intervene", stated Sabri Godo, Albanian politician and historian. “Only foreigners can solve the crisis, as in '97”, is the opinion of many passers-by in Tirana. But so far international representatives have remained neutral and limited themselves to invite parties – so far, unsuccessfully – to keep calm and negotiate possible solutions.

The Albania of citizens

There is a lot of fear among citizens. The violence of January 21st reminded Albanians that the country's political class has not changed much since 1997 – the sadly notorious period that it took so much effort to overcome. Three deaths, dozens of injured, and the ghost of a civil war is all it takes to distance oneself from all right- and left-wing politicians. On the one hand, Berisha – authoritarian, with a past of corruption and nepotism, and a serious, mismanaged economic crisis; on the other, Rama – a charismatic politician, but inconsistent, lacking viable alternatives, and seemingly willing to instigate violence in order to come to power. Civil society is not in any better shape and is currently absent from any political debate.

However, Albanians have changed since the nineties and try to deal with the gap in active democracy through the social networks. Since January 21st, while demonstrators clashed with the police, many Facebook groups of citizens against violence have formed. In the next days some of them are organising a peaceful demonstration open to all citizens of all political orientations. The demonstration should take place around the Pyramid (ex mausoleum of Hoxha) and will consist in symbolic embraces in the square, sending politicians a message of peace and tolerance. “We do not want another '97” and “I do not deserve this Albania, do you?” are some of the groups that promote a petition to ask for the resignation of both Berisha and Rama, considered equally responsible for the country's state of crisis, for the three deaths of January 21st, and for what could happen in the next days.