Albania: the ranger of the natural park 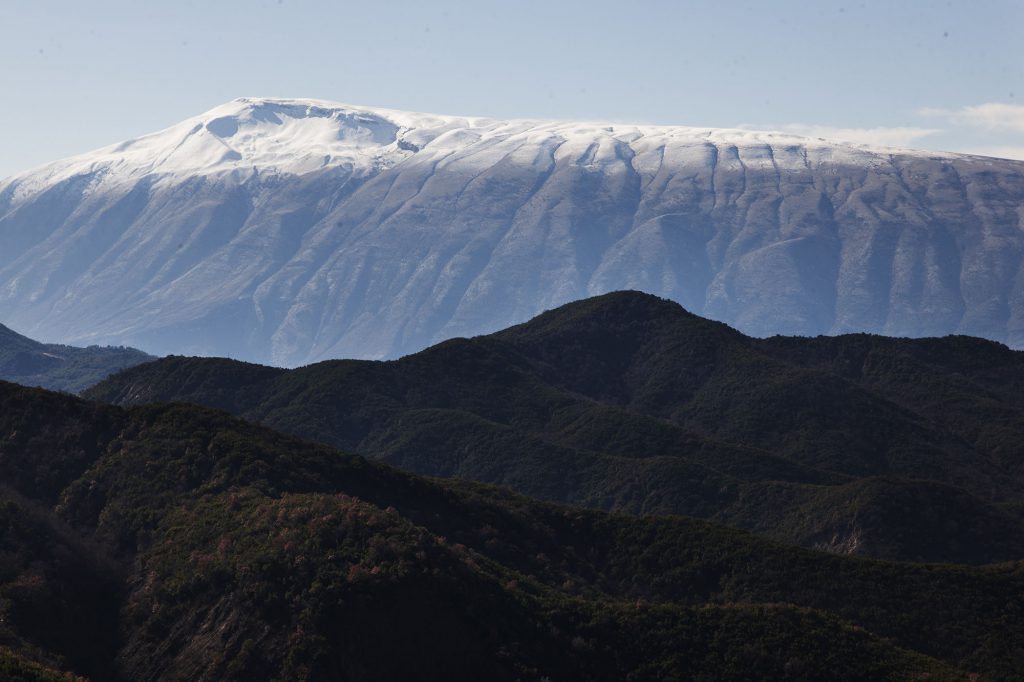 "This is my place, there is no other place I could be". Shahin, like his father and his grandfather before him, takes care of the woods. We met him in Borockë, southern Albania

(This article is part of the Dollibashi webdoc)

“Do you see those two tombs on the hill? They are my father's and grandfather's. Side by side. They asked to be buried there, to continue looking at the woods".

Dollibashi is the title of a webdoc by journalist Christian Elia and photographer Camilla de Maffei. It is the result of three years of joint work with Italian NGO Cesvi, leader of the project "Albania, travel your way" (TREC) in 2018-2020.

The project aimed to develop an integrated tourist reception system in four specific territories of southern Albania: Gjirokaster, Skrapar, Berat, and Përmet. The results were then collected on the website www.trecalbania.com .

In the Dollibashi webdoc, memories and identities are intertwined with people and places. The title refers to the Albanian term which describes the moment when you sit around a table to share a glass and chat about life. A "multi-voice" story that portrays the stratifications of a country still to be discovered. Go to the webdoc in the portal Confluenze. Nel sud-est Europa con lentezza 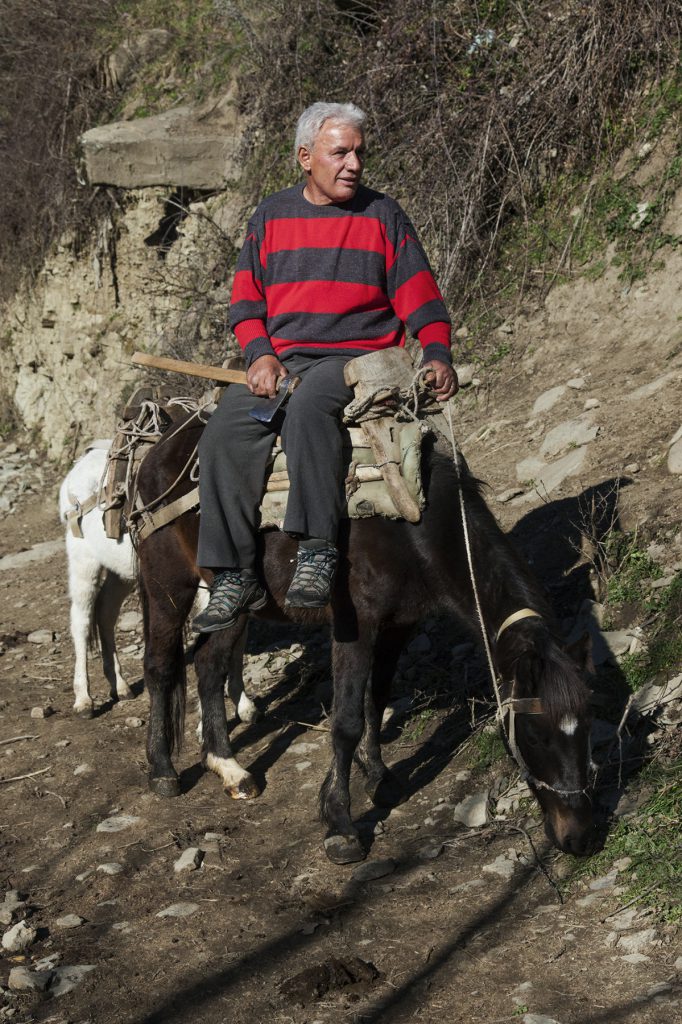 Shahin Mehmeti drinks his coffee, he seems sculpted by the sun. His wife will be serving him and the guests. “I was born in this village, Borockë, I grew up here, I still live here, and I will never go away. Like my father and grandfather, I take care of the woods. It is a family tradition, in fact we can say that the forest is part of our family".

Shahin is the ranger who takes care of the forest which has become the Dangëlli national park, but which everyone calls Bredhi i Hotoves, the Hotova fir. Here there are millennial fir trees, just over 30 kilometres from Permet, in the Frashëri region. "There are over 34,000 hectares of forest, 1,200 registered fir trees", explains Shahin. Special, huge firs, called 'Macedonia fir'. Protected for generations by the Mehmeti family.

"My grandfather was a forest ranger for 40 years, he started under King Zog and then with the Italian occupation. He had his uniform, he was very proud of it. We went through the life of this country, taking care of the woods, watching the world change from our village. During the Italian occupation, my grandfather was stopped by a patrol of Italian carabinieri. They mistook him for a wood thief: this made him furious! It ended in a fistfight, grandfather was arrested and spent two years in prison in Italy", says Shahin laughing, "but he had good memories! He was treated well, he ate and slept, and saw a little world. Then the war came, my grandfather went with the nationalists, his younger brother with the partisans. They argued about it all their lives, but in the end my grandfather was only loyal to the woods. When his knees started to give him problems, my father accompanied him. And when communism arrived, all the lands – which for a time had belonged to the local Bekteshi church, that ran two sawmills – were taken by the state and the wood became property of the agricultural cooperative of this village".

And so Shahin's father continued the work of his grandfather. "There was an annual plan: the good wood went in the production of paper, the rest for the heating and the companies that produced other things, such as dairies. And nothing was thrown away: the leaves were distilled for a precious essence. Just think that an executive's annual salary at that time was about 6,000 lek per month, and a kilo of fir essence could be worth up to 70,000 lek. It was made to be sold overseas".

Shahin grew up in those years and took his father's place in 1984. “After all, the life of rural villages in Albania has never changed much, even though many regimes have changed. It has always been a hard life, at work and in the woods. But the difference is that before, when my wife and I were young, this village was alive. There were many children, many activities at the people's house, theatre, music. Of course at dawn, before going to work, you had to listen to the reading of party newspapers, while you were still sleeping, but our village was full of life. Today there is just a few of us, the children leave, and this is sometimes sad".

Today, Shahin's work is huge. "I monitor a very large area, to prevent fires, to inventory plants and take care of them, to fight poaching. But the real challenge today is to contrast drug production. I am supposed to avoid plantations, or hiding places, it's just not that easy. By what means? My mule. With which colleagues? Still my mule”, says Shahin, ever smiling. “In extreme cases I can count on the state police, but basically I am on my own. Even if the worst period is behind us – it was the anarchy of the late nineties. Nobody paid my wages, but I kept protecting the woods. If I found people who cut trees, I offered to help them. I couldn't stop them – they were armed – but at least I could choose the trees to do as little damage as possible and I fought to put out the fires. At one point, I put dynamite on the road to prevent the passage of large trucks. It was bad: there was no enemy, it was your own people".

On his mule rides, Shahin often stops in a nice equipped guesthouse inside the park, for tourists and visitors. He makes a good coffee, sits on one of the wooden benches in the shade of spectacular trees, and takes out his wooden flute to play a poignant melody.

“Playing keeps me company. For me, the forest is that feeling of freshness, of humidity that you feel on your skin. The forest is my two favorite fir trees. And the forest is the sound of a bird, the lark. Its song is like crying. There is a legend, it says that it cries for the pain of a woman who has lost her brother. We are children of this place. In my village the forest was like a god, that we thanked when the rain came, because our village was not flooded, but only wet and made fertile by the necessary water. This is my place, there is no other place I could be".