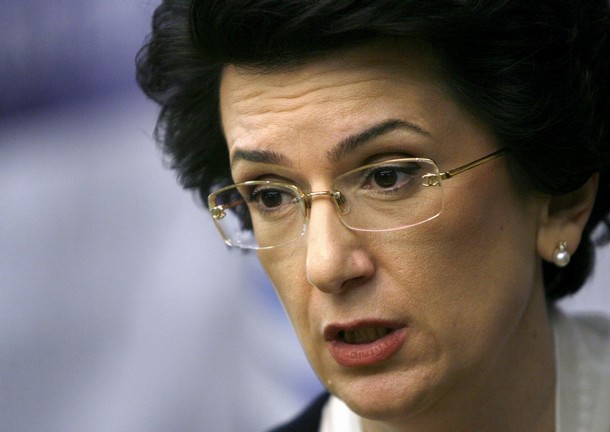 With a time of national unity over, representatives of the Georgian opposition, former allies and human rights defenders are criticizing the war and the choices made by the President

Georgian politicians reacted differently in the weeks following the "five-day war" (August 8-12). The war involved, in one way or another, large parts of Georgia, far beyond South Ossetia and the initial zone of the conflict. The government in Tbilisi has continuously appealed to the need for national unity in such difficult times when the Russian army controls much of Georgian territory. Nevertheless, as weeks passed, representatives of the opposition and other public figures started to increasingly express doubts over the government's conduct in the early August crisis.

After a few weeks of restraint, opposition officials started attacking the country's leadership and particularly accused President Mikhail Saakashvili of having distanced Georgia from what he declared as his fundamental goals when he took office: stabilization of democracy and unification of the country.

On August 8, a few hours after the conflict in South Ossetia had begun, the leader of the New Rights Party, David Gamkrelidze, was among the first opposition representatives to declare a "moratorium" on political confrontation in the country. A month later, on September 9, Gamkrelidze publicly demanded Saakashvili's resignation, saying that the situation could not be blamed only on the Russian politics of imperialism, but also on the irresponsible adventurism of Georgia's leadership. In his view, Saakashvili did not have the moral and political right to continue as the country's leader.

On September 8, Shalva Natelashvili, leader of the Labour Party, stated that in order to move beyond the current impasse, the government had to resign, and that the country needed new leadership which would be neither pro-American nor pro-Russian but pro-Georgian.

Representatives of the Conservative and the People's parties, issued a common statement on September 17, joined also by former presidential candidate Levan Gachechiladze, with four demands addressed to the government: to suspend all restrictions on private television channels, to commence an independent investigation of the events leading to war on Georgian soil, to replace the leadership of the ministries of defence and the interior, and to adopt a new electoral legislation that would effectively guarantee democratic elections.

Although the opposition did not reach a common position in the current situation, it seems to agree on two issues: the need to change the country's leadership, and the need for an independent investigation of the events that started the August 2008 conflict.

Although she frames the issue in different terms, Nino Burjanadze, former speaker of parliament, and, until June 2008, second in command in Georgia, also seems to agree on the need for an independent investigation of the August 2008 conflict. Since the "rose revolution", she has been considered one of Saakashvili's closest associates.

Burjanadze is amongst the most senior politicians in the country. She was speaker of parliament in 2001, and served as acting president both in the winter 2003-2004 and the winter 2007-2008. She started distancing herself from the ruling party and the current president in the spring of 2008. Contrary to expectations, just days before the official nomination of electoral lists, Burjanadze said she did not intend to run in the May 2008 national elections.

Soon after, Nino Burjanadze formed a nongovernmental organization, the Foundation for Development and Democracy, and she did not associate with any political party. During the crisis in South Ossetia, the ex-speaker of parliament held a moderate position and she never, not even during a series of meetings and conferences in the US, openly criticise the Georgian leadership. In several interviews, she nevertheless stated that the president should answer some of her questions of direct interest to all Georgians.

Burjanadze is convinced that Russian provocations started the conflict; however, she is not sure that everything possible was done to avoid military intervention and the resulting serious consequences for the country. In an interview for Reuters, the ex-speaker said she had discussed with Saakashvili the situation in South Ossetia before the war began, and that she had advised him to avoid provocations and not to allow himself to be involved in an armed conflict. See also Burjanadze interview for Radio Free Europe/Radio Liberty on September 16.

At this time, Burjanadze has decided to not step forward. However, many observers think she could play a fundamental role over the next months, especially if investigation into the conflict would weaken the Saakashvili's position and Georgia would face a new period of political instability.

Although political debate naturally focuses on the conflict in South Ossetia, signs indicate a more general discontent with the government and the political establishment created after Saakashvili assumed office.

A particularly important statement was made on September 25 by public defender Sozar Subari, who leads the major institution protecting human rights in Georgia. Civil Georgia, 26 September Subari emphasised the loss of territory, which was controlled by Tbilisi until the recent conflict, such as the upper Kodori gorge and the Akhalgori district, and the resulting difficulties for the Georgians living in these regions. Undoubtedly, many houses were burned and Georgian residents in these areas were either forced to abandon their homes or suffered abuse by the separatist and Russian forces. see photos by Unosat.

Subari's central criticism seems, however, to go beyond the recent conflict. Without mentioning the name of Saakashvili, the ombudsman challenges each of the declared achievements of the government and the Georgian President, and the implementation of the program that brought them to power. According to Subari, as a matter of fact, elections had been conducted undemocratically, opposition figures had been persecuted, corruption had spread at high levels, and the freedom of the media had diminished to the point whereby almost all the TV channels in Georgia are owned by the government and they broadcast only pro-government propaganda.

This is not the first time that the public defender denounces human rights abuses and criticises political developments in Georgia. In his past statements on the human rights situation, Subari had denounced the excessive use of violence by the police; the unacceptable situation in prisons, and the episodes of abuse and torture; numerous cases of political interference in the work of courts; restrictions on media freedom; and other cases of violation of human rights. Subari was especially critical of the violence surrounding the anti-government demonstrations in the beginning of November 2007, and the subsequent declaration of state of emergency. Although these statements have always been made public, the government has never responded with specific initiatives, and the Georgian Parliament decided not to review the annual report of the ombudsman in the spring of 2008, because of "lack of time". See also La Georgia sta scivolando verso l'autoritarismo?(Does Georgia Slide Toward Authoritarianism?) and Nel sovraffollamento delle prigioni georgiane(In the Overcrowded Georgian Prisons) and the Human Rights Watch report Crossing the line.

Although representatives of the ruling party say that his previous reports, and especially the most recent report, had been politically motivated, Sozar Subari is not a soldier of the opposition. Saakashvili named him ombudsman in September 2004 and the Parliament unanimously approved his nomination.

Mikhail Saakashvili has undoubtedly dominated political life in Georgia in recent years. While EU observers are arriving in Georgia, and numerous parallel inquiries (Georgian, Russian, and international) have started to examine the events of August 2008, the Georgian President might find himself forced to respond to not only issues related to the recent conflict in Ossetia, but also to other problematic aspects of his government.