At risk of extinction 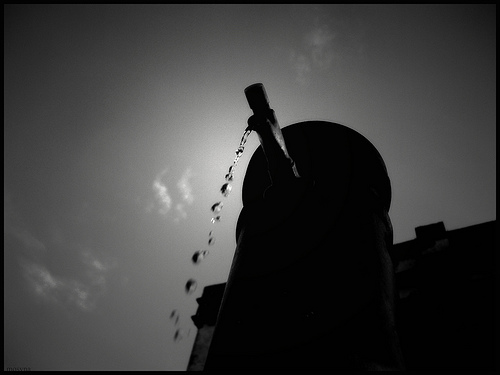 Romanian NGOs are facing a debate that is not unknown to Italian ones. Budget cuts risk to jeopardise cooperation programs as well as the country's recent participation in international development policies

Last March, the Romanian Ministry of Foreign Affairs received a letter of concern from the Romanian Federation of Development NGOs (Fond), that denounced a lack of consistency and vision in implementing the national development cooperation strategy. The casus belli was the budget being cut from 5 million euros in 2007 and 2008 to 1.9 million euros in 2009. According to Valentin Burada, Vice-president of Fond, this means no governmental funds will be granted for development cooperation projects this year (projects mostly involve Moldova, Serbia, and Georgia): "these funds were not meant for a coherent planning for 2009, but they are supposed to cover commitments taken in 2008. Practically, there are no funds for 2009". However, this is not the only reason for concern.

Budgetary cut down also meant restructuring within the MFA and the Official Development Assistance Direction was moved under the General Direction for Economic Diplomacy. "This to us was a signal that the development cooperation policy is no longer a priority on the political agenda of the Romanian government and MFA. After the restructuring, the Direction was demoted to the rank of service, and it risks disappearing altogether", continues Valentin Burada.

The lack of a financing mechanism that would allow NGOs to access governmental funds for development cooperation projects has always been an issue for Fond, but they decided to state it publicly only now because 2008 was an election year and NGOs were concerned with parties integrating the topic into their own political agendas. Moreover, the feedback that they constantly received from the MFA was that the situation would eventually evolve in the right direction, since a new draft bill, taking into account civil society proposals and solutions, would be evaluated and approved in December 2008. However, the evaluation of the bill proposal was postponed due to the change in government.

"Due to the international financial crisis, cuts to the MFA budget for Official Development Assistance reduced by 50% the funds available for cooperation projects. NGOs are not the only ones unsatisfied with this reality: there are also governmental actors that now understand it will be impossible for Romania to meet the commitments taken in the previous years, such as contributing to international and global funds", states Denisa Brand Jacobsen, Undp Romania's Project Officer for Sniecoda ("Strengthening the national institutional and educational capacity to carry out Official Development Assistance programmes/projects").

The annual Aid Watch Report shows that in most new member states, including Romania, because of limited strategic and planning capacity in the field, funds are given mostly through multilateral assistance, with donations to EU and global funds, especially to the UN system.

The Vice-president of Fond states: "This is not a bad thing, but since in Romania there is a limited capacity and the awareness on this topic is extremely small among citizens and politicians alike, we strongly believe that we should build national capacity first and foremost, including in bilateral assistance. This would have been a great opportunity for Romania to prove that it is a responsible and capable European actor...The MFA preferred to externalise the small amount of funds to Undp Romania, which in its turn hired Romanian external experts. Contracting experts could have been done directly by the MFA with a little assistance from the EU or more specifically old member states such as Sweden, Finland, Germany or even the US. NGOs also applied for European funds, and it is a paradox since the EU shows more confidence in funding Romanian development cooperation projects than the Romanian government itself."

1.35 million $ were given by the Romanian government to Undp Romania for a program meant to build governmental and non-governmental capacity of various stakeholders to implement ODA projects (i.e, governmental, non-governmental, private sector, mass-media, the academic environment), of which 110, 000 $ were allocated to six projects implemented by Romanian NGOs, all members of Fond. These projects were implemented in 5 cities between December 2008 and March 2009, and they were meant to raise awareness, especially among young people, and involve them in voluntary activities on the topic of Millennium Development Goals and ODA.

In most New Member States of the EU, Undp is no longer present or has a limited involvement in the ODA programs. This is clearly not the case of Romania. "The Undp has been present in Romania since 1972 and has been extremely valuable to the Romanian government by its involvement in programs meant to meet development challenges and raise local capacity. It is true that most EU countries have enough capacity to implement governmental projects on their own; thus, cooperating with UNDP is superfluous. On the other hand, in Romania's case at the end of 2007, this was necessary and was actually the only way that the national capacity building program could have been implemented", argues Denisa Brand Jacobsen.

FOND strongly believed throughout 2007 and 2008 that Romania's only European project as a new member state was the implementation the development cooperation policy. They now feel it is no longer the case, as they see the policy being "buried" under the lack of financing mechanisms, the financial crisis and budgetary cuts. The letter of concern sent by FOND in March has not yet been answered; now, NGOs are determined to organise a public debate where all the involved actors will be invited to participate and commonly decide on the most suitable future steps.