The caravan for freedom of movement 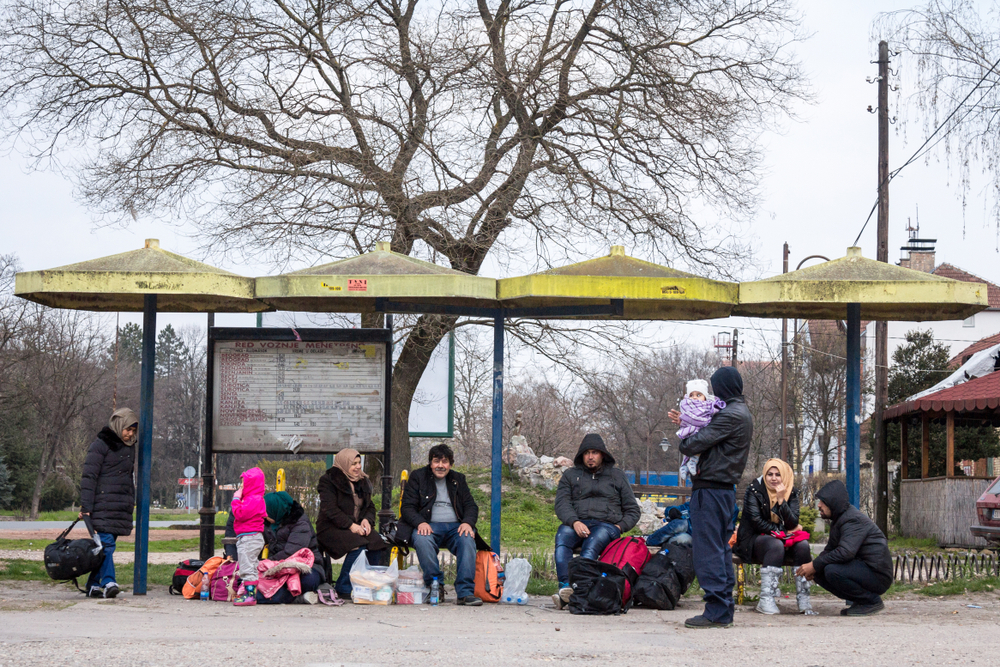 Along the Balkan route, Serbia 2016 (© BalkansCat/Shutterstock)

In Trieste, a civil society initiative focuses on the themes of hospitality, transnational solidarity, and the need to build "the anti-border"

The solidarity walk “Balkan Route Calling. Caravan for freedom of movement" is leaving on April 17 for the Pesek pass, on the Italian-Slovenian border. The day of mobilisation against the violence of the border regime will include three stops: the first at the departure in Piazza della Libertà at 12, the second around 2 pm in front of the Croatian consulate, and the third around 4 pm at the Pesek crossing, where migrants are pushed back to Slovenia – a practice recently declared illegal by an order issued by the Court of Rome.

The initiative will be an important occasion that will bring together various solidarity actors that support people in transit along the Balkan route, and will be the first stop in view of the caravan that intends to reach the Croatian-Bosnian border of Maljevac in the summer, compatibly with the easing of restrictions put in place to contain the pandemic. Despite the contingency of the pandemic, the initiative was conceived as a moment to give visibility to the issue of the Balkan route, denouncing the violence perpetrated against migrants who try to cross borders even now that media attention has waned.

Promoted by the "Lesvos calling" campaign, the caravan will bring together various solidarity groups that will flock to Trieste from all over Italy to ask for the opening of borders and the establishment of safe channels for people in transit. These organisations are engaged on a daily basis in denouncing the violence of the border regime and in supporting migrants who arrive in Italian territory after crossing the Balkans. The three sites have been chosen for their symbolic value. Piazza della Libertà, in front of the Trieste station, is a crossroads of solidarity and care. Renamed "Piazza del Mondo", in the last two years it has become a symbol of solidarity with people in transit, but also of the absence of the institutions that close their eyes to the almost daily arrival of people from the Balkan route, taken care of by volunteers of the associations “La linea d'ombra” and “La Strada Si.Cura”. Then the consulate of Croatia, to denounce the brutality of the violence perpetrated by the Croatian police on the borders, which remains unpunished. Finally, the caravan will end at the Pesek pass, the site of the pushbacks.

"We want to denounce the hypocrisy of European policies", explains Francesco, spokesperson for the Lesvos calling campaign that promoted the initiative, "to challenge the emergency approach and the emergency economy that push the European Union to finance the International Organization for Migration (IOM) and the FRONTEX agency instead of finding a long-term solution. And the solution cannot be one-off humanitarian corridors that allow a few people in vulnerable situations to come to Europe”. It is also important, explain the promoters, to open a breach in the narrative of the migratory phenomenon, which can no longer be approached exclusively in an emergency framework. There is also a need to call out the prison policies and the externalisation of borders that lock up migrants in transit camps on the borders of the European Union.

The process of criminalising solidarity with migrants continues

The caravan takes place at a particularly critical moment both for those who try to cross the borders of the European Union and for those who mobilise in solidarity with people in transit. While measures tighten to stop migratory flows with continuous and violent pushbacks to the borders against people who are not granted the opportunity to apply for international protection (thus violating the Geneva Convention), the repression against solidarity with migrants has also intensified.

In Trieste at the end of February Gian Andrea Franchi, one of the founders of the association "La Linea d'Ombra", which since 2018 has offered support and care to people in transit along the Balkan route, was accused of aiding and abetting illegal immigration for giving hospitality to an Iranian family. Gian Andrea has claimed the political character of his commitment to migrants, and although he has offered hospitality to this family completely free of charge, he will have to face a criminal trial on charges of being part of a network of passeurs who allegedly took advantage of the family.

Repression against solidarity continues on the Italian-French border as well. On March 23 the police cleared the occupied roadman's house in Oulx in val di Susa , not far from the border with France, considered the last Italian stop on the Balkan route. The Casa Cantoniera was occupied in 2018 by Italian and international activists of the "No borders" network as a way to oppose the dehumanising and violent logic of borders. The House provided refreshments and offered free accommodation to migrants who try to cross the border with France on foot, usually at night and without clothing suitable for the harsh night temperatures. In addition to giving first assistance to migrants and providing them with adequate clothing, the activists of the House kept in constant contact with the solidarity groups of the French side, who often found themselves saving people who had been lost or had ended up in hypothermia trying to cross the border. Unlike other institutional reception sites, the House was always open and a pillar of the cross-border solidarity network of the valley, which was estimated to host 50 to 100 people per day.

The so-called Balkan route, that leads from Turkey to Central Europe via the Balkans, crosses Italy from Trieste to Oulx, from the Italian-Slovenian border to the Italian-French one. Therefore it should be renamed "European route", many argue, because it goes beyond Europe. This route is only the final part of a journey that people in transit begin years earlier, mainly from the distant lands of Afghanistan, Pakistan, Iran, Syria, Iraq. While European states are building walls and militarising their borders, approaching the migration issue as an eternal emergency and a security problem, people on the move and those in solidarity denounce the damage that the border regime causes. "You cannot die at the border", reads the statement drawn up by the groups that join the caravan, referring to the serious violations of human rights that remain unpunished, as Maddalena Avon recently recalled in an interview with OBCT.

The Italian solidarity network is made up of different souls, from religious organisations to more antagonistic groups, including healthcare workers who claim the political dimension of medical care and the right to health – what the spokesperson for "La Strada Si.Cura" calls "healthcare activism". In addition to the permanent support groups such as Piazza della Libertà in Trieste and the solidarity shelters in Val di Susa, a vast network of support groups is active and branched out throughout Italy (especially in the north), which works every day for the collection of primary goods for people in transit. Their actions offer a concrete response to a need ignored by the institutions. Not only are there no public facilities capable of hosting people in transit, but there is also no fair reception and relocation plan for asylum seekers between EU member countries, which prefer to outsource the management of migrants to neighbouring countries.

In addition to being active locally, the Italian solidarity network also has a strong transnational dimension: almost all groups and collectives actively collaborate with other associations in Europe and along the route. As an activist of "La linea d'Ombra" explains, the political character of the action to support migrants "is materialised in the construction of an anti-border that in Italy ideally goes from Trieste to Ventimiglia, through a network that involves groups, associations, individuals, and collectives". However, the work of this transnational solidarity network is also severely tested by the pandemic context. The organisation of collective events such as protests and demonstrations – like the caravan itself – suffers from the restrictions put in place to contain the pandemic, that severely limit travel.

The solidarity groups have adapted to the change of scenario, fitting their strategies and actions to the context: in addition to continuing direct action, they have moved part of their activities online, also experimenting with other ways of influencing migration policies, such as for example the strategic use of the judicial system. For example, the ASGI association has initiated a legal action against Italy, managing to have the informal pushbacks to Slovenia perpetrated against migrants declared illegal . Many solidarity organisations also adhere to transnational campaigns such as “Europe must act”, a campaign to change migration policies from below, launched by a network of associations across Europe. This also gave rise to the "Cities must act", a call to solidarity involving cities, mayors, and citizens to try to relocate the people currently present in the overcrowded camps of the Greek islands among the member countries of the European Union and give them a dignified shelter.

The appointment with the caravan is in Piazza della Libertà in Trieste on April 17. To sign up and get information: act4balkanroute@protonmail.ch, while the initiative can be followed on social networks via the hashtag #Jointhecaravan