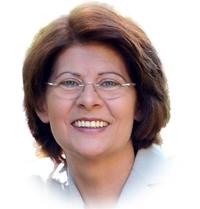 Many commentators refer to the current events in Turkey and interpret the manifestations as a sign of a vibrant youth that has internalized the values of democracy and freedom of expression.

Indeed, the protests show that it is not only the EU that criticizes limitations of freedom of expression and the media, subtle islamization and the authoritarian leadership of Prime Minister Erdogan. It is the Turkish citizens who have retained their anger about these developments for many years. The events surrounding the construction project in Gezi Parc are nothing but the straw that broke the camel`s back.

But what conclusion should we draw from the events in Turkey? Should we advance with the accession process because "many Turkish citizens share our values of democracy and basic rights," as one commentator states? Why then was Erdogan elected again and again?

First of all, accession to the EU requires the introduction of basic rights on paper. In many areas, Turkish laws and its constitution do not yet account for these rights. How can a Turkish Protestant claim his right to build a church in court, if his church does not have a legal status in Turkey and the definition of "non-muslim minorities", as stipulated in the Treaty of Lausanne, is only extended to Armenians, Greeks and Jews?

At the same time, EU accession does also imply the need to actually implement the rights that have been written on paper. The current events are a powerful proof that this is not the case in Turkey. Although the right to demonstrate is enshrined in the Turkish constitution, Prime Minister Erdogan has ordered the police to take drastic measures resulting in the death of 5 citizens and hundreds of wounded. Up until today, Alevites are forced to attend Sunni religious instruction although the constitution clearly states that "religious education and teaching shall be subject to the individual`s own will". 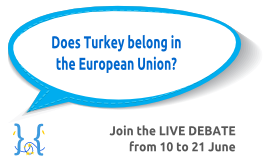 Finally, the current protests show how deeply divided Turkish society is. After all, Prime Minister Erdogan has been elected with a clear majority for the third time. That indicates, that many supporters share the values and tendencies of islamization that are represented by the AK government. While today, a female student in Istanbul demonstrates for freedom of expression, tomorrow another female student in the rural south might become the victim of an honour killing. These conflicting realities in Turkey have to be overcome. Changing mentalities takes time.

Nevertheless, the current events also show that the negotiations with Turkey up until now were not in vain. The constant support of the EU for civil society organisations in Turkey bears fruits. Social media overcome restrictions of the media. And citizens flooding the streets of Turkish cities know that the EU and the world is listening to their concerns. Whether we cooperate with Turkey in the framework of EU accession or in the context of a privileged partnership will not change our commitment to promote basic rights and freedom in Turkey and to provide financial and administrative assistance to this end. In the meantime it is up to Turkish citizens to hold the government accountable for the current events and use upcoming polls and civil dialogue to achieve the necessary change and conciliation in Turkish society. The journey is the reward!