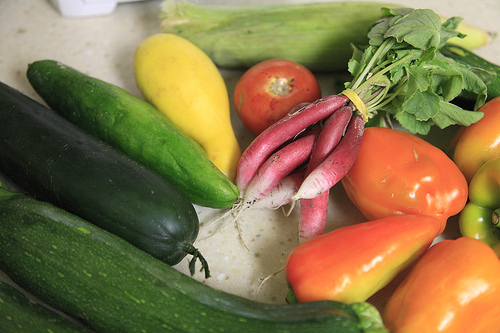 The organic sector in Bosnia Herzegovina is based on grass-roots initiatives by civil society and private citizens able to overcome institutional impasses. Our seventh report on organic agriculture in South East Europe

Sometimes civil society leaves politics behind. This is the case for organic agriculture in Bosnia Herzegovina, where the framework law in this field is stalled by the tense relationship between the Entities and the immobility of a virtually absent central state.

A framework law, based on CEE norm 2092/91 and not updated to to the more recent 834/2007, was actually approved in Republika Srpska, but only exists as a draft – thus, with no legal value – at the levels of the state and Federation.

The institutional paralysis is countered by dynamic civil society organisations and private citizens, showing growing impatience with a political class that remains stuck in artificial divisions.

The story of organic agriculture in Bosnia starts in the mid Nineties, with the creation of the "Bosnian Environmental Technologies Association" (BETA) by a group of researchers of the Faculty of Agriculture at Sarajevo University. The association promotes initiatives aimed at introducing organic principles and values. In 2000, BETA also joined a project for the promotion of organic agriculture at the regional level ('Introduction of organic farming and low input sustainable agriculture in the Balkan countries') which had been launched by the Dutch foundation Avalon in 1999.

In 2002, thanks to BETA and the support of the Swedish International Development Cooperation Agency (SIDA), the Bosnian association of organic farmers – Organsko – was founded. Today, it collects around 100 members, including producers, processors (certified and converting to organic), distributors, and experts. Between 2001 and 2005, again with SIDA's support, Swedish Grolink carries out a project ('Development of Organic Agriculture in Bosnia Herzegovina – BiHOP') that stimulated further progress in the promotion of organic agriculture among farmers. The collaboration between SIDA and Grolink was renewed in the component devoted to the development of the market for organic produce of the FARMA project ('Fostering Agricultural Markets Activity'), financed by SIDA and the United States Agency for International Development, another extremely active player in the agricultural and food sector in BiH.

In 2005, NGO LIR ("Local Development Initiative") started a project for the development of organic agriculture with the creation of a cluster for organic agriculture in the North-West of Bosnia and Herzegovina, financed by the EU through the CARDS programme. ARDA, the Regional Development Agency of North-Western Bosnia took part in the Bioadria project, financed with Interreg funds and aimed at stimulating regional cooperation between organic farmers' associations through partnerships of associations on both sides of the Adriatic. 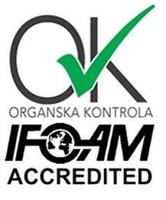 The first and – so far – the only certification body ("Organska Kontrola") was created in 2004 by the association OK, founded in 2002. OK signed a contract with IOAS ("International Organic Accreditation Service") in 2007 and has been more recently accredited by IFOAM ("International Foundation for Organic Agriculture") and ISO/IEC65 (General requisites for bodies operating in product certification systems). OK, that certifies all 39 Bosnian organic farmers, also collaborates with KRAV (the main organic certification body in Sweden) and ICEA (Institute for Ethic and Environmental Certification); it carries out inspections, and issues certificates based on EU and US norms (NOP – "National Organic Programme").

In 2009, according to the available data, the organic agricultural surface area in Bosnia was 691 hectares, with over 220,000 hectares devoted to harvesting medicinal herbs, small fruits, and mushrooms. The overall production of the 39 certified operators, working for the European market, reached over 1.3 million Euros in commercial value. However, public support is still limited and mostly based on direct aid related to the size of cultivated land and partial coverage of certification expenses.

As happens in other countries of the region, the organic sector is characterised by issues related to both supply – with local farmers often struggling to produce sufficient quantities, and internal demand – limited awareness and disposable income by consumers.

Within the Seenet II action on the development of farm-holiday tourism in the BiH mountains, lead by the Piedmont Region, besides the activity foreseen by the project related to the production of a guide to organic and traditional products from the Zenica area, as a result of the training activities held in both Bosnia Herzegovina and Italy in the first year of the Programme, a strong interest in this sector has emerged on behalf of all the Bosnian partners.

The niche bee-keeping sector – around 1% of the overall agricultural production – is an extremely interesting and representative case for some of the typical contradictions of the Bosnian food processing sector. It counts around 350,000 bee colonies (BiH Statistics Agency – BHAS, 2009), an overall production between 2,500-3,000 tons per year, few medium-to-large producers, and less than 30% of the honey sold through official channels.

Most small producers prefer selling their products in small markets and through family networks, either because they do not reach the quantities necessary for making a deal with supermarkets or because access to large distribution requires registration, improved packaging, and periodic analyses of the product.

Such a fragmented, disorganised sector, struggles to be competitive with neighbouring countries (especially Croatia and Slovenia), that cover up to 20-25% of the Bosnian market (honey imports range from 500 to 1000 tons in different years).

Despite difficulties, the sector registers some cases of excellence, such as companies (Api-Med Cooperative in Sanski Most, Admir Halilović in Sarajevo, and Amir Demirović in Sanski Most) that have obtained organic certification. The lack of public funds is especially problematic in a sector in which a few modern, competitive companies are surrounded by many small ones that cannot go beyond subsistence level production. The latter, however, despite many difficulties, manage to survive and guarantee significant extra income for the families involved.

The organic sector in Bosnia is in fact precisely based on these individual enterprises – grass-roots stories that have managed to overcome, at least in part, the confusion at the institutional level. This is the case of the 'Mushroom d.o.o. company' in Čelinac or Heljda Eko and its buckwheat flour, dyes, and honey. There are also six producers (Elmar d.o.o. Trebinje, Elmar-Aroma Care Bileća, Halilović d.o.o. Ilijaš, Roing d.o.o. Ljubuški, Anđelić d.o.o.Trebinje, and Smrčak d.o.o. Zvornik) that, thanks to USAID, SIDA, Swedish Cooperation (SIPPO Programme - "Swiss Import Promotion Programme"), the BiH Chamber of Commerce, and the Bosnian Agency for Export Promotion, took part in the "World Organic Trade Fair" (BioFach) in 2010 and 2011. There are also those who believe in investing in alternative ways of catering, like Vegehana, a vegetarian/organic café with its creative cuisine that competes with the čevapdžinice in downtown Sarajevo.