Bulgaria, anti-immigrant patrols at the border with Turkey 22/02/2017 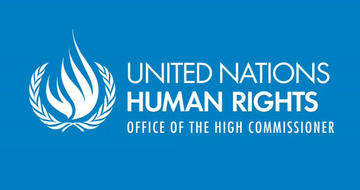 Recently, on 5 November, UN human rights experts called on the Bosnian government to investigate a smear campaign and death threats against a woman human rights defender working for the rights of refugees and migrants

UN human rights experts called on the Bosnian government to investigate a smear campaign and death threats against a woman human rights defender working for the rights of refugees and migrants.

She spoke out after an online hate campaign intensified against Ms Zehida Bihorac , an elementary school teacher and woman human rights defender. She works in the northwest of the country, in Una-Sana Canton bordering EU member Croatia.

Authorities trying to stop the flow have ordered refugees, migrants and asylum-seekers to camps, where there are few services. Since 2018, Ms Bihorac has given them medicine, clothes, food and sleeping bags and has documented their situation.

“As a result of her activities, this brave woman human rights defender has been subjected to a concerted campaign by a Facebook group who have issued death threats against her and have branded her an ‘immoral woman’ and ‘unfit to teach children’,” said Lawlor.

“Women human rights defenders taking an active role against injustice often pay with personal attacks against themselves, their profession, their families or their decisions,” Lawlor said, while adding that “These defamatory messages portray those who defend the human rights of migrants as criminals instead of recognizing their legitimate work.”

Ms. Bihorac has also been filmed, followed and verbally assaulted while performing her legitimate human rights work. She filed a complaint with the local police, but no action has been taken.

“We urge the Bosnian government to conduct prompt, independent and impartial investigations on the attacks against Ms Zehida Bihorac and bring those responsible to justice according to international standards,” said Lawlor.

It’s equally important that countries recognize the rights, needs and contributions of people on the move, she said. “Migration is intrinsic to the history of humanity, and will continue to occur,” said Lawlor. “We need supportive societies who are ready to welcome migrants, asylum seekers and refugees. People leave their homelands to escape systematic violence, persecution, poverty, lack of employment, scarce opportunities, climate change and because they have no way to live a dignified life. These are the issues we need to address.

Her call was endorsed by Felipe González Morales , Special Rapporteur on the human rights of migrants.