Solidarity with Bihac and the importance of transnational ties

A historic verdict: Italy's pushbacks to Slovenia are illegal 26/01/2021 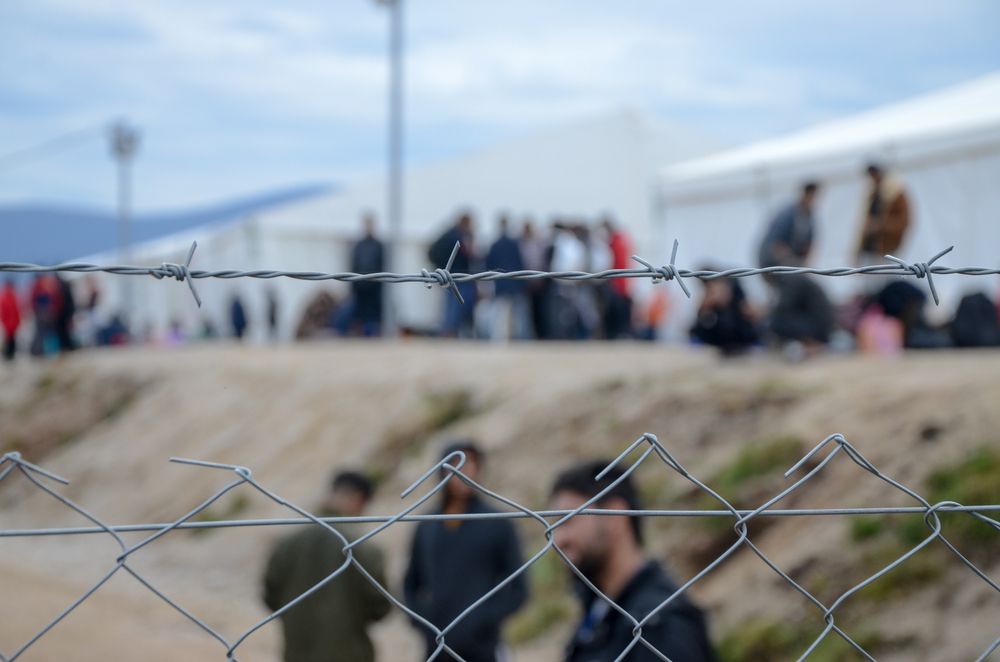 Since 2018, many associations, international grassroots movements, and informal groups have taken action to support people in transit along the Balkan route. They stress the need for networking to counter the increasingly widespread criminalisation of organisations in solidarity with migrants

For three years now Bihac, a town in the canton of Una-Sana on the border between Croatia and Bosnia Herzegovina, has been an unlivable limbo where thousands of people on the move – mostly from Afghanistan, Pakistan, Bangladesh, Syria, Algeria, Iran, and Iraq – found themselves blocked. From there, every day they try “the game”, the border crossing, to reach the European Union.

Together with Velika Kladusa, a town 58 km away, in recent years Bihac has become the new crossroads of the Balkan route, due to its proximity to the Croatian border and because the post-conflict legacy and the tripartite government structure of Bosnia and Herzegovina have made it impossible to make unitary, coherent political decisions with a possible redistribution of migrants across the country.

Over the past year and a half, the management of the camps in the canton of Una-Sana has changed dramatically. In 2018, the International Organization for Migration (IOM) intervened to create four temporary reception camps: Bira and Miral for single men, Sedra and Borici for families and unaccompanied minors. In 2020, to deal with the pandemic emergency, the Lipa camp was opened "temporarily", 25 km from Bihać (a 7-hour walk), in an isolated area away from everything, without running water or electricity. The outbreak of a fire in December 2020, following which the tents that housed people in transit were destroyed, and the repeated complaints about the living conditions inside the camp by Italian and European media and institutions, then brought Lipa under the spotlight of media attention, which however faded very quickly. During the summer of 2021, the camp was then expanded with new structures and containers, and was officially reopened on September 14, with a capacity of about 1,500 people. A number that, as many organisations present in the area declare, does not reflect the actual presence of migrants in the area, which is much higher.

Most of the people in transit in these areas, however, prefer to live outside the camps, in abandoned buildings used as squats or in the so-called jungles, informal camps in the woods or along the Una river: from here, in fact, it's easier to try to cross the border and enter the territory of the European Union.

Periodically, however, the local police arrive by bus to raid and evacuate these places, with the aim of "cleaning up the town", bringing many people to Lipa and making their attempts to cross the border slower, more difficult, and sporadic.

Since 2018, many associations, international grassroots movements, and informal groups have mobilised in support of people in transit along the Balkan route. They are made up of different and varied souls, and have a strongly political and transnational character. While some organisations have a permanent presence in the area, many others have activated support networks and temporary collaborations for mutual aid and exchange.

During the summer of 2021, collectives and groups such as Collettivo Rotte Balcaniche Altovicentino  and YaBasta  Bologna activated projects and relays to support No Name Kitchen  and Frachkollectiv  – respectively Spanish and Swiss organisations – which have been active in Bosnia for some time. As some local activists say, the reality of Bihac has changed a lot in recent years: faced with a strong emigration of the local young population, who often move to Germany, Austria, and Italy to work, there has been a growing increase in arrivals of young volunteers from different European countries, who stay for weeks but often even months. Over the years their actions have developed according to the needs of people in transit and changes in scenery: from the distribution of water, food, clothes, backpacks, and blankets in squats and jungles to the distribution of wood during the winter, the installation of solar panels to allow people to recharge their mobile phones and keep in touch with families, and projects of portable showers that give the possibility to take a hot shower to those who live in informal camps scattered around the city and its surroundings.

Organisations such as No Name Kitchen, in collaboration with the Border Violence Monitoring Network  – and the Rivolti ai Balcani  network, of which OBCT is also a part, also carry out advocacy, information, and awareness-raising actions which go beyond simple humanitarian aid and create a political debate on the border regime, on the externalisation of borders, and on the violence and violations carried out daily by border police and community agencies such as Frontex.

In parallel with these transnational networks, collaborations with local associations and groups have also been developing since the beginning of the year. U Pokretu  (On the Move), an association born at the beginning of this year on the initiative of a group of Bosnians and residents of Bihac, is opening a youth centre in downtown Bihac, in an attempt to carry out activities aimed at both local citizens and people in transit present in town. The goal is to create a place of aggregation, meeting, and entertainment both to raise awareness among the local population on current problems, issues, and challenges such as migration, sustainable development, and civic awareness, and to try to improve and mitigate the situations of conflict that often arise between locals, people in transit, and the organisations that help them.

Right from the start, the association has come into contact with the international organisations present, offering information and support to activists and volunteers and trying to create a network of collaborations and exchanges. Among these there is also the Veronese non-profit organisation  One Bridge to Idomeni , active along the Balkan route and in Greece since 2016. The latter seeks to support local actors that are more familiar with the territory and the population and can intervene more directly on the various dynamics and criticalities. In fact, planning and developing actions in collaboration with local associations can be a way to have a long-term impact, avoiding carrying out simple humanitarian aid activities that often risk becoming functional to the process of invisibility and normalisation of the migratory phenomenon.

An uncertain future for solidarity actors

While new networks and collaborations are being created, the prospects for the future of these organisations are very uncertain. According to the associations active in the area, the desire seems very clear to make the Canton of Una-Sana a hotspot area, like those existing in Greece, with the peculiarity that this would be found not within the European borders, but outside, in a logic of extreme externalisation of borders.

In the same way, the so-called "logic of the camps" seems to be gaining ground: the Lipa camp clearly represents the direction of European migration policies, increasingly aimed at building controlled and more or less closed camps, in isolated, invisible areas, distant from local citizens, tourists, and associations that offer support. Close to the opening of the Lipa camp, cases of evictions of squats and camps have been reported increasingly frequently, demonstrating the clear desire to cram as many migrants as possible within the camp.

In fact, activists, workers, and volunteers foresee that, with a view to making Lipa the only camp operating in the canton, where people in transit will be concentrated – to isolate them, relegate them to remote and invisible areas, and make the attempt to cross the border slower and more difficult – retaliation will greatly increase against both people who oppose this imposition by continuing to live in the jungles and squats and those who help them. The aim of this strategy seems to be not only to transfer people to the camps – where not enough places have been created – but also to create a hostile, dangerous, and precarious environment which acts as a deterrent for anyone trying to reach the canton.

With respect to the organisations that work in support of people in transit, various testimonies have been collected of cases of forced removal from the country with the prohibition to re-enter it for periods between six months and a year, discretionary seizure of the passport, fines, and checks on organisations that provide visas for volunteers. The process of criminalisation of solidarity with migrants and the actions of repression are in fact intensifying, in a transversal direction that – we must not forget – does not only affect Bosnia and Herzegovina, but also Italy, Greece, and other European countries. For this reason, it is becoming increasingly essential and important to weave networks, strengthen bonds, and establish relationships between the various local and international realities creating resistance and trying to propose an effective political response capable of changing and contrasting the border regime and the current European migration policies, which are increasingly rigid, exclusionary, and outsourced.

*Chiara Martini is a soon-to-be-graduated student in Politics and Social Research (LM - Work, Social Citizenship, Interculturality) at the Ca' Foscari University of Venice and specialises in Migration Studies. She is doing an internship at the Department of Political and Social Sciences of the Scuola Normale Superiore within the "Transnational Political Contention in Europe" (TraPoCo) project, a network that also involves OBCT. She has been collaborating for some years with the One Bridge to Idomeni association in projects in support of migrants in Greece and along the Balkan route