The Berlin process: actors, relations, and the transnational public sphere 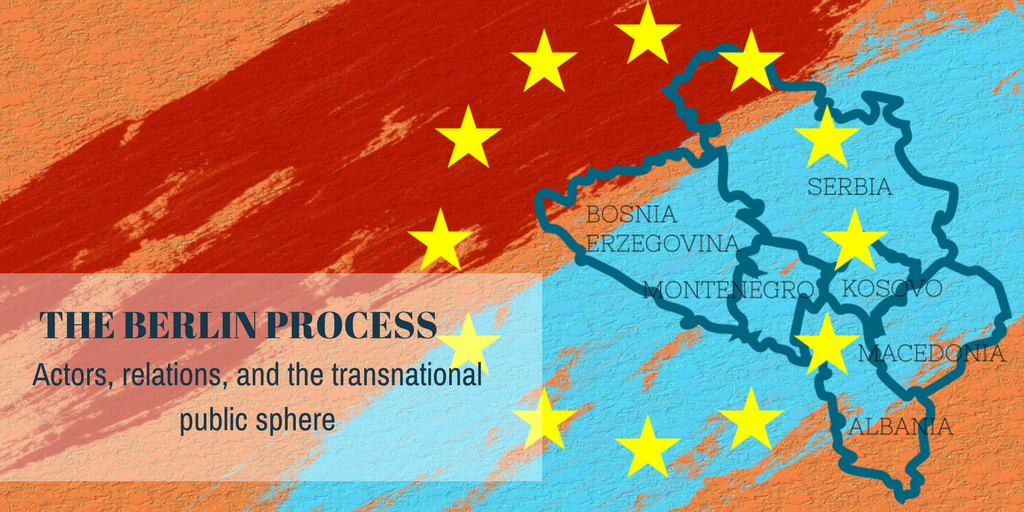 Research project carried out by OBC Transeuropa and CeSPI , with the support of the Ministry of Foreign Affairs and International Cooperation – MAECI (extraordinary contribution as per ex art. 2 of law 948/82), within the framework of the Berlin Process for the European integration of the Western Balkans. Goal: to monitor and gather inputs from the Civil Society Forum and the European think-tanks that met to prepare the Trieste inter-governmental summit (July 12th, 2017)

Coordinated by OBCT and carried out in collaboration with CeSPI, this research project aims at monitoring the political dynamics and the transnational initiatives implemented by the civil society organisations of the 12 countries involved in the “Berlin Process”, the diplomatic endeavour initiated by Germany for the 2014-2018 period to relaunch the EU enlargement to the Western Balkans.

The Berlin Process involves 6 aspiring candidate countries (Albania, Bosnia and Herzegovina, Kosovo, Macedonia, Montenegro, and Serbia) and 6 EU member states (Germany, Austria, France, Italy, Slovenia, and Croatia). After the meetings held in Berlin, (2014), Vienna (2015), and Paris (2016), the fourth summit of the heads of state and government of participating countries is scheduled to take place in Trieste, Italy, on July 12th, 2017. In parallel, civil society organisations from Italy and South-East Europe will gather and debate in the Civil Society Forum.

Taking the "Italian year" of the Berlin Process as a chance to revive the debate on the European future of a crucial area for our country and on the role transnational civil society networks can play in favour of the European integration of the Western Balkans, the OBCT-CeSPI research project will not just follow the works of the heads of state and government gathered in Trieste, but will also collect inputs from the Civil Society Forum and the European think-tanks that met to prepare the inter-governmental summit, in order to elaborate policy recommendations that can be useful for the Italian government too.

The OBCT-CeSPI research project will be presented and discussed within a seminar at the Ministry of Foreign Affairs and International Cooperation, and circulated through the channels of promoting institutes in view of the next summit of the Berlin Process in 2018.