Sunsets and the printer of Amman 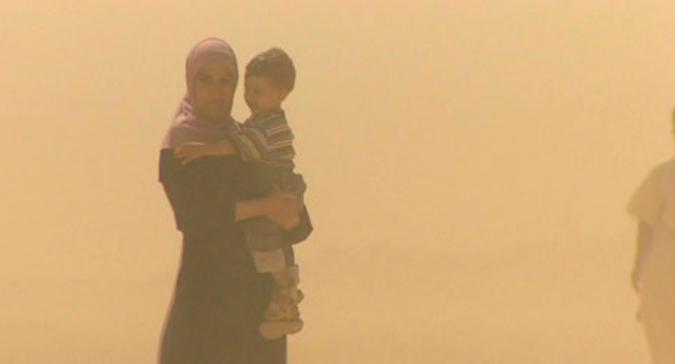 Amman is the capital of a Country hovering between remaining faithful to a pro-Western monarchy and the shock wave of the Arab Spring. A community of three thousand Armenians, a small star in the firmament of the diaspora, lives and survives the contradictions of the Middle-East. The eleventh episode of our report “From the Caucasus to Beirut”

‘There is a moment, just before sunset, when the sky of Baghdad turns so red, you just have to look at it. Every day, it’s the same thing. I was born and raised in Baghdad, but I never got used to that light”. Sevag is dozing with his elbow on the less dusty mimeograph in his typography. An Armenian flag is hanging still over his head, greasy and tired. Just like him. ‘Ten years have passed, since I ran away’. For a second, the printer’s eyes are crossed by a vital energy. ‘I would go back just to fill my eyes with one of those sunsets. But then…’ he dozes off again ‘I would leave again. There is no future for us Armenians in Iraq ’.

Home is where your lay your carpet

Jordan, a month before Christmas. The steep paths of Jabal Ashrafieh, the ‘Panoramic Hill’, are dotted with paper wreaths and colored lights. Door to the Southern Arabic deserts, root of the Bedouin dynasties, Amman is the capital of a Country hovering between remaining faithful to a pro-Western monarchy and the shock wave of the Arab Spring. A community of three thousand Armenians, a small star in the firmament of the diaspora, lives concentrated in the neighborhoods where the majority of people are Christian, way up high, where the echo of the demonstrations that fill the streets of the center every Friday is muffled.

‘Before the Americans came, Iraq was a quiet Country’. Sevag’s typography is open, but to get in, one needs to crouch under the rusty shutter. ‘The early bombings were a nightmare. But we Armenians stayed, we didn’t want to leave our homes’. Until the Second Gulf War, Iraq hosted a community of 25.000 Armenians, descendants of the genocide survivors. ‘The civil war, though, did not leave us a way out. Car bombs, attacks, abductions. When I got to Jordan, I continued doing the only thing I knew how to do, the printer. But business is not going well. My only hope is to get a visa for Canada’. Out of the 2 million of Iraqi refugees to Syria and Jordan after 2003, 5.000 are Armenians. ‘It’s always like that, you see’, Sevag strokes his stubble, ‘in war, it is the minorities who pay the highest price’.

The sky is a blinding blue. On the horizon, beyond the stretch of houses assaulting the seven hills of Amman, the desert impends like a sense of foreboding. A clear ocher universe, where only the Bedouins remain standing. On the top of Jabal Ashrafieh, in the shadow of the wall surrounding the intimacy of an Armenian church, a Christmas open market where people keep coming and going. Hagop, former president of the Armenian Club of Amman, welcomes a foreign reporter with respect. ‘The arrival of the Armenian refugees, almost a hundred years ago, was a blessing for the Jordanian monarchy. Our fathers brought new trades, technology, culture. As of today, the majority of the goldsmiths, photographers and craftsmen in Amman are indeed Armenian’. The pledged loyalty of the newcomers to the royal family was sealed when they were granted citizenship, which elevated the status of a group of refugees to that of fully-fledged members of the community.

‘During the years, the community has had highs and lows. In the ‘50s, many crossed Syria to settle in Lebanon, a Country that offered great opportunities. At the time, it was called the Switzerland of the Middle-East’. Twenty years later, those same families were forced by the Lebanese civil war to return to Jordan, refugees for the second time in two generations.

‘I remember it as if it were yesterday. Puzzled faces getting off huge American cars with the Beirut plate, filled with suitcases. Many left soon, for the United States, Africa or South America’. Another migration, another brick in the multi-faceted identity of the children of the Armenian diaspora.

The market is about to shut. While holding a cup of tea and watching the sun getting ready to fall beyond the desert, the atmosphere in the church courtyard becomes more intimate. ‘Syria will be a carnage, trust me. Worse than Lebanon, worse than Iraq. There is something bigger at stake’. As if everything that has been said up till now were only an introduction, a formality prolog, the conversation violently veers to the subject that hovers over this land and these people with the weight of a bolder. ‘This time, the United States have found a truly brilliant way to destabilize the Middle-East, they didn’t even have to drop a single bullet. They directly armed the Syrians against their own government. And the government is compelled to respond to the fire’.

The theory that behind the Syrian Spring lies an external interference is common, especially among those who perceive change as a leap in the dark, who feel vulnerable outside of the existing balance. ‘But civilians are being massacred. A government should protect their citizens’. Hagop responds coldly. ‘Why?’, he asks without even waiting for an answer, ‘Did the Ottoman government defend its Armenian citizens in 1915?’

In the night, on the Jabal Ashrafieh the desert wind blows ice on my face: one piece of ice for each doubt I carry inside of me. Where is this story taking me? I have been walking for months on the ashes of human tragedies like a shadow going on and off stage without ever being recognized. Had it not been for a scrupulous customs officer, today I would be in Damascus, evoking the ghosts of someone else. How much war have my questions gushed back? The fratricidal Iraq of the printer from Baghdad, the schizophrenia of the ‘70s Lebanon, Hagop’s cynical – though legitimate - fear of the Arab Spring, the Syrian civil war, now just around the corner from Damascus. To the North, beyond the point where the Milky Way seems to blend with its own reflection, there is Syria. Looking at this sky upside-down, the epilog is finally clear to me. This story is coming to an end. That is where it is going to end.

Whirls of sand spin in the sky, emanating a leaden light that fades the colors of the desert. Beyond the border, a shaking shadow: Daraa appears as if it were floating on the horizon. The Syrian Spring burst in the streets in early March, when a bunch of minors was arrested for writing on a wall that the President of the Republic, Bashar al Assad, should get out of the way. As is the case for all Syrians accused of political crimes, the boys were clobbered. The citizens, however, did not behave as usual. They took to the streets and set fire to the courthouse with gasoline. The explicit act of protest marked the start of the uprising.

This border has been shut for a few days. No one goes out, no one comes in. Syria looks more and more like a closed sack where violence unknown to the history of the Country is brewing. This side of the border is equipped to host the people ready to run away, paving desert stretches where the tent cities will be set. Bulldozers dance on the sand like pachyderms in love. But this land was not made for common men. Only the Bedouins can remain standing in the desert.

The plane makes sinuous acrobatics before lining up with the landing strip in Beirut. Somewhere on the top of the mountains filling the eyes looking over the East, one can find the only door to Syria that is still open. Collective taxis to Damascus depart from the Port every hour, loaded with men who are used to thinking that, for some strange alchemy, war will not concern them. Before joining them, I absolutely have to fulfill one last task. Amongst the rows of apple and cherry trees in the Bekaa valley, a woman has been waiting seventy years to see the face of her sister again. The long wait is about to end.