Beyond the Divided City (II)

The efforts of Gorizia and Nova Gorica to construct a "common city" which rises beyond divisions created by the border have resulted in cross-border service, European projects, and missed opportunities

Gorizia, 8:35 in the morning. The first bus on the urban international line; that is, the local line connecting Gorizia with Nova Gorica leaves from the Inter-modal Passenger Centre (the square in front of the railway station). The line has around ten rounds a day. Not many passengers are on board - they tell me it is always like this - because in reality there is not much need to go from one city to the other; few residents or workers need to commute between the two cities.

However, everyone recognizes the symbolic value of the line. It intersects the cities, connects the two train stations, and crosses the border (in this case Valico di San Gabriele). When this bus service began, between 2002 and 2003, the border was still an external border of the European Union.

The bus line was indeed a vanguard service. Both Gorizia and Nova Gorica are rightfully proud of it as a result of collaboration: The international line was initiated by both APT, the Italian public, urban transport company of Italy and its counterpart Avrigo of Slovenia. The service operates jointly; APT provides half of the rides and Avrigo provides the other half. A limitation of the international accord is that passengers who board the bus in Italy can only get out in Slovenia and vice versa (in order to avoid competition or overlap with the internal lines of the two cities). Overall, however, sharing the urban space seems to make the "ride" between the cities very interesting.

The "cross-border bus" is the most evident element of the two cities' will to integrate, overcome the borders, and possibly become a true "common city." Yet, many say that this remains the only tangible aspect, the only project which steps away from the past. They say many expectations had partially ended in disappointment.
Missed Opportunities
The "rhetoric of cross-border cooperation" fills documents, makes debates, and political programs, but if citizens had to evaluate the level of integration based on common public services and their quality, the appraisal would surely not be a positive one. There were important initiatives, but over time they seem to have lost instead of developing dynamic energy.

The "Cross-Border Pact", subsequently renamed the "Protocol of Cooperation" was established in 1998, as a permanent instrument of cross-border cooperation and shared and integrated efforts towards regional development. The Protocol was to be an instrument to harmonise regulations, exchange experiences and good administrative practices, and coordinate the creation and the management of mutually interesting services.

The Protocol, with rotating coordination by the involved parties, acted as a positive impulse in the first years but had lost consistency over subsequent phases. Its administrative limits resulted from organizational weaknesses of certain parties, but also because of local political choices such as the municipalities' preferences to work through their own commissions and technical bodies. Currently, the Protocol is almost inoperative. 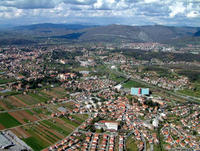 The Protocol demonstrates that there was no lack of initiatives. However, even the positive ones were often characterized by a quasi-formal rituals and poor strategic vision on how to consider the Gorizia territory as one entity, as a single system.

A good example is the "freeze" of the webpage of cross-border cooperation between the three councils of the municipalities of Gorizia, Nova Gorica, and Sempeter-Vrtojba. The website Nolismego born with Slovenia's entry into the EU, was supposed to be the online window into cross-border cooperation and activity, but its last update was on May 21 2007. The fact that it is still accessible but frozen and outdated, akin to an abandoned place, strongly indicates indifference.

Despite instruments of coordination, organizing coordination has difficulties. Financial and bureaucratic problems buried plans to install a cross-border filter (cleanser) between Vrtojba and Merna. Thus, Slovenia decided to implement it alone (also because of the need to meet European standards).

Another example of a lost opportunity for "health without borders" is the integration of the Gorizia and Sempeter hospitals. The two hospitals, no more than 300 metres apart, have for a long time had different proposals for integration of services and structures. However, very few of the numerous ideas have been carried out. According to some, this is due to lack of political will, whereas others indicate bureaucratic, legislative, and practical problems. For example, some argue that spending a large amount of public funds on such a project would be impractical when making health and hospital services more efficient would suffice and also the the hospital in Monfalcone is in the proximity. 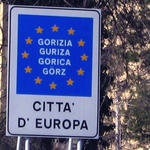 EU funding opened a way to integrate the two hospitals through a project implemented by the Gorizia health enterprise and the Sempeter hospital, within the frame of the EU Interreg Italy-Slovenia 2000-2006 program. The results were presented in June 2008 and underlined the dialogue created between Italian and Slovenian doctors, and the start of the procedure for creating a common, cross-border pool of clients. The project implementation will continue until 2013 with European funding, with the goals that every citizen receives easier access to services in the neighbouring country, and real integration of medical services is achieved.