Beyond the Divided City (I) 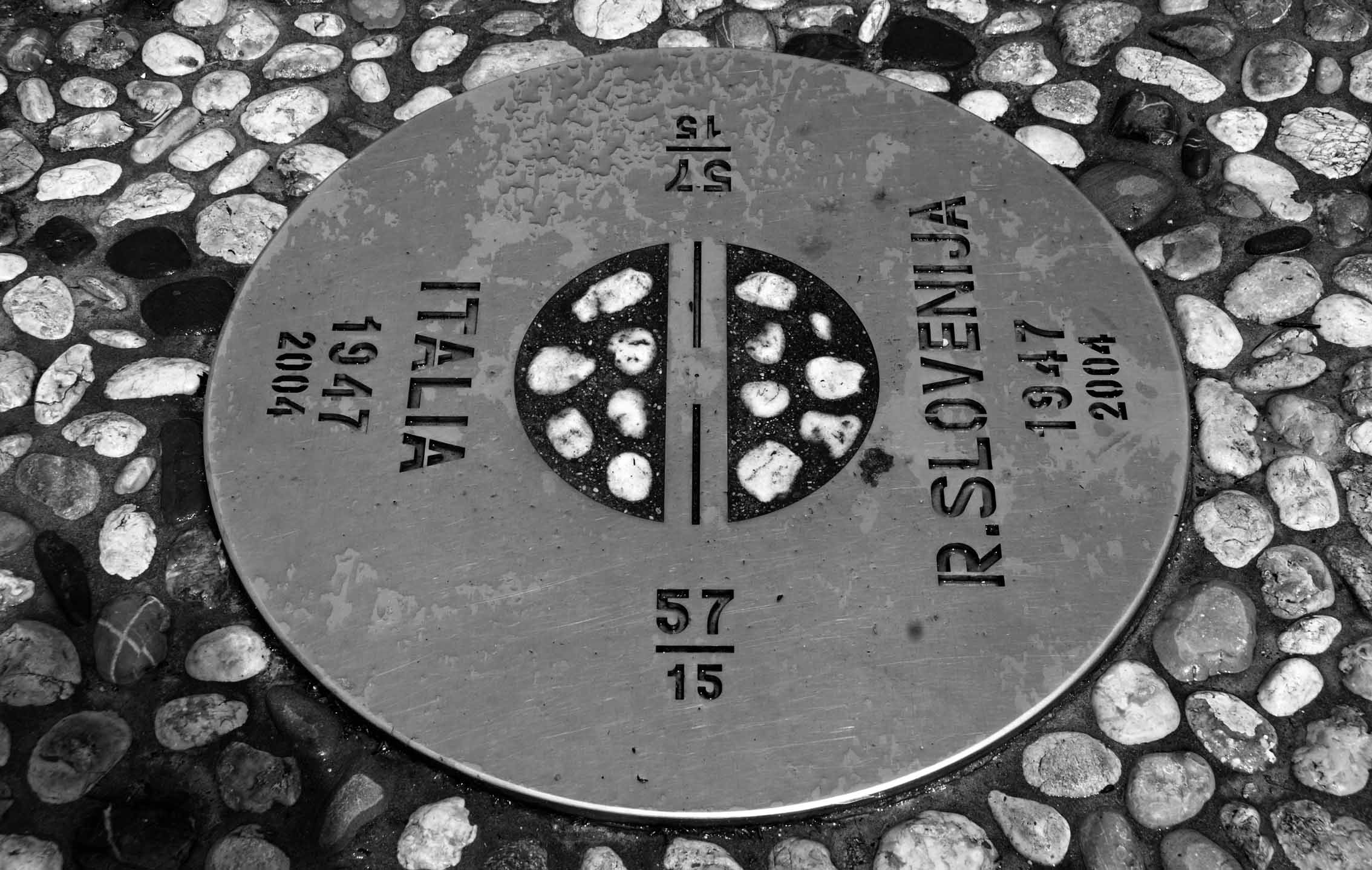 Although separated by the Iron Curtain, by turning themselves into a testing ground, Gorizia and Nova Gorica have over the years become a symbol of integration. How does cooperation proceed after the fall of the border? The first of three articles

"Whoever argues that the fall of the border has changed nothing in Gorizia, should go and ask those who had the border in their home, land, or even in the middle of their yard." Says Marko Marinčič, provincial official assessore provinciale of Gorizia, concerning the widespread view that what happened on 21 December 2007, that is, the definite fall of the border between Italy and Slovenia, with the latter joining the so called "Schengen area", did not change much in the city which had been divided for years by a, widely considered, unnatural border.

There is in fact the inclination to underscore that essentially this has always been considered - in the times of Yugoslavia - the most open border along the entire Iron Curtain. Moreover, beginning with Slovenia's independence in 1991, and above all with its entry in the EU on 1 May 2004, the border transformed, at least with respect to cross-border exchange, into an increasingly permeable confine and an essentially open door.

Gorizia and Nova Gorica have hence made themselves a symbol of European integration and overcoming of barriers, positing themselves, also in a strategic perspective, as a space of encounter and exchange, not only between two cities or two countries, but also between two previously opposed worlds.

It is significant that on the night of 1 May 2004 it was Piazza della Transalpina which was chosen for the celebration of Slovenia's entry into the European Union; by a joint Gorizia - Nova Gorica organized festivity, attended also by then President of the European Commission, Romano Prodi. The symbolic message was that the building of Europe which could eventually succeed in uniting its two souls, the Western and the Eastern, could begin in the divided city.

With the definite fall of the border it is the very idea of border which changes. Not only a line created by international treaties and political-administrative relations, but also by many everyday occurrences which reinforce connections between people and between people and urban spaces. One should look at Gorizia and Nova Gorica which have become a place for exploring cooperation, and a benchmark for assessing its real progress.

In this sense it is interesting to note that 1 May 2004 remained imprinted in the memory of the people from Gorizia, whereas 21 December 2007 passed almost unnoticed. And for months after the definite dismantlement of the border, the two communes did not organize anything significant to commemorate this historic event. Everybody remembers the demolition of the small wall on Piazza della Transalpina and its replacing with a mosaic, to celebrate the end of the border and Slovenia's entry into the EU. To the contrary, no need was felt for a similarly festive commemoration of the Schengen enlargement.

This only confirms the general impression deriving from observing Gorizia where paradoxically the ideal drive for cooperation and unity between Gorizia and Nova Gorica seemed greater when the border was there. This impulse was stronger in the past and it used the border as a resource.

Gorizia had lived a period of great intuition in the '60s, by being on the vanguard of reflection on the relations with Eastern Europe, and by acting as a direct counterpart for whomever, also from nearby Yugoslavia, who wanted to engage in a dialogue and to construct avenues for dialogue, beginning naturally in Nova Gorica. In this way, by virtue of the will to surmount that border by many thought unnatural, an extraordinary period of pioneer efforts to construct a common vision for the future commenced. It was encouraged by enlightened mayors such as Strukelj and Martina; great institutes of culture and research were created in Gorizia, (such as the Centro Studi Rizzati, Institute for Mid-European Cultural Encounters, Institute of International Sociology...); including great ideas of people such as Darko Bratina who, together with others, worked on a humane and cultural re-composition of the city.

Gorizia seemed almost torn by the post-1989 events and it didn't succeed in capitalizing on what had been achieved over the previous decades, and in transforming the grand ideas in specific projects. "It was almost like Gorizia needed the border", says Marco Gruvosin from the Institute of Mid-European Encounters. There is a sort of a dual process, parallel and complementing, which emerges from conversations, observations, and meetings; it seems to diminish the need for cooperation: if once there was almost an "urgency" of cooperation and dialogue in order to retrieve urban spaces, affiliations and sentiments, now the fall of the border acts almost like an alibi for "not thinking about any more", since it is no longer a problem. At the same time the growth of young Slovenia and the general increase of economic competition on a larger, global, scale, has set off local authorities into a process of competition rather than cooperation, whereby development is seen as a process where national, legislative, and economic differences are perceived as instruments of one's own, individual progress.

Subsequently, the idea of a "common city", already used in the 1990s as an counterweight to the idea of a "divided city", did not find a specific implementation in projects and realizations which were thought would come unhindered after Slovenia's independence and especially after May 2004.

The inauguration at the end of 2002 of the cross-border line of urban transport had raised great hopes of other possible projects for common urban services; however this line still remains the only tangible element of the possibility of integration of the two cities.

What is most striking is that both cities utilize the "rhetoric of cross-border cooperation", a principle which is widely shared but which often remains on paper. Thus, also the promotion of important projects such as the meeting of 40 mayors from along the border or the so called Gorizia Map (which provides for a special status of cross-border cities) has not managed to achieve substantive results beyond talk and declarative statements.

The same can be said about the Cross-Border Pact (to be discussed in the next article), designed to increase the permeability of the border specifically by means of shared planning and intervention and provision of services which will favor cross-border integration of the population.

If on one hand it is important to look favorably on what has been achieved thanks to European policies ad funds, on the other hand it is clear that this can not be the only instrument for implementation of common policies.

It could be argued that at times cross-border cooperation seems to be going backwards rather than forward. Some believe, as already mentioned, that there is an aggravated economic competition which spurs individualism rather than sharing. In the confined territory of Gorizia this risks to create a trend of petty antagonism which would hamper not only international and cross-border relations, but also internal ones (for example between the Commune and the Province of Gorizia, or between Gorizia and Monfalcone).

There are mega projects in Nova Gorica which demonstrate this race for growth through initiatives aimed at developing "appeal" designed in an isolated way. They involve the idea of a grand new casino, a project now suspended, but which is still wanted by Hit. Or a museum of aviation which plans a gigantic pyramid (tallest in the world, as it is said, 1 cm taller than the Cheops one), complemented with both open and indoors amusement parks, fitness areas, and university space.

The Province of Gorizia has given only an informal account of this last project, but it is easily understood what an impact this could have on the cross-border area.

Some argue that there are certain cultural standards that cannot be surpassed. On one hand there is the political-administrative culture which lacks strategic vision and runs ad hoc operations. For example, Gorizia has three universities, among which the one in Nova Gorica, which work independently from one another. On the other hand there is the culture of partisanship which, in order to distinguish itself, denies the merit of projects done by other administrations; as it happened in Gorizia, during the last celebration of 1 May different places were selected (the Casa Rossa Red House instead of Piazza della Transalpina), as if places had particular attachment to a political party rather than the overall community.

The problem of culture however is also a problem of generation and motivation. During its years of intellectual ferment and cooperation, Gorizia had intellectual references in Yugoslavia and some other countries in the Soviet block which at the time were great representatives of a certain historic reality, but who are in some way outdated at present day, not because of devaluation of their ideas but simply because they are symbols of another era. Today it is difficult to find and identify new counterparts who would represent the new society and who could interpret the elements of change. In Gorizia and Nova Gorica there is the need of new innovative cultural actors, but the potential new counterparts move in different networks, which are not the same one from the past and which look toward other more distant, global, worlds for networking.

Hence, in order to comprehend and manage the dynamic of Gorizia territory after the fall of the border, the right equilibrium needs to be found between the everyday local construct and the common affiliation and cohabitation, and the joint embeddedness in networks which exceed the strictly local dimension, but which ideally represent the continuation of the rich historic tradition of cross-border cooperation in Gorizia. The idea of Europe, Mid-Europe - to use a term which is dear to Osservatorio sui Balcani - is perhaps the idea that it is possible to find a new force to contrast both the exasperated sense of "the new" which makes one run without thinking, and the fears which the fall of the border brings.