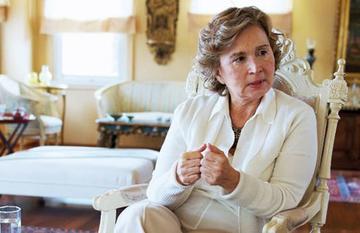 Following the coup attempt on July 15, detention warrant has been issued for 42 journalists including well-known journalist Nazlı Ilıcak, who had been supporting the government for a long time but has adopted an oppositional position following the split between AKP and the Gülen Community.

The Gülen movement is a transnational religious and social movement led by Turkish Islamic scholar and preacher Fethullah Gülen.

Previously the group was accused of attempting to overthrow the democratically elected Turkish government through a judicial coup in December 2013 by engaging in illegal wiretapping, blackmail and issuing threats. Investigations into the group are continuing.

Currently the group is being accused of leading the military coup attempt on July 15, 2016.

According to the report of the state-run Anadolu Agency (AA) custody order has been issued for 42 journalists within the investigation launched into Gülen Community upon order of İstanbul Bureau for Terror and Organized Crimes Vice Chief Public Prosecutor İrfan Fidan.

According to the report of Toygun Atilla from Hürriyet daily, İstanbul Police Department assuming that Ilıcak who was not at home could be in Bodrum has contacted Muğla police.

According to state-run Anadolu Agency (AA) detention warrent has been issued for following journalists:

According to Doğan News Agency, the journalists  Yakup Sağlam, İbrahim Balta, Seyit Kılıç, Bayram Kaya and Cihan Acar have been taken into custody.