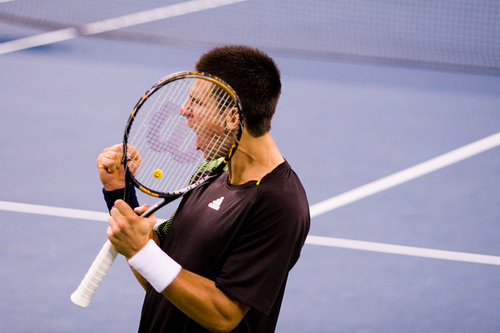 Milosevic, war, the Kosovo issue: Strongly negative images associated with Serbia since the 1990s. Now, an unavoidable task is (re)branding the country. Sport and culture slowly change some things, but institutions still struggle to elaborate a consistent strategy

Last summer, the Serbian Ministry for Trade and the Ministry for the Diaspora issued a call for proposals for consulting. The mission: elaborating a strategy to improve Serbia's image. In marketing terms – (re)branding the country.

Until recently, Serbia has been regarded as an unsafe destination or associated with wars, international economic sanctions and poverty. Today, the country's image has not improved much. A better image requires time, and – even more important – requires a clear strategy and clear goals. Work has mostly focused on changing Serbia's image at the political level. Diplomatic circles no longer regard Serbia as a politically unstable state, but rather as a country “guaranteeing stability in the Balkans”. This crucial step has not been further developed.

Developing a brand for a country is not easy. The difficulty lies in finding “something” distinguishing Serbia from other countries, the one or more features automatically associated to a name. Why is branding important in times of crisis, frustration, and serious social problems? Two words: economy and investments. For a better position in Europe and the world, for effective lobbying in the country's best interests, and – last but not least – to relieve Serbia of the stigma from the 1990s.

Marketing experts say that a unified message is the most important element in a strong brand. What message does Serbia need to transmit today? What is “Serbian”? And, does this message really need to be something so very specific?

The CNN network has many advertisements promoting countries. Some promote tourism, others emphasise investment opportunities and still others highlight history and traditions. All of Serbia's neighbours advertise on CNN. Some advertising seem to have been conceived by someone's wildest fantasies. On the other hand, they have been created with the very goal of changing a country's image.

Serbia is not present. Belgrade paid for a promotional campaign, but the international advertising experts broadcast a spot combining footage from other countries. After some repetitions, the spot was cancelled, and the attempt to change Serbia's image failed miserably.

The post-Milosevic governments have not tried to elaborate a strategy to promote the country. For Vojislav Kostunica, marketing has always been something alien and hostile, as everything else Western. Apparently, the ex-premier only wanted the world to remember that Kosovo belongs to Serbia. Yet, he never seems to have wondered how Serbia could possibly win a diplomatic battle if the country does not enjoy a good reputation.

Current premier Mirko Cvetkovic, whose name is little known even in his own country, is troubled by other problems – the worst being how to ensure the government's survival until the end of the term.

Until the government understands that economic crisis make branding even more important, this task will remain neglected. Until ministers understand that investors will not come unless they are offered something better than in other countries, a promotional strategy will not even be drafted.

So far, some individuals and organisations have recreated the country's brand. Tennis stars Novak Djokovic, Jelena Jankovic, and Ana Ivanovic currently represent the Serbian brand without any state investment. Djokovic even brought a tournament to Belgrade, doing more than all local PR experts. Athletes have historically been the best export. Dejan Stankovic and the national team's soccer players scattered around Europe bring recognition of this small country as a pool of talent.

The Exit music festival in Novi Sad has also become a trademark that benefits both Vojvodina's regional government and Serbia. The transformation of a pioneering enterprise into one of Europe's most appreciated music festivals was accomplished almost autonomously, with only the – though increasing – support of Vojvodina's government. The rest of Serbia has not been as fortunate. The Guca trumpet festival enjoys special interest in Slovenia, but it is not an established brand as Exit.

Another important element to be considered is word of mouth. Belgrade's wonderful nightlife is known all over Europe, with tales of boats turned into clubs on the Sava and the Danube. Tourist guides present Belgrade as the right place for extreme night fun, offering everything for everyone – and yet more.

Hollywood actor Gerard Butler may certainly confirm that after shooting a film for weeks in Belgrade. After spending each night in a different place and being fed – allegedly – the traditional “light” Serbian diet (cheese, meat, kajmak, meat, meat, and some more meat) he had to be urgently administered IV fluids, though medical reports will never officially confirm such rumours.

Thus, nightlife spontaneously turned out to be Belgrade's brand. Only later did the city's administration and tourist promotion agency understand this could prove a marketing tool.

Luckily, though, Americans are also in Serbia. Their governmental and non-governmental organisations have long seen the country's selling potential and instructed local partners on how to promote Belgrade and Serbia on travel magazines and advertise (until something better comes up) the people's hospitality and openness, entertainment opportunities, affordable prices and, believe it or not, women's beauty.

Americans, however, did something much more pragmatic as well. More and more Hollywood films use Belgrade and Serbia as locations. Studio infrastructures are still in good conditions with many talented professionals. A government facilitating filming by ensuring easier and quicker international productions would be a winning combination.

That would not be enough for promoting Belgrade and Serbia but would be a step in the right direction.

Branding Serbia will be a task for the previously mentioned consultants; of course, as soon as the government defines a strategy to promote the country.