Health and corruption in Serbia

Informality and corruption in Ukrainian University 28/11/2016 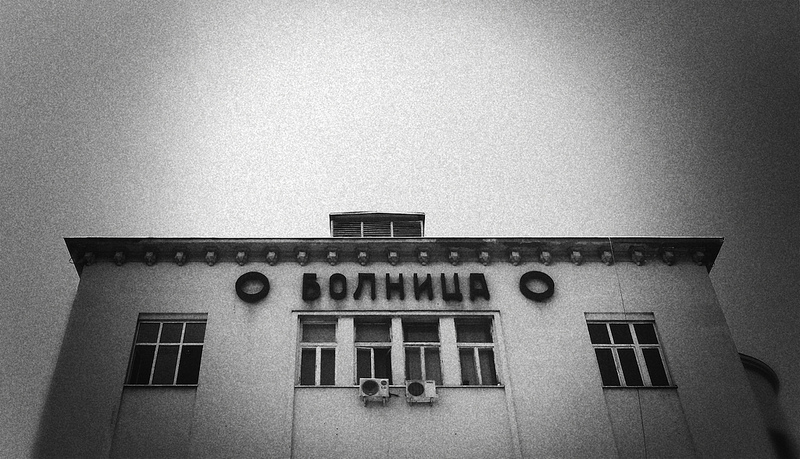 A frame from the Goran Marković movie "Variola Vera", 1982 (vermegrigio/flickr)

A young woman wrote to Osservatorio to denounce the treatment her Grandmother was subjected to in the Serbian healthcare facilities. Her letter tells of requests for money, humiliating treatment and working negligence

Jelena, Sanja's Grandmother (the names are made up), lives with her husband in a small town in Eastern Serbia. In the spring, Jelena starts feeling sick, probably due to a kidney dysfunction, and is admitted to the X hospital. This is a place known for its 'hygienic and moral decadence', as Sanja describes it in her letter. And so starts the painful story that forced Jelena, Sanja and their family to measure themselves with the serious problems that affect the Serbian health system.

Sanja and her family do not live in Serbia and cannot manage to immediately reach the sick Grandmother. So, for an entire week, Jelena is alone in facing the difficulties of her hospitalization. During the first few days, her relatives relentlessly try to get in touch with the hospital staff, hoping to understand the old woman's health conditions. The doctors, however, do not answer the phone and there is no way to know what the diagnosis or the prognosis are. It is only because of the providential visit a neighbor pays to the woman in the hospital that the family comes to know that Jelena will probably have to start dialysis.

A research conducted by the Anti-Corruption Agency, Serbian Republic

1. 'Has anyone ever persuaded you to pay kickbacks to speed up, or even transgress, procedures?'

2. 'If you have experienced such situations, how did you react?'

60% I gave what I was asked, because health is the most important thing

34% I never gave anything, I always turned a blind eye

6% I had a different reaction

3. 'How often do you give gifts of various nature to healthcare personnel?'

4. 'Have you ever filed a formal complaint on the work of the personnel?'

19% No, because I had neither the energy nor the time

29% No, because I do not believe my complaints will change the situation

49% No, because there was no reason to

After many attempts, the family finally manages to speak to the doctors who are treating Jelena. They confirm the diagnosis, but state that they do not have the necessary resources to start the hemodialysis and suggest the old woman be transferred to a private clinic in a small town nearby. 'We refused', writes Sanja in her letter.

It is by now clear that it is useless to discuss over the phone, and so Sanja's brother decides to go to Serbia, where he meets with the concerned doctors. The meetings are not cordial: on the contrary, they are hostile and often surreal. One of the doctors makes a veiled request for “some money” to keep Jelena in the hospital and make sure the necessary treatment is provided with no obstacles. Sanja writes: 'Needless to say how the behavior of the doctor to whom my Grandmother referred to changed once he was “paid” […]. Along with the willingness of the doctor to supply information on my Grandmother's conditions and the treatment she would eventually need, we were guaranteed utmost attention by the doctors, clean sheets and other “courtesy” behaviors of this kind'. Soon after, Jelena undergoes surgery to insert the catheter needed for dialysis. The operation, though, does not go well and causes considerable damage to the woman's arm.

At this point, the same doctor who had been given the kickback by Sanja's brother tells him that the only solution is to transfer the patient on an ambulance to the Y hospital in Belgrade, paying an undefined sum, to be given “underhand”. But there is more: the doctor points out to Sanja's brother that it would be better to “pull some strings” with some surgeons at the Y hospital so that they could be available to perform the surgery. As if this were not enough, the doctor puts forward a very unorthodox request: Sanja's brother should find three people willing to donate their blood “on behalf” of Grandmother Jelena. This means that the woman would not get any transfusion, not even in an emergency, if three donors (of any blood type) did not donate to “make up for the loss” of blood that the X hospital's blood bank would undergo.

In her denouncing letter, Sanja tells of a heartbreaking episode at the X hospital: 'Some time ago, another woman was hospitalized there after an accident. She was getting better, she was doing physiotherapy when one morning she never woke up. Reasons still remain unknown. The year before, in the same hospital, the woman's husband had been taken in for a non-existing tuberculosis. A few days later, he fell and banged his head in the bathroom, dying, amidst the indifference of the nurses who should have not left him alone or allowed him to move, since he could not keep his balance and was dazed because of the medicines. The same nurses go unpunished'.

The daughter of these two victims of medical malpractice, Sanja tells, gathered the testimony of a hospital's legal doctor, who confessed to feeling lonely in her fight against a corruption system rooted deep into society and deep into people's conscience. A system by which all requests for money outside the legal channels are legitimate, ordinary, part of the status quo. Besides the ethical and moral decay, many healthcare facilities in Serbia show signs of serious material decay. The X hospital, unfortunately, ranks first on this sad list. Sanja writes that 'The buildings are very old, not well-kept, small for the number of people and services they should provide; the interiors are hygienically inadequate to host the sick: in the various wards, besides the lack of clean sheets, the dust, the dirt and the falling plaster, there are cockroaches and other insects'.

After being successfully operated on at the Y hospital in Belgrade, Grandmother Jelena went back home in her town. For some time, she will have to go to the hospital to undergo regularly dialysis. This tragic experience, however, has left deep marks on her and her family. In her letter, Sanja uses two very strong words: mistrust and resignation. Mistrust of a system that is opaque and hostile to its patients; instead of being safeguarded, they are often subjected to arbitrary treatments, intimidation and even blackmailing. Resignation for what Sanja calls 'a tacit agreement', aimed at enriching the few at the expense of those who have less, and which seems to be so spread out and rooted, leaving no way out.

As Sanja states, 'It is all about who you know and everything falls on the budget, more or less small, of each family. The right to health, sanctioned by our constitution – as it should be in every democratic state that claims itself as such – is constantly ignored and violated. Every action, every word is moved by indifference towards the sick and slavish reverence for budget and inhumanity'.

The Anti-corruption Agency, a governmental body, has recently conducted a research on the integrity of the health institutions. About 1,500 users were interviewed, along with 1,000 staff. Results confirm corruption to be a widespread practice. Almost 20% of the users in hospitals and clinics admitted to having paid kickbacks to the healthcare personnel, in many cases on overt request. The research also casts a light on a particularly widespread habit that borders on corruption, which is to give doctors and nurses presents or small amounts of money as gifts. Though this practice is often depicted with a hint of romanticism and as a cultural inheritance from the past, it is actually based on a rational and cold calculation. Half of the interviewees, indeed, thinks it basically is an effective way to speed up procedures and ensure better treatment for themselves. This last datum is fundamental to understand the nature of the problem.

In order to reproduce itself, every system that is oppressive or corrupt needs a certain degree of “complicity” from its victims. Therefore, if on the one hand it is imperative to condemn the doctors demanding money to provide the services the citizens have a right to access, on the other it is necessary to investigate the (rational) forms of adapting that users develop to cope with the unjust demands of the system. One of these forms, and possibly the most dangerous one, is silence, holding your tongue before injustices, for fear or convenience. It is for this reason also that we have decided to make the content of Sanja's letter public. She is a citizen who has chosen not to remain silent.