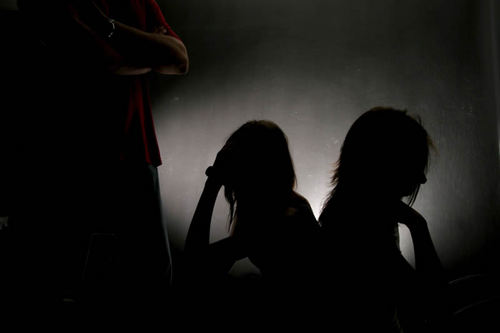 The biggest ever criminal proceedings in Macedonia started in April bringing to trial 28 people accused of human trafficking. They are accused to have been part of a well organized transnational network that has been smuggling migrants from Macedonia into Greece

The biggest ever criminal proceedings in Macedonia started in April bringing to trial 28 people accused of human trafficking. They are accused to have been part of a well organized transnational network that has been smuggling migrants from Macedonia into Greece.

In a number of coordinated arrests towards the end of last year Macedonian police broke an international chain of traffickers from Macedonia, Bulgaria, Albania and Serbia. The defendants comprise policemen, customs officers, cab and truck drivers. They were all part of a well worked out scheme for smuggling migrants into Greece.

The arrests were a result of a police action that has been prepared for 6 months and had a code name "South", likely because the main criminal activities were taking place in the southern part of the country, at the border crossing of Bogorodica, near Gevgelija at the Macedonian - Greek border. The police have been following the network for a long time. It had been tapping the suspects' phones, had them monitored by cameras, had used infiltrated operatives.

The trial, which started on 11 April, is definitely, in terms of number of accused, the biggest ever criminal court case in the history of Macedonian judiciary. The group of accused is so big that the trial had to take place in the grand hall of the Supreme Court, for reasons of space, as opposed to the regular courtroom of the basic court in Skopje as jurisdiction would require; some of the 32 lawyers engaged in the defense complained on the first day of the proceedings that they had to sit too far in the back and could not work properly - as defendants occupy several of the first rows in the courtroom. The judge denied the motion to separate the case into several smaller ones as due to the nature of the criminal activity standing trial this is considered to be "organized crime" of serious proportions.

In the big bust last December which started the finale of the operation, the police found 16 migrants hidden in a special compartment of a truck at the border crossing of Bogorodica. Most of the migrants were Albanians who were entering Macedonia legally and were then taken on by the criminal network which was transporting them by different means through the territory of the country before it would transfer them over to Greece.

"They had smuggled 44 Albanian citizens", said Mr. Borce Pesevski, chief of public relations of the Macedonian Ministry of the Interior, "they have been charging from 1.200 to 1.600 euro per person".

Some of the members of the network, including two organizers on the Albanian side are still at large. Apart from migrants the group is also charged for smuggling of stolen vehicles.

The judge denied bail for all of the accused. They will be in custody during the trial. The only motion the court allowed at the beginning of the proceedings, is the one for psychiatric examination of the lead defendant, Mr. Dejan Stamkov from Gevgelija, who has been complaining of mental problems.

Trafficking became front pages in Macedonia a few years ago with the case of Dilaver Bojku who was the boss of the illegal brothels employing trafficked women from Eastern Europe. He was hesitantly arrested (so feared was he) after a lot of nagging by the international community; fled from prison as jail guards were even afraid to hold him, then eventually re-arrested in Montenegro.

Macedonia is on the route of major crime channels connecting Europe and Asia, and is a destination country for many victims of trafficking, together with other countries from the Balkans.

Migrants who enter the organized chains for smuggling are often at risk of violence and mugging. Women are at much greater risk than men. Having entered the channel with the desire to go, for example Greece, to get a seasonal job in agriculture, they can end up in a place where they would be kept in confinement and be forced to prostitute themselves. The process of smuggling across borders itself is risky for the migrants. Two Macedonian citizens and one Kosovar were discovered dead from suffocation by the Italian police in the hidden compartment of a truck which was smuggling them into Italy early March.

Macedonia changed its criminal code in order to bring into compliance with the UN protocol on trafficking in human beings, better known as the Palermo Protocol, back in 2004. Under new legislation trafficking of people is provided for as a separate criminal act and a minimum sentence of 4 years is foreseen for perpetrators.

According to international experts, it takes harsher sentences and better law enforcement in order to effectively fight human trafficking. Courts should also more often consider, in addition to prison sentences, confiscation of property obtained through or used in the criminal acts, such as the bars and the clubs where victims are confined and forced to perform sexual services.

The State Department report on trafficking for 2005 listed Macedonia among the countries which do not fully comply with the minimum standards against human trafficking.

According to the NATO chief in Skopje, Mr. Lutz-Herbert Seidel "it takes a close cooperation of all actors involved, governmental and nongovernmental, to fight that worst of crimes".

In a more recent series of raids Skopje police discovered and closed down several brothels located in flats in the very centre of Skopje, which were employing women victims of trafficking.

"The perception of trafficking should be changed, in order to make people understand that it is a serious crime and a human right violation" stated recently Mr. Stevce Jakimovski, Minister of Labor and Social Affairs, at the occasion of a recent public debate on trafficking organized jointly with the OSCE.

Although smuggling of migrants is (in the eyes of the law) a lesser crime than trafficking in human beings, they often go together in the grim reality of clandestine life, and it is difficult to tell where one ends and the other begins.