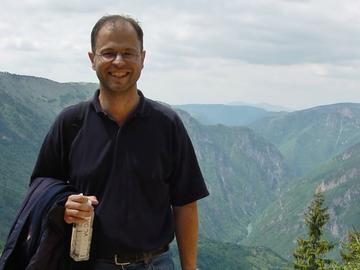 The European and International Federations of Journalists, EFJ/IFJ, together with the Media Union of Montenegro, have called for the release of the investigative journalist Jovo Martinovic, urging the Montenegrin courts to ensure him a fair trial.
They say the case of the reporter, who has been behind bars for almost a year, has given rise to deep concern about the court proceedings.

He is charged with membership of a criminal organisation and with drug trafficking.

EFJ president Mogens Blicher Bjerregard and IFJ president Philippe Leruth urge the authorities to consider his journalistic work as an explanation for his alleged contacts with drug traffickers.
"Martinovic has insisted he is not guilty, saying his contacts with the other suspects were purely linked to his work as a journalist. His interactions with two of the other 17 suspects in the alleged drug-trafficking were part of his journalistic work," they said.

Over the last 15 years, Martinovic has worked on the several high-profile journalistic research projects which have been published in the some of the world’s most influential media, exposing war crimes and organized crime across the Balkans.
Martinovic’s research formed the bedrock for an investigation which has received intense media coverage - allegations of organ-trafficking and other abuses by the Kosovo Liberation Army, KLA, the insurgent force that took on the Serbian police and miilitary in the 1990s.
He also worked on a radio documentary called "Massacre at Cuska", which looked at the killings and deportations carried out during the war Kosovo, which helped to prompt NATO to start carrying out air strikes against the then state of Yugoslavia.
"In line with international standards of the Council of Europe, the courts must take account of his status as a journalist. The criminalisation of journalists who specialize in sensitive subjects poses an imminent threat to press freedom," the letter sent to Djukanovic said.

It also reminded the Montenegrin government that it is required to respond to the alert about the Martinovic case that was registered on the Council of Europe’s platform for the protection of journalism on April 13.